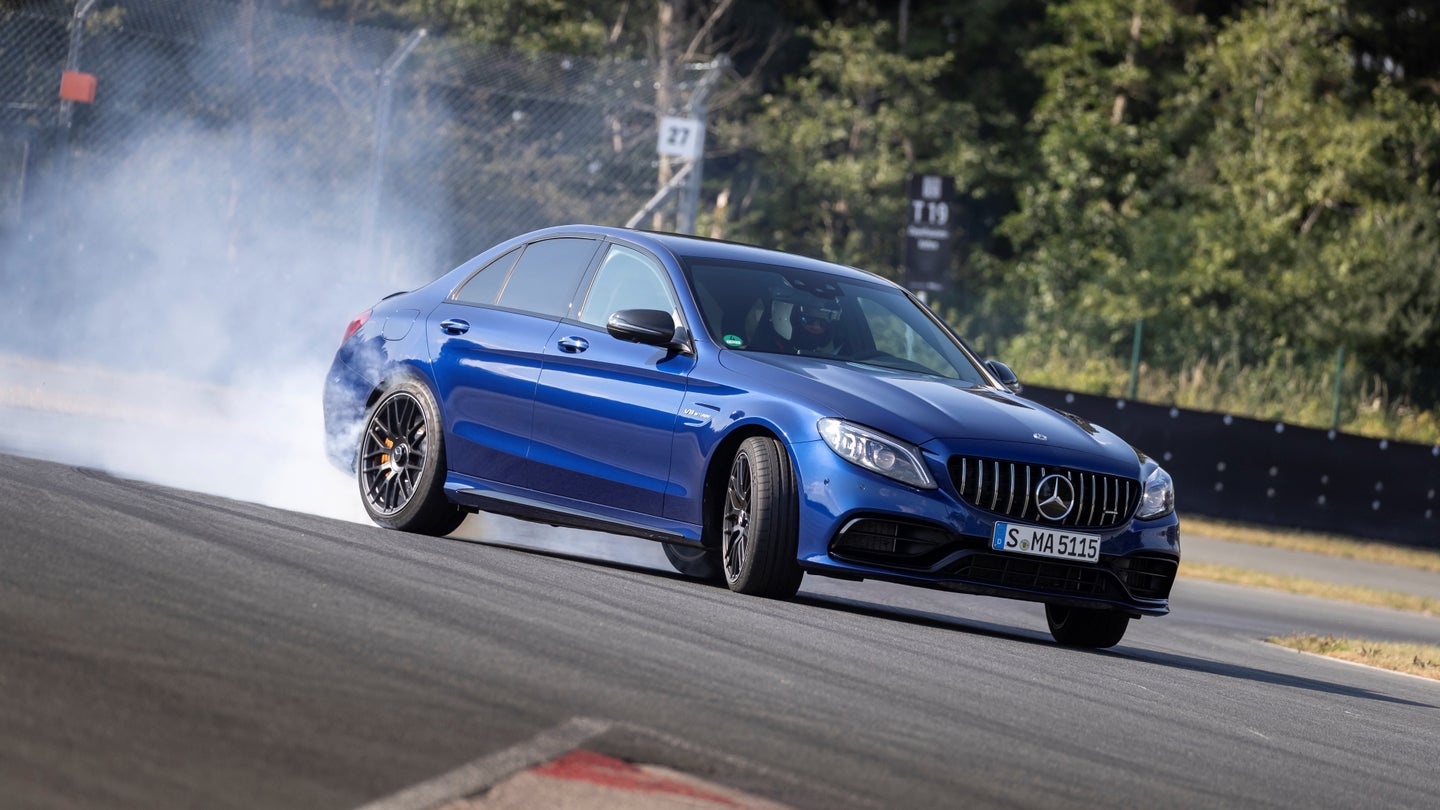 Those who believe a true Mercedes-AMG machine should exclusively be rear-wheel-drive, look away now. According to anonymous sources speaking to Top Gear, the next-generation C63 will get Drift Mode-enabled all-wheel-drive, just like its E63 big brother. It'll very likely mark the end of AMG's rear-wheel-drive, tire-shredding super sedans.

(Mercedes aficionados will point out, however, that the S65, which is still very much a Mercedes sedan and undeniably super, is still offered with RWD. But that's a $230,000 limousine that's likely on its way out and not really a sports sedan in the same sense the C63 and its competitors are.)

Given where the German super sedan genre has been headed in recent years, we can't say this news is all that surprising. Along with the aforementioned E63, even the BMW M5 has gone part-time RWD with AWD being the default. According to a previous rumor, the next M3 will apparently also be available in an xDrive AWD model with a pure RWD version being offered alongside it. Audi, meanwhile, has specialized in Quattro AWD for decades and is probably twiddling its thumbs smugly right now, watching everybody else play catch-up.

The report goes on to say the next C63 will be out in 2021 and keep the current car's 4.0-liter twin-turbo V8. Power will likely increase with the S model predicted to put out 542 horsepower, up from the 503 present in today's model. In AWD mode, zero to 62 miles per hour will probably take around three seconds.

We've reached out to Mercedes for comment and will update this story when we hear back.