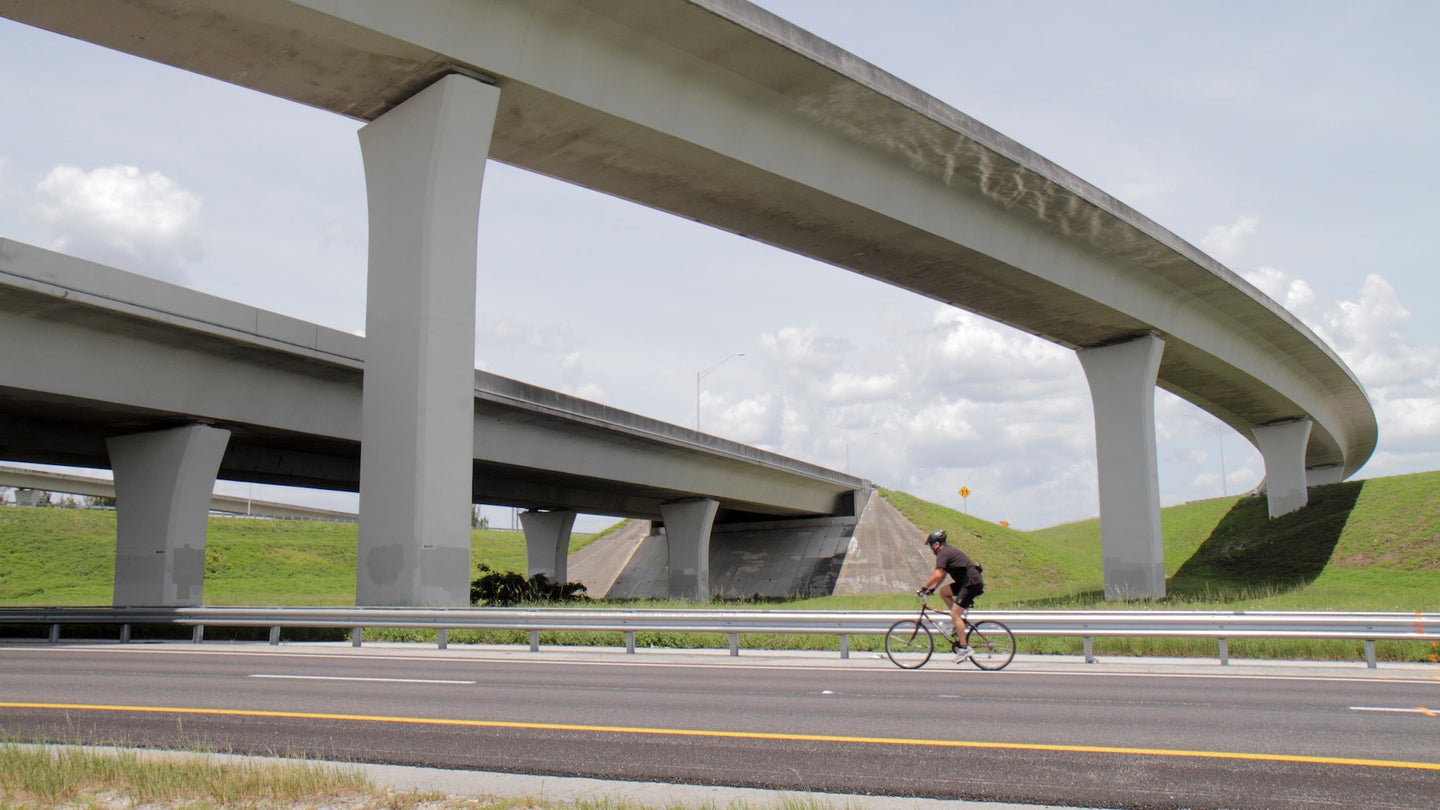 The Florida Highway Patrol is investigating an accident that saw a woman in her 90s crash her Chevrolet into four bicyclists in Venice, Florida on Tuesday, WFTS reports.

The bicyclists were riding on the right bicycle lane of Center Road at around 10:26 a.m. on Tuesday, when an attempted lane change to the left resulted in a collision with an approaching Chevrolet and all four people on their bikes. As it stands, the group of cyclists, one woman and three men, are in critical condition. Three of them were airlifted while one was taken to the hospital via ambulance. The accident site, photographed below by Tampa Bay Traffic, paints a severe picture of the collision.

The Florida Highway Patrol said the driver of the Chevrolet was a woman in her 90s, and asked people to circumvent the accident site on Center Road and Rockley Boulevard. Locals added to the conversation, stating that this particular area is one fraught with danger for both pedestrians and cyclists.

“It doesn’t surprise me that someone was going to get hit at some point, that’s why I always ride on the sidewalks,” Mike Campisi told WFTS.

Meanwhile, Sarasota County Emergency Services chimed in early Tuesday morning via Twitter to both inform residents of the accident and urge everyone to stay clear of the scene.

Cyclists and pedestrians are inherently the most exposed when it comes to joining motorized traffic. Without a sturdy shell protecting them from other vehicles on the road, the two groups can often bear the brunt of vehicular mishaps. It was only in August that we reported on a hit-and-run driver suspected of killing a cyclist in Washington. The victim was found hundreds of feet from the road, with only a mangled bicycle in a nearby ditch leading to suspicion. In March, a woman merely attempting to cross the road was killed by a car with self-driving technology.

As it stands, the four bicyclists in Venice are in critical condition and under professional care at local hospitals. The investigation is ongoing. Stay tuned.