A Florida man is incredibly lucky to have walked away unscathed from an incident that otherwise seems like something out of a Final Destination movie. Authorities responded to a multi-vehicle incident on Interstate 95 Tuesday afternoon and upon arrival at the scene, they were shocked to find a Chevrolet Corvette C7 with a roadside traffic sign sticking out of its rear hatch after it dramatically impaled the sports car.

The Florida Highway Patrol states that the incident occurred around 3:30 p.m. Tuesday near the Pembroke Road exit. However, upon initial investigation, they have no clear idea as to how the sign ended up crashing through the Corvette.

“I didn’t even see it. It just happened really fast,” the driver told local Miami news affiliate 7News. “When I was coming onto the interstate, the sign went airborne, I guess it was already airborne. I didn’t even know.”

Investigators said the sign normally indicates the location of the on-ramp merge from Pembroke Road and it’s possible that the preceding accident caused the sign to fly up in the air, ultimately landing in the Corvette in a case of unfortunate timing.

“It’s scary. I thought somebody smashed into me. I didn’t know it was a sign until I pulled over and got out of the car,” the driver continued telling reporters.

The original incident involved four other vehicles, but thankfully, no injuries were reported. Emergency responders did, however, transport a woman to the Memorial Regional Hospital in Hollywood for shaken nerves after the airbags deployed in the vehicle she was riding in.

Crews and the FHP helped the driver remove the sign from his beloved Corvette following the incident.

Got a tip? Send us a note at tips@thedrive.com 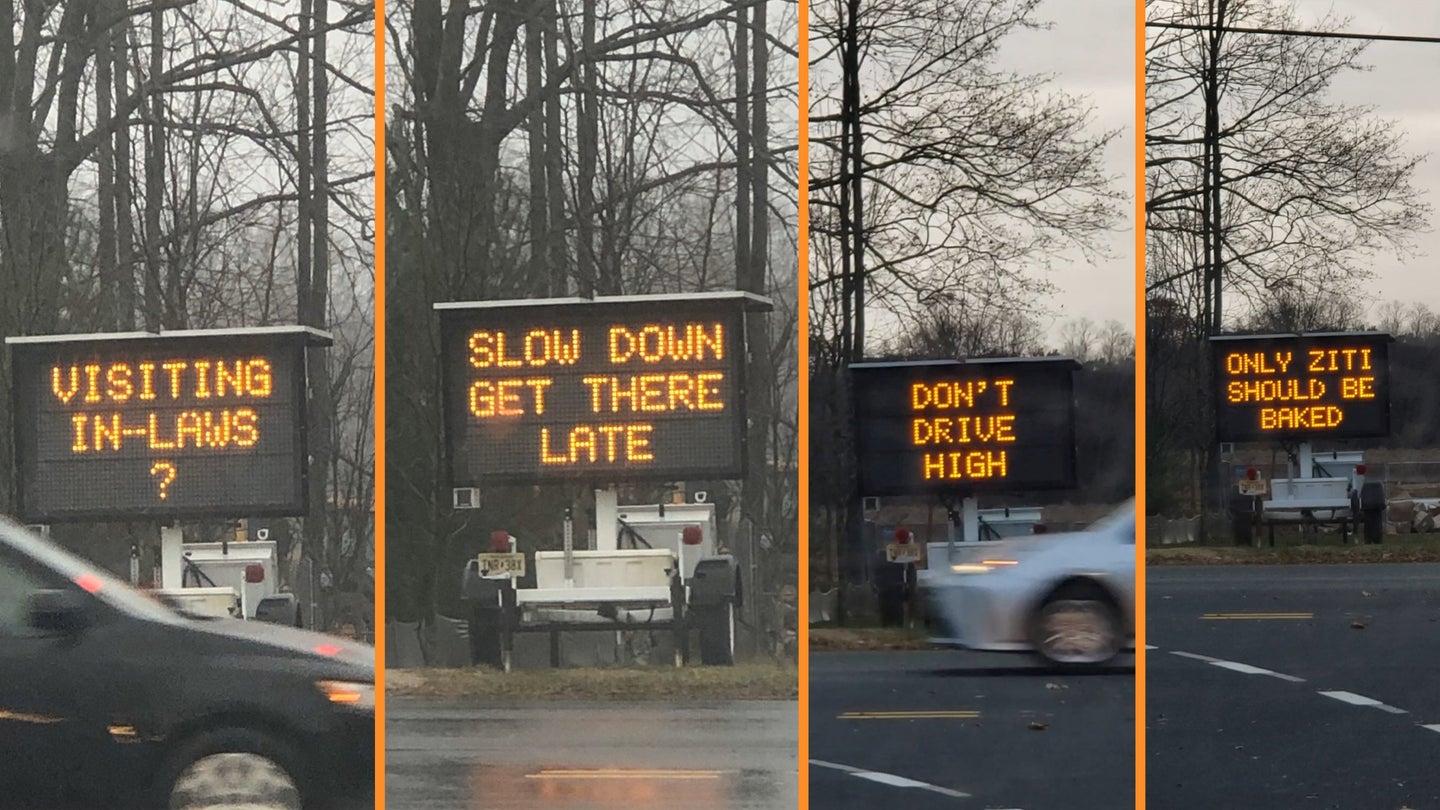 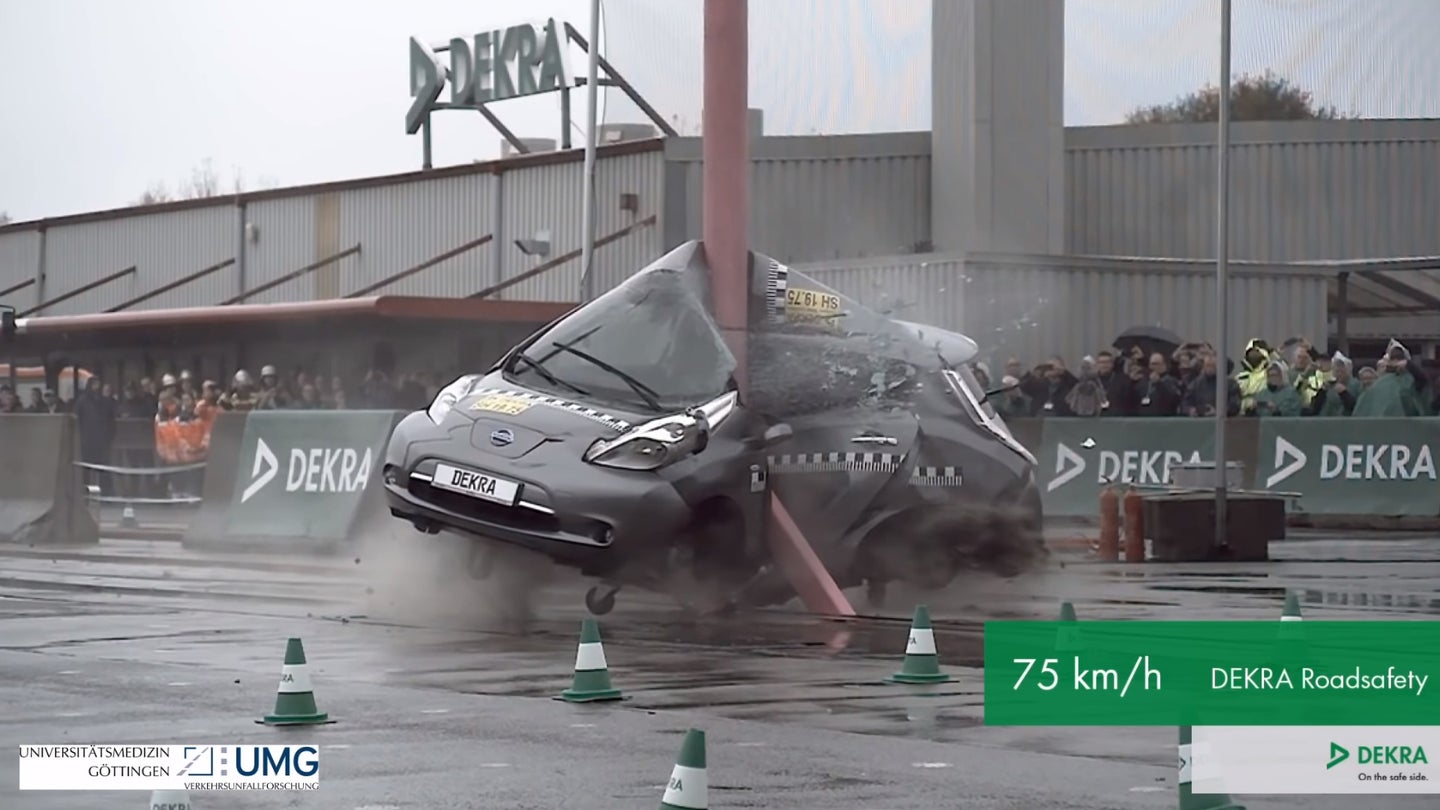 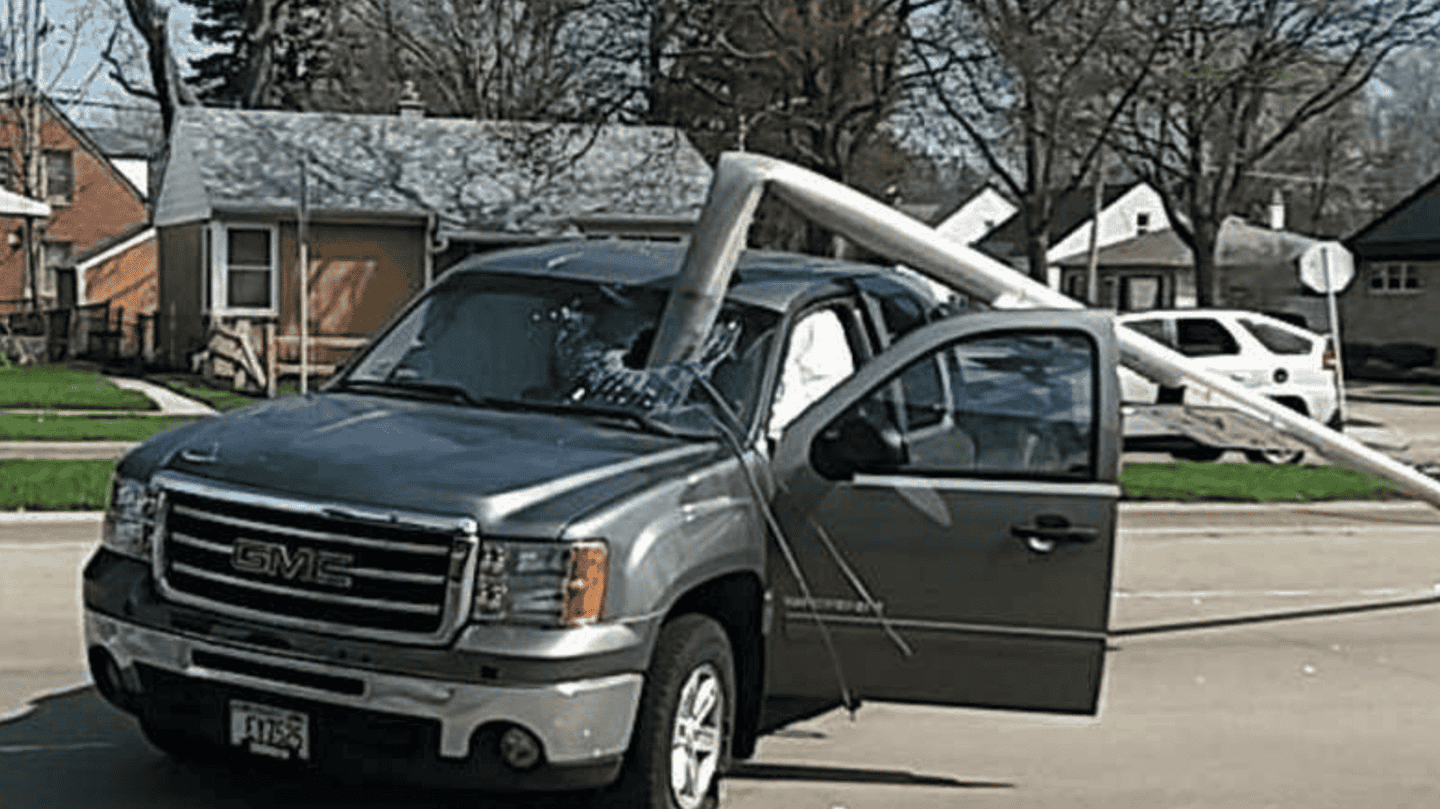 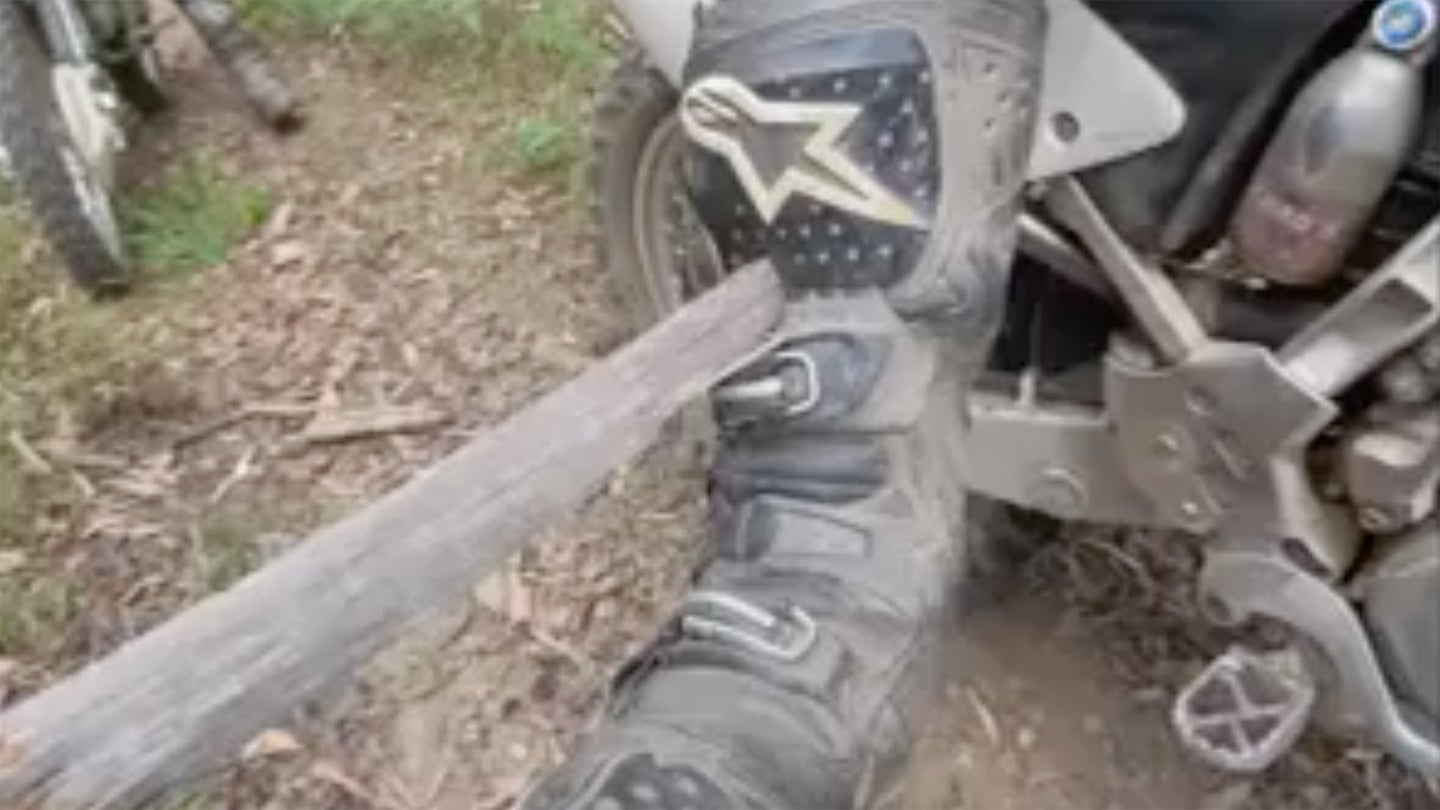 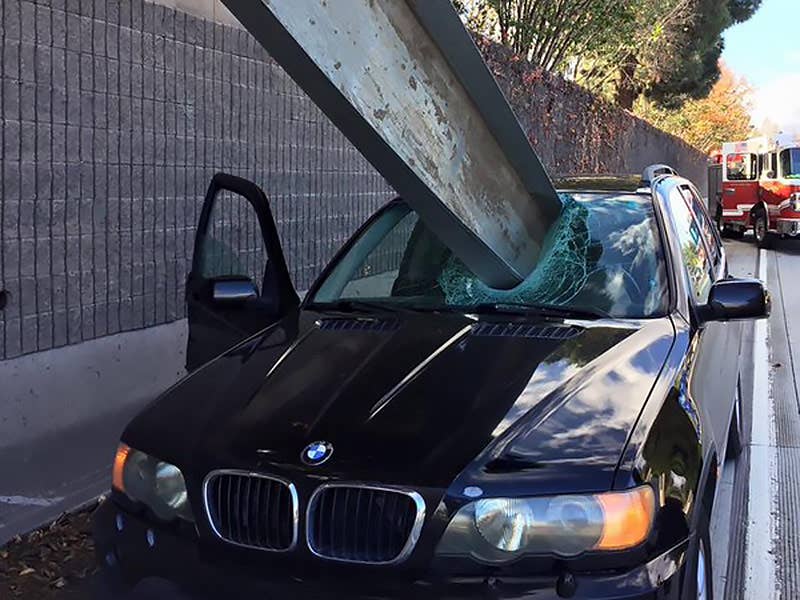