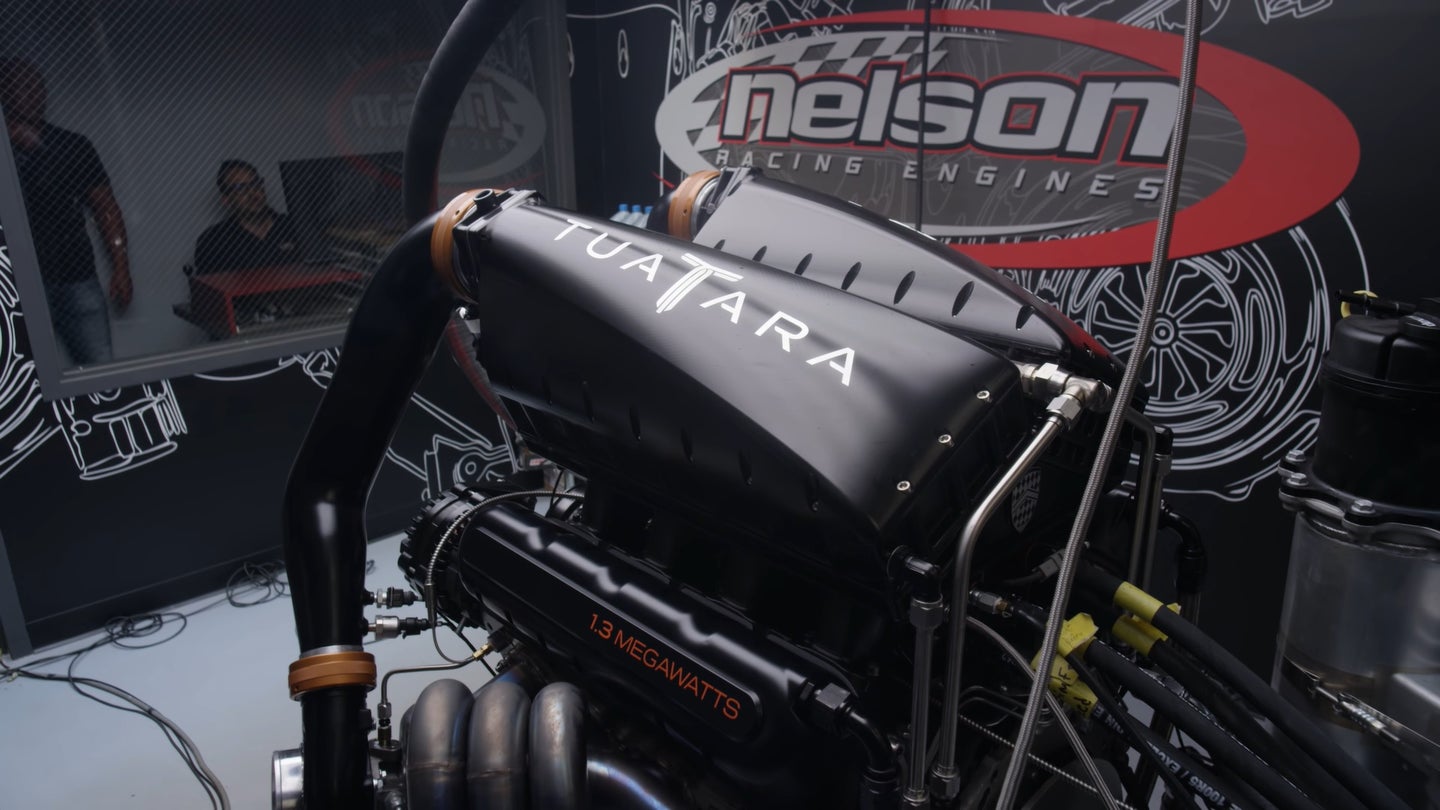 Revealed at Pebble Beach earlier this year, the SSC (née Shelby Super Cars) Tuatara hypercar will succeed the Ultimate Aero and take the fight to the Koenigsegg Agera RS and Bugatti's Chiron for the "fastest production car ever" crown, one that the aforementioned Koenigsegg currently wears.

To help it do that, the Tuatara will be powered by a 1,750-horsepower, twin-turbo, 5.9-liter, flat-plane crank V8 with an 8,800-rpm redline. Sounds ridiculous, doesn't it? Figuratively, yes. Literally, also yes, as demonstrated by a recent bench test of the motor that SSC was kind enough to film and release for public consumption. Put your best headphones on, boys and girls.

That headline-ready figure of 1,750 horsepower is said to be achieved on E85 fuel while regular 91 octane yields "just" 1,350 horses. And no, before you ask, this isn't some 'roided up version of a crate motor purchased from Mercedes-AMG or what have you but "a bespoke engine, designed and built from the ground up for the Tuatara," says SSC.

Sending all that grunt exclusively to the rear wheels is something the hypercar builder calls a seven-speed "computerized manual with robotic shift" transmission. Sounds a bit like that pneumatic auto-manual kit we reported on over the weekend.

In any case, the SSC Tuatara will weigh 2,750 pounds dry, be more slippery in the wind tunnel than the Chiron, Agera, and Hennessey's Venom F5 (the SSC rocks a drag coefficient of 0.279 while its competitors all surpass 0.33), and exceed 300 miles per hour.