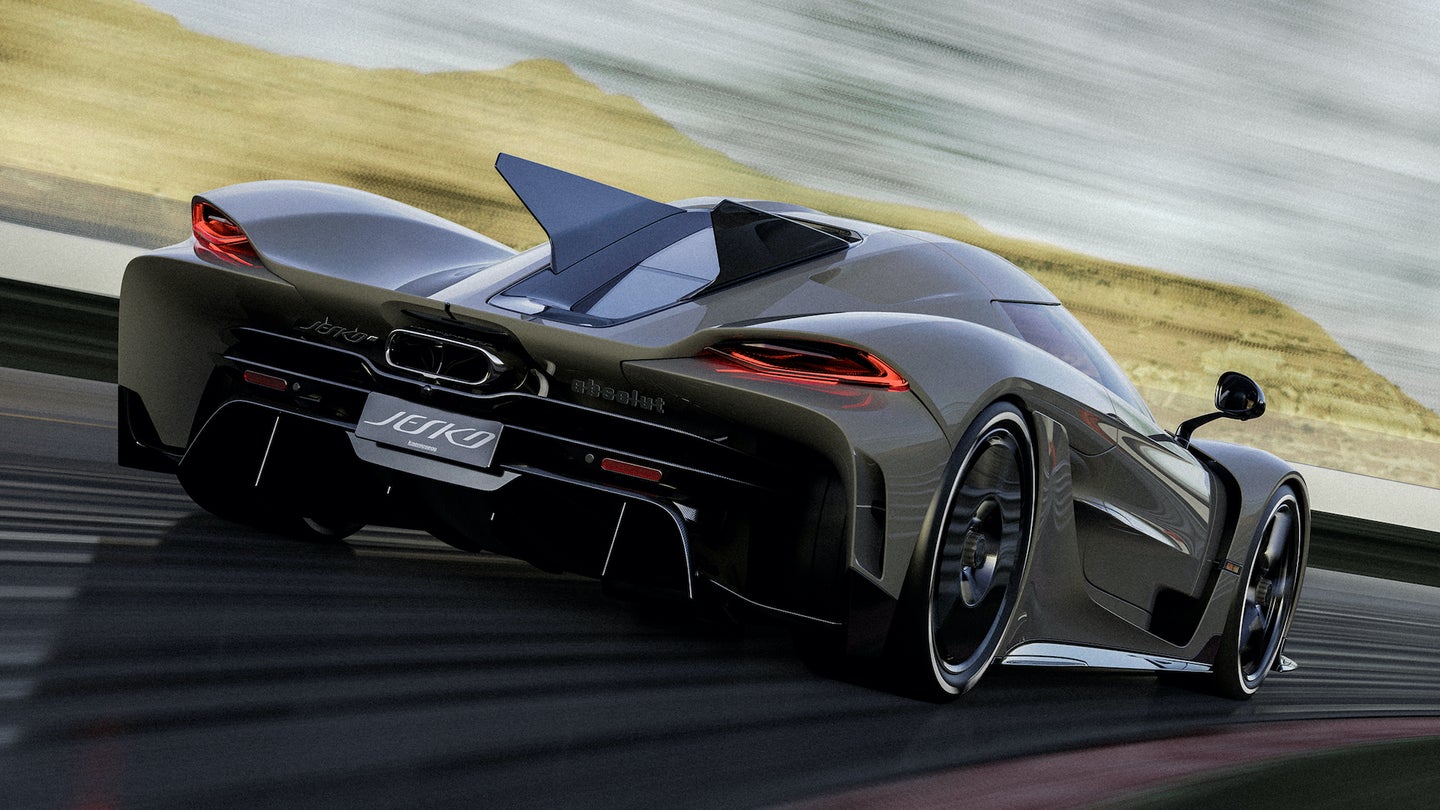 Bugatti may have been the first to break the 300-mph barrier with a modified Chiron, but the race to build the first 300-mph production car is still on. Maybe not for long, though, because Koenigsegg hopes to lay down the gauntlet with what Christian Von Koenigsegg says will be "fastest Koenigsegg we will ever endeavor to make;" the Jesko Absolut.

Koenigsegg designed the Jesko Absolut with the singular purpose of achieving "higher, more extraordinary speeds than any Koenigsegg or any other fully homologated car before it." Doing so required stripping the track-spec rear wing from the normal Jesko to achieve a drag coefficient of just 0.278, a thousandth less than that of the 1,750-horsepower SSC Tuatara. Cracking 300 can't be done with minimal drag alone, of course. Any prospective member of the 300 club needs mind-blowing power output, and the Jesko Absolut doesn't disappoint.

Powered by Koenigsegg's 5.0-liter, twin-turbo V8, the Jesko Absolut can—if fueled on E85—produce up to 1,600 horsepower and 1,106 pound-feet of torque. Koenigsegg won't yet say how fast it thinks this can make the Jesko Absolut go, though "looking at the math and our advanced simulations," the Swedish supercar maker says "it will be unbelievably fast" in the highest of its nine gears.

As it's no Bonneville racer, the Jesko Absolut can't afford to trade handling or livability for its possibly world-beating straight-line speed. Like the winged Jesko, the Absolut has an electronic locking differential, advanced stability control, and double-wishbone suspension to make it a blacktop ballerina. Both Jesko variants have removable roofs, but because of the Absolut's softer suspension, lower drag, and a slightly lighter curb weight of 3,064 pounds, it's arguably a better, more efficient cruiser.

Koenigsegg didn't limit itself to surprising the world with just one hypercar on Tuesday, of course; the Jesko Absolut shared a tandem reveal with Koenigsegg's first family car, the Gemera. Though it may be a three-cylinder hybrid with four seats and an ostensible emphasis on practicality, the Gemera's 1,700 horsepower, zero-to-60 time of 1.9 seconds, and a price tag of $1.7 million make it undeniably a Koenigsegg at fiery heart.

As for the title of World's Fastest Production Car, well, we're likely going to be waiting some time. It took closing 14 miles of Nevada desert for Koenigsegg to go after the record with the Agera, and given the Jesko Absolut is faster, the team might need a longer runway or access to Bugatti's Ehra-Lessien (not likely). Whatever it's true top speed, though, it'll be faster than your car. Do you have an Accord? Yeah, it'll be faster than that.