The Koenigsegg Jesko's Naked Carbon Body Is a $443,400 Option 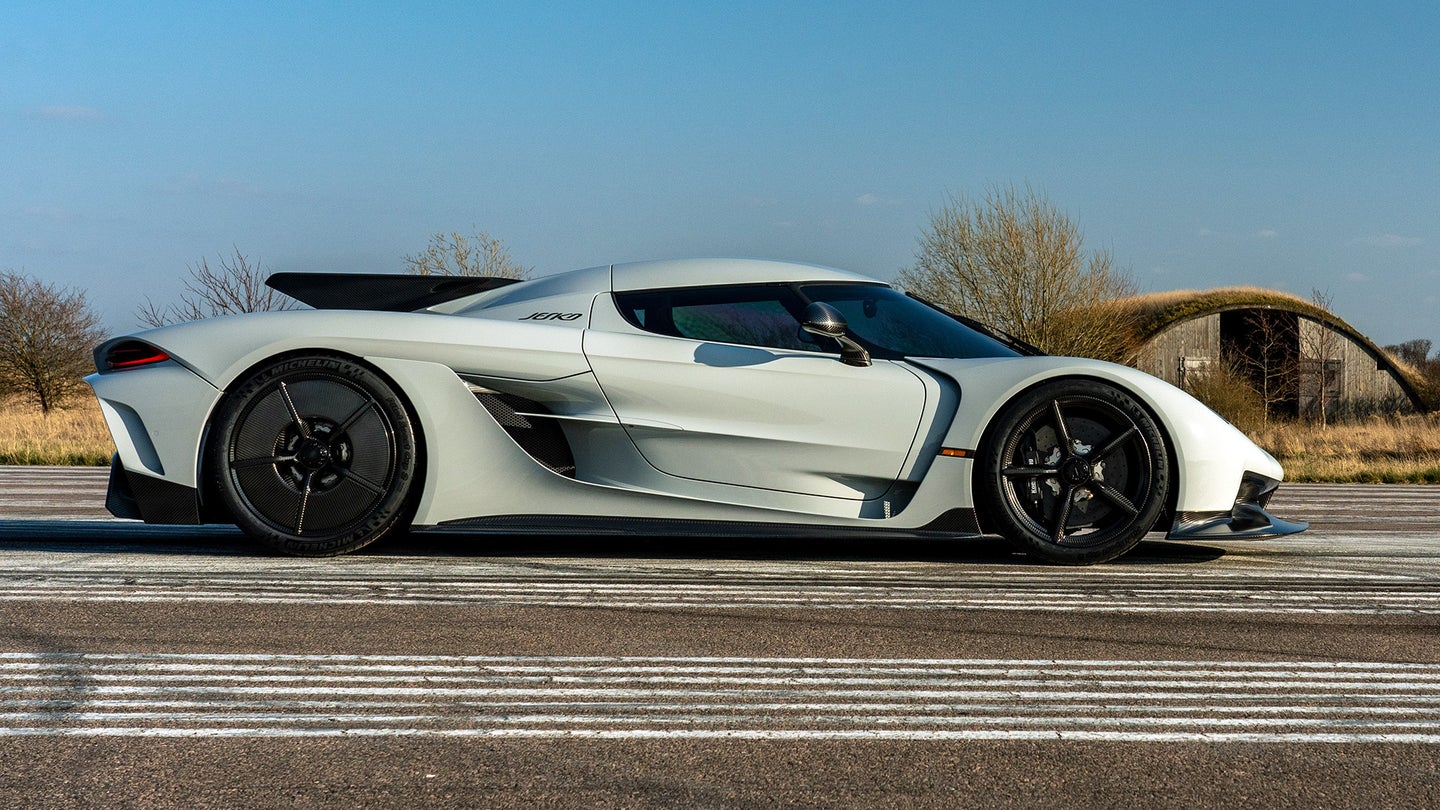 No more than 125 individuals got a password to Koenigsegg's Jesko configurator, but as Motor1 points out, businessman Manny Khoshbin happens to be one of them. Thanks to his latest video, we can learn that past the very expensive paint and simply outrageously priced Aircore carbon fiber wheel options, the already $3 million hypercar also offers a fully exposed carbon body using Koenigsegg's Naked Carbon (KNC) process in exchange for a mind-blowing $443,400. To put that into context, that figure is very close to the price of a Ferrari 812 Superfast with the twist of a Porsche GT3's worth of options thrown at it.

Back in 2016, MSO began selling exposed carbon conversions for the McLaren P1, which cost over $300,000 a pop. That was certainly steep, but Woking argued that because the option came out after the P1's production run, a complete disassembly and reassembly was required instead of the job being just a special order down their assembly line. Tinted exposed carbon is also a different method, something Koenigsegg also offers if naked carbon seems too extreme.

While ticking the KNC box is a nearly $450k move, a simple clear coat over the carbon is a much more reasonable $292,000. Go for the same exposed weaving tinted green, blue, red or purple, and you're looking at $346,100 over base. For that, one could only buy a generously specced Aston Martin DBS Superleggera, a car clearly aimed at the peasantry.

Koenigsegg says the KNC is a very labor-intensive process due to not involving any lacquer, varnish or alternative coating. Instead, the thin layer of epoxy that normally covers autoclaved cured carbon pieces is carefully removed by hand polishing, which gives the body "a more metallic graphite appearance" due to the graphite strand being fully exposed. This pure state of carbon is also harder than any surface coating could be, and unlike coated carbons, cold to the touch. Introduced on the Regera in 2019, the KNC method has been previously tested over several years by leaving samples exposed to the elements outside.

The 1,600-horsepower Jesko sold out immediately after its debut, with Koenigsegg launching its Absolut version since, leaving it to the customers to choose between the track-ready big-winged car and the fastest model they ever intend to make. With the overall run totaling 125 units, the final ratio between the two is entirely up to demand.

Needless to say, a few customers will have no problem forking out more than $4 million for a maxed-out KNC variant, begging the age-old question: what recession?