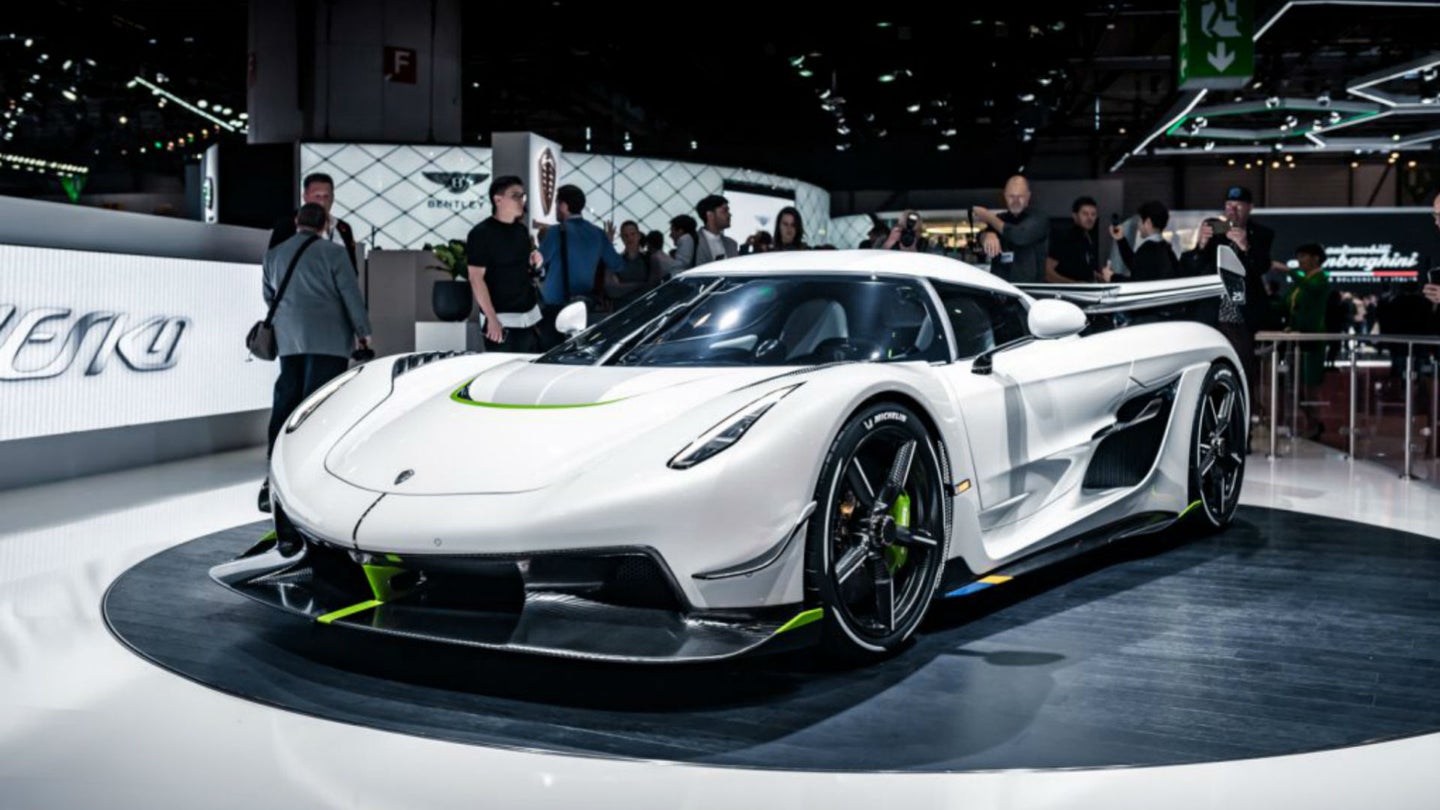 The uber-powerful, uber-expensive Koenigsegg Jesko has already sold out, just two weeks after its debut at the Geneva Motor Show.

Koenigsegg plans to build 125 units of its latest hypercar and announced Tuesday that it has already sold every build slot. The Swedish manufacturer sold 83 of them before the car was even revealed, and it only took five days for the remainder of the reservations to fill up. A number of cars were also sold to dealerships worldwide for customers that could not make it to Geneva earlier in March.

"The new Koenigsegg Jesko is the highest volume production run we’ve ever planned," said Koenigsegg founder and bossman Christian von Koenigsegg. "For it to have sold out within days of its unveiling is both humbling and a wonderful testament to the outstanding crew we have at Koenigsegg. From the visionary work of our designers, engineers, and technicians to the incredible job done by our sales team and our global network of Koenigsegg dealer—it took a great team to bring the Jesko to the world.

Named after Christian's father, the man who sparked his automotive addiction, the Jesko is the pinnacle of Koenigsegg's technical and engineering expertise. As the successor to the vaunted Agera model, nearly everything about the Jesko is new, from its carbon-fiber monocoque chassis to its twin-turbocharged, flat-plane crank V8.

What isn't new is the car's philosophy of massive horsepower and colossal performance statistics. That aforementioned 5.0-liter V8 sends 1,600 horsepower (on E85 biofuel) and 1,106 pound-feet of torque through a nine-speed, seven-clutch transmission. According to Koenigsegg, the Jesko will be the first car to make that magic 300-mile-per-hour target a reality.

The 125 lucky buyers can choose between "track" and "top speed" Jesko variants, both of which Koenigsegg promises will be street-legal worldwide. If it's anything like the Agera RS, the Jesko's appearance will also be fully customizable to each buyer's liking.

Koenigsegg plans to start assembling the Jesko at the tail end of 2020 and will build one car per week.

The rest of the best from Switzerland.