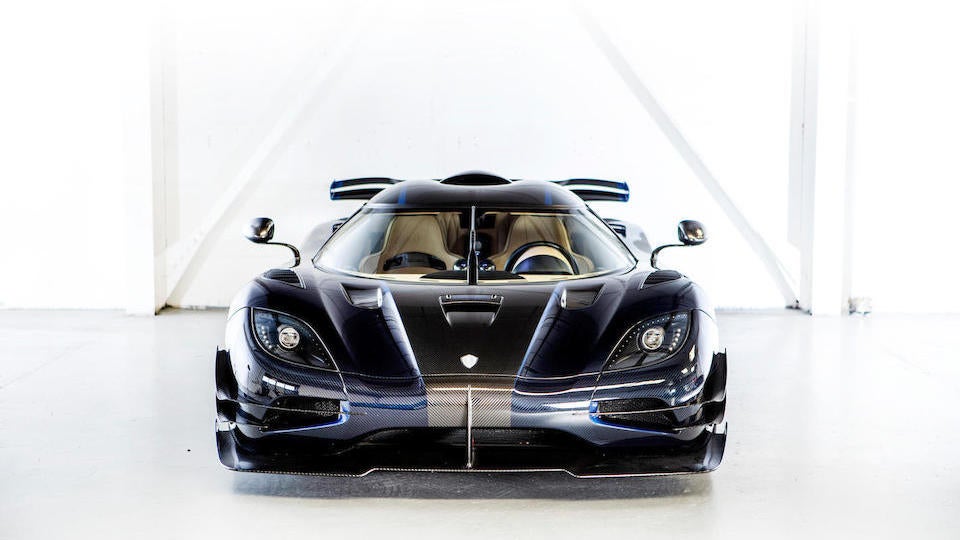 A one-of-six Koenigsegg One:1 confiscated from the son of Equatorial Guinea's dictator Teodoro Nguema Obiang Mangue, was sold at a charity auction for over $4.6 million on Sunday.

The auction, consigned by Bonhams, was held at a golf club in Cheserex, Switzerland, just outside the capitol of Geneva. This, the "Bonmont Sale," saw several of the corrupt former Guinean official's exotic hypercars sold off, including a rare Lamborghini Veneno Roadster which sold for $8.3 million. This Koenigsegg was the second-most expensive sale at the event with a hammer price of $4,617,811 contributing to a pool of over $27 million collected for charities in Equatorial Guinea.

This specific Koenigsegg has covered a mere 597 kilometers, or just 371 miles, meaning that its previous owner averaged 124 miles per year at most. Pricing information for the One:1 was never made public, but it was rumored to cost more than $2.85 million.

Koenigsegg manufactured just six One:1s on the basis of its Agera hypercar. Its 5.0-liter twin-turbo V8 produces 1,341 horsepower, or 1,000 kilowatts—one megawatt—which led to Koenigsegg referring to the One:1 as the world's first "megacar." This same engine later propelled the Agera RS across the Nevada desert to capture the record for the world's fastest production car, averaging almost 278 mph in a two-way test. That record has since been beaten by a heavily modified Bugatti Chiron, whose Super Sport 300+ variant is billed as being capable of reaching 304 mph.

Koenigsegg is expected to continue pursuing top speed records with the Agera's successor, the Jesko, which will have a gyroscopic instrument panel mounted to its steering wheel and a further-evolved version of the V8 that powers the One:1. On E85, Koenigsegg says the Jesko will generate 1,578 horsepower, which will put it on even footing against the Chiron Super Sport 300+.

That’s 1.8 seconds faster than the previous world record, which was also set by Koenigsegg back in 2017.