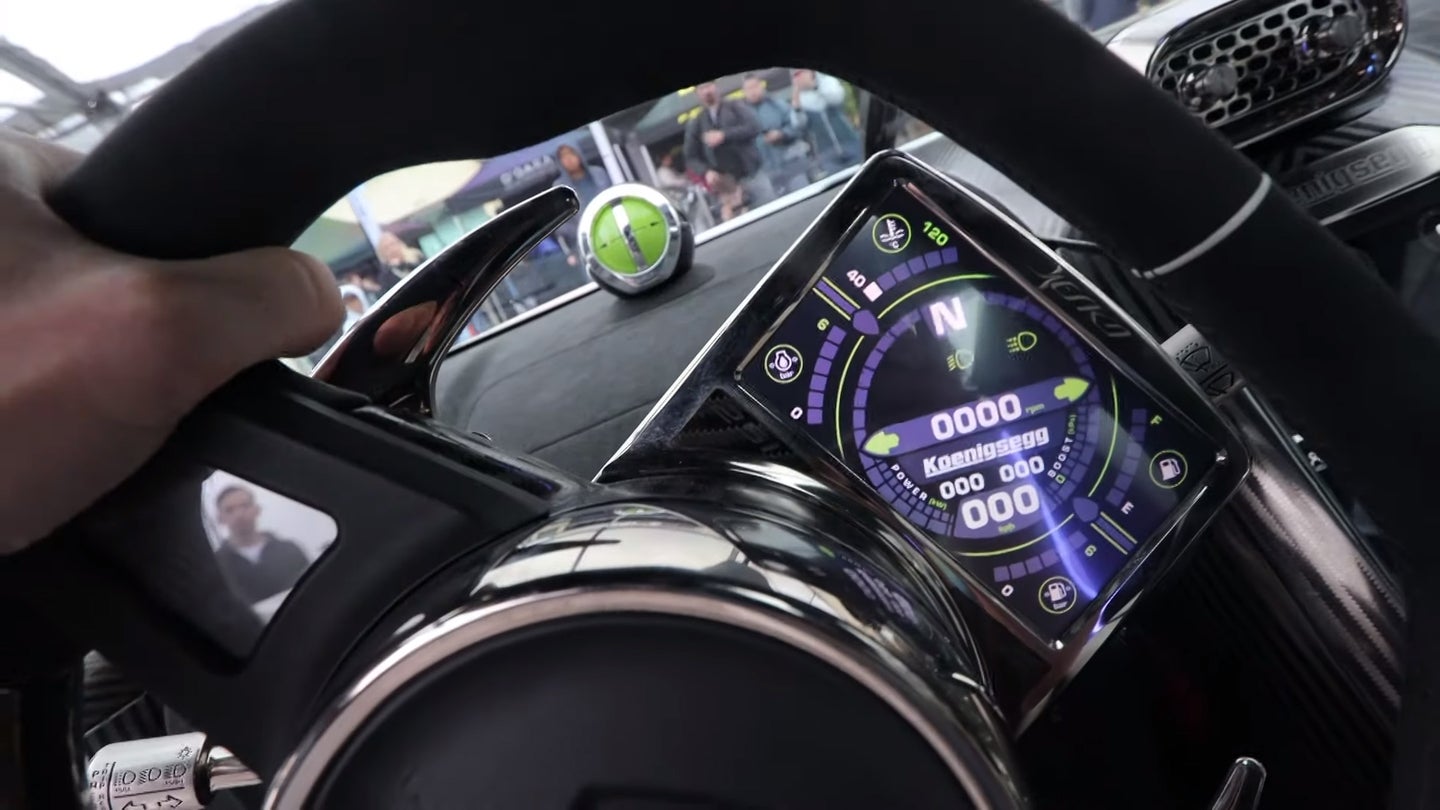 When Koenigsegg revealed the 1,600-horsepower Jesko it told the world that it had created the first "megacar," which is basically a bespoke hypercar capable of producing one megawatt of power. If you're in the market (and willing to stomach the eye-watering price tag of $2.8 million), you can enjoy all of the amenities that the Jesko has to offer, including an awesome steering-wheel-mounted display that doesn't quite act like a normal instrument cluster.

The Jesko's display is unique as it isn't mounted statically inside of the dashboard like a traditional vehicle, but instead, it's mounted to the steering wheel. This means that as the driver rotates the wheel to turn into a corner, the display rotates with it. Seems like it would be hard to follow, no?

Koenigsegg thought about that too. And while the driver's head still has to follow the display, the mind doesn't have to decipher rotated text and imagery. Instead, the cluster uses a gyroscope to rotate the important information inversely to the wheel's movement and keeping it upright.

In addition to the central display's important bits like the speedometer, tachometer and—perhaps to coolest of all—a power meter, it also has four small icons at each corner of the screen. Each of these represents changing conditions with the car, including engine coolant temperature and fuel level. It's a small nod to detail, but these icons will also rotate with the display to remain level as the steering wheel turns.

In total, there are actually three displays mounted on the steering wheel, including the gyroscopic one mounted at the top. If you look closely below the driver's thumb, you will see a small reflective surface at both the 3 and 9 o'clock positions. These small touch screens are actually used to control the audio system and Bluetooth calling as well as the intuitive active-lift suspension system.

While the limited run of 125 Jeskos is out of most people's budgets, it's still interesting to see the innovation that comes with some of the most expensive cars on the market. Sure, a steering-wheel-mounted display isn't something that you'd see in most modern cars, but not because of price—rather because it's difficult for the average driver to follow. Imagine being engaged in a tight turn and trying to eyeball your instrument cluster with a quick glance, only to realize that the display is closer to your lap than it is the windshield.

But that doesn't make it any less cool.

And then there was one.