That’s 1.8 seconds faster than the previous world record, which was also set by Koenigsegg back in 2017. 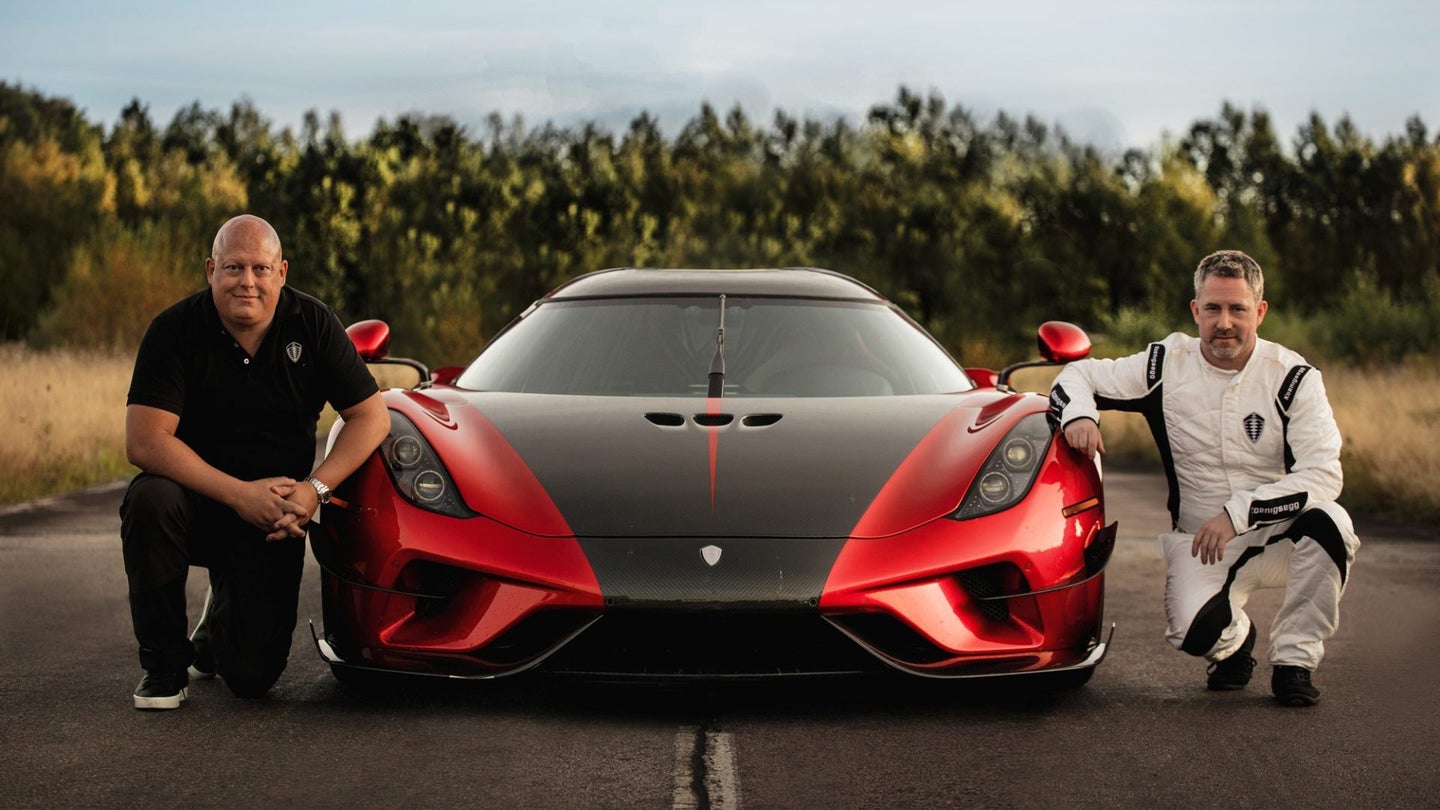 Bugatti has spent the good part of the last month basking in its post-304-miles-per-hour record glory, but now it seems Koenigsegg has had enough. The Swedish hypercar maker announced that it's broken its own 0-400-0 kilometers-per-hour record with its 1,797-horsepower Regera, sprinting from the metric equivalent of zero to 249 mph and back to zero again in just 31.49 seconds. The previous record set back in 2017 with the Koenigsegg Agera RS was already a staggering 33.29 seconds.

With Koenigsegg factory driver Sonny Persson behind the wheel at Sweden's Råda airfield, the Regera hit 249 mph in 22.87 seconds and covered a little over a mile. The remaining 8.62 seconds and approximately quarter-mile were spent bringing the 3,510-pound hypercar to a stop.

"This was a good opportunity to showcase the true capability of the Regera's one-of-a-kind Direct Drive transmission," said Christian von Koenigsegg. "As the Regera only has one gear we had to make use of it from standstill to the record top speed of [250 mph] limited by rpm."

"Priority has been given to acceleration and drivability between 0-[249 mph]—no more, no less," von Koenigsegg continued. "At any given time, the Regera can and will accelerate harder in that speed range than any other production car known to us."

Them's fightin' words, Bugatti. Koenigsegg's announcement also goes on to note that the record was accomplished using a fully homologated production-spec car with all of its luxury trappings and both seats intact. However, a roll cage and four-point-harness were fitted for driver safety.

The company added that while the weather conditions were practically perfect, Råda was not. Setting off, Persson apparently had to deal with less-than-ideal surfaces, bumps that had to be avoided, and general unevenness. Because of this, von Koenigsegg asserts that the Regera's got a bit more left to give.

"The proven numbers now show the greatness of the Regera," he said. "Having said that, we know we can improve these already impressive numbers on a track with better conditions."

Unlike its rivals at Bugatti, it doesn't sound like Koenigsegg is done with the ludicrous speed records. Von Koenigsegg, bottle in hand, remarks that the Regera has "broken a couple of new world records." When asked a top speed record, von Koenigsegg replied, "That's for another car. This is huge top speed but we have faster top speed cars, of course."

Bring on the Jesko.

Watch and Listen to a 1,500-HP Koenigsegg Regera Hypercar Shred Through a Set of Tires

It’s always nice to see a crazy-exclusive machine that costs $2 million be put to good use, isn’t it?