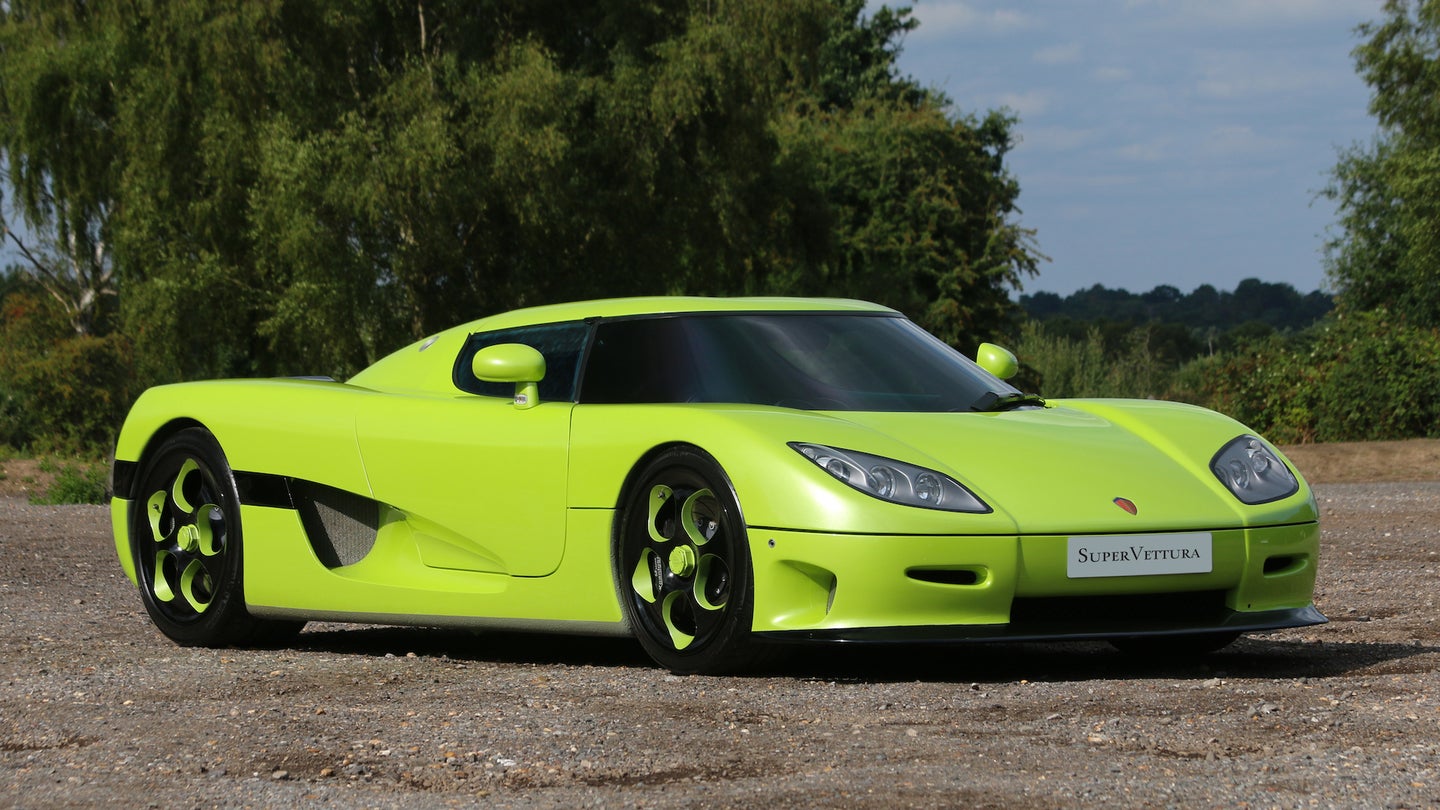 With the saturation of the hypercar market, standing out from the rest of the uber-exotics is a first-world problem but a valid concern for rich folk. For those scratching their heads on what unique and flamboyant car to add to their stable next, this one-off Koenigsegg CCR currently for sale in the United Kingdom should be a prime contender.

This particular 'Egg is the only car the Swedish manufacturer has ever built that is finished in Bespoke Koenigsegg Racing Green. The color was inspired by Christian von Koenigsegg's father's horse racing team, which used the bright hue. An avid jockey and horse lover, Jesko von Koenigsegg was instrumental in getting Christian's budding hypercar company off the ground, so the use of this color was one of many tributes Christian dedicated to his dad. This car remains the only model finished entirely in the color, although the new Jesko megacar features Koenigsegg Racing Green accents.

In addition to its one-off paint job, the car features a number of exclusive parts including custom wheels and a split rear wing. The 7,800 miles indicated on its odometer may be nothing for a mass production vehicle, but for a rare hypercar, that's not too shabby.

Unique color or not, the Koenigsegg CCR is a rare beast with only 14 units built during its two-year production run. All CCRs are powered by a 4.7-liter, twin-supercharged V8 boasting 806 horsepower, mated to a six-speed manual transmission. As the successor to the CC8S, the company's first production car, the CCR features improved aerodynamics, brakes, suspension components, and larger wheels to complement its enhanced power output.

For a brief moment, the CCR held the product car speed record, reaching 241.1 mph at the Nardo Ring in 2005. A Bugatti Veyron prototype would nick that record just two months later. If only the Koenigsegg-Bugatti rivalry continued today, as the latter retired from chasing speed records after hitting the magic 300-mph figure late last year.

If this bright green example is too obnoxious for you, the U.K.-based dealer SuperVettura offering it currently has a number of other unicorn exotics in its inventory, including four more Koenigseggs, an Aston Martin Vulcan, a McLaren P1 GTR, and even a Lamborghini Reventon. Pick your hyper-expensive, hyper-fast poison.

Gather ’round, One Percenters.