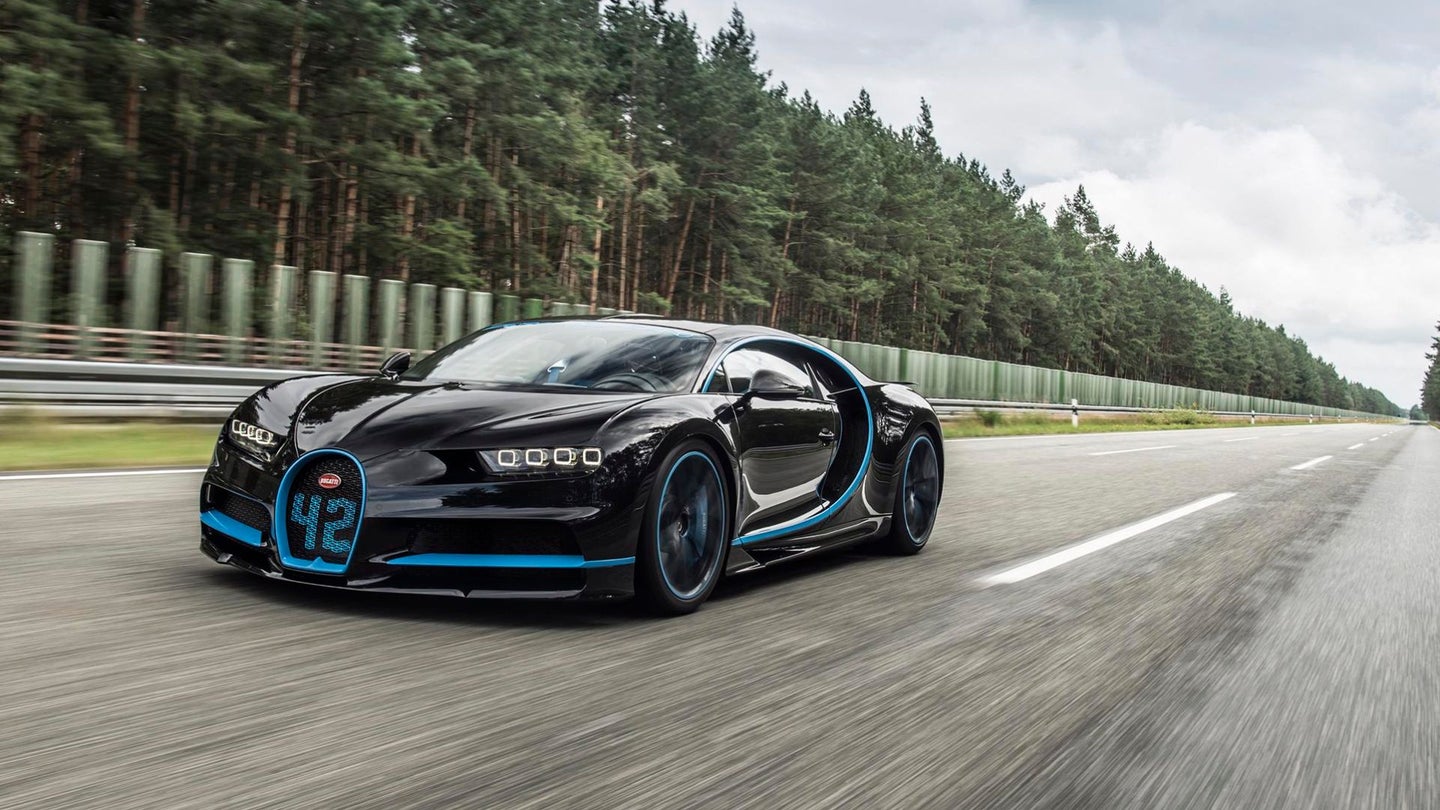 Real speed is hard to film as it requires equally speedy camera cars, expert drivers, and a ton of logistical planning. It’s a nightmare that’s often shelved because filmmakers can just speed up the footage. But for Al Clark, the man tasked to shoot a Bugatti Chiron going from a standstill to 400 kilometers per hour and then back to naught, only reality would do and that required mountains of preparation and an extra Chiron.

Back in 2017, Bugatti set themselves a challenge to take a Chiron to Volkswagen’s secret test track Ehra-Lessien, right off Germany’s 248 between Wolfsburg and Brome, and go from 0 kph to 400 kph (249 mph) and back to 0 kph quicker than any hypercar on sale. Bugatti did it and held the record for about a month until Koenigsegg sent out an Agera RS and smoked Bugatti by more than ten seconds. While Bugatti was ultimately dethroned, how Al Clark and company filmed the feat is a fascinating behind-the-scenes look and it’s something rarely offered.

Firstly, the only way to film a Bugatti Chiron nearly hitting its 261 mph top speed is, you guessed it, with another Bugatti Chiron. To shoot car-to-car, Clark and his crew rigged up a wingless drone to the tail of another Chiron via a multitude of suction mounts and gaffer tape to ensure the rig would stay on at top speed. And with the help of the drone’s gyroscopic camera mount, the filmmakers staggered the two Chirons, the camera car ahead of the record car, and proceeded to launch the two in tandem. Which...took a few takes.

Along with the secondary Chiron—what a burden—Clark used a heavily modified Caterham Seven complete with scaffolding and a matte-black paint scheme to shoot many of the shots where the Chiron is stationary and the camera goes around the car. There’s also the interesting pub fact that Ehra-Lessien has what Clark calls “deer sensors” in the woods surrounding the track. These motion detectors are used by the Volkswagen teams to detect oncoming wildlife and ensure that when you’re going 304 mph, a deer or rabbit doesn’t turn the both of you into front-page news.

Clark also lamented that the final video of the Chiron launching is slightly out of focus for a very unexpected reason; the Chiron camera car’s exhaust gases.

According to Clark, they positioned the camera rig perfectly, lined up the shot they wanted, focused the camera on the second Chiron and did a series of launches and runs. The cars performed perfectly and from the videos they saw on-site, they were clear. However, when they got back to home base in England, using their larger in-home computer monitors, they noticed that the Chiron camera car’s exhaust gases caused a slight heat-bloom exactly where the record car was positioned. And they couldn’t do it again.

The behind the scenes video, which is narrated by Clark, also includes his musings on the car, the aerial helicopter shots, how rain almost saw the entire thing canceled, and jokes about camera Toyota Supras and Nissan GT-Rs. Clark also talks about why he wanted to shoot the film at speed and not just go the normal digitally enhanced route.

The whole 11-minute video is definitely worth your time and provides an interesting look at what you’d think is a fairly straight-forward video to produce. Hopefully, we’ll get more from Bugatti and Clark soon.

If you’re tired of watching the news day and night, let the Mullin Automotive Museum give you a break.