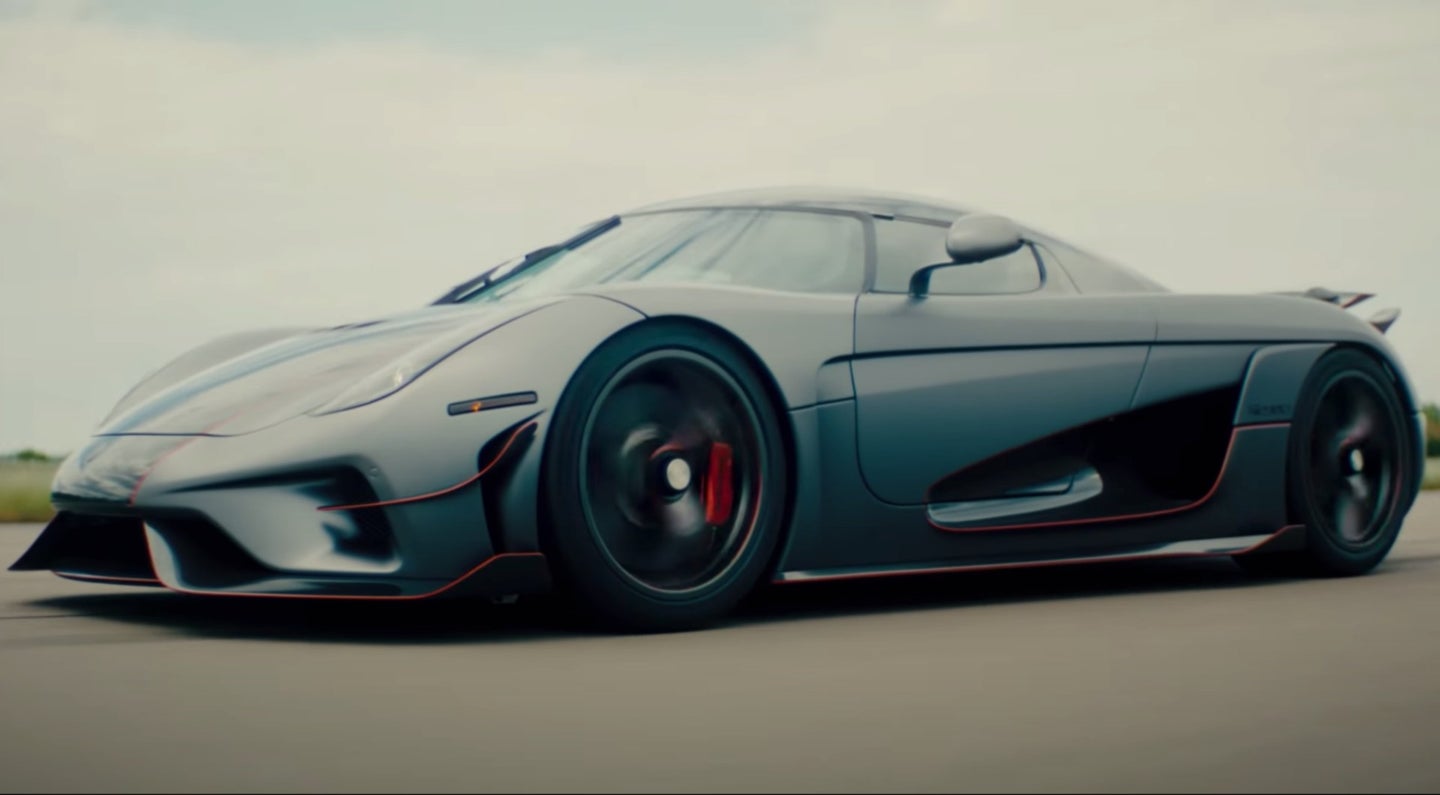 If you're looking for a short-format heist film starring the inimitable Koenigsegg Regera, then hey—a bit specific, but we've got it. The work is called Time to Reign and it was written and produced in-house by Koenigsegg staff.  Shot in 4K, the epic showcases the Regera flexing its hypercar muscles as it drifts and smokes rubber escaping from Volvo police cars in hot pursuit.

It'd be a horrific day if someone actually stole a Regera, smashing and crashing it to bits, but luckily, this runaway doesn't involve ruining an ultra-valuable piece of machinery. Instead, it's a well-executed play that trades actual crime for fictional antics. Rest assured, the action you see here is all real.

As mentioned, everyone acting in the movie is a Koenigsegg employee. Designers, customer specialists, and even Chief Operating Officer Halldora Koenigsegg play a part. Company founder Christian von Koenigsegg is around for the fun too, and it's his 1,500-horsepower ride that gets "stolen" and becomes the film's centerpiece.

Time to Reign's main star is undoubtedly the Regera and its marvelous host of technological wonders. Power comes from a twin-turbo, 5.0-liter V8 fitted with three electric motors that send output to the wheels hydraulically rather than through a traditional gearbox. The results are zero to 60 miles per hour in 2.8 seconds and 249 mph in less than 20 seconds. It's electronically limited to 255 mph, which is faster than pretty much everyone—aside from Mr. Koenigsegg himself—will ever drive it.

All 80 Regeras have been sold and in case you talk some extremely rich person out of their own, you aren't likely to purchase one anytime soon. If you do get that lucky, just expect to pay more than its initial asking price that hovered around $2 million.