Slathering gold atop of carbon fiber might cause some to lurch towards the vomitorium—but not us. 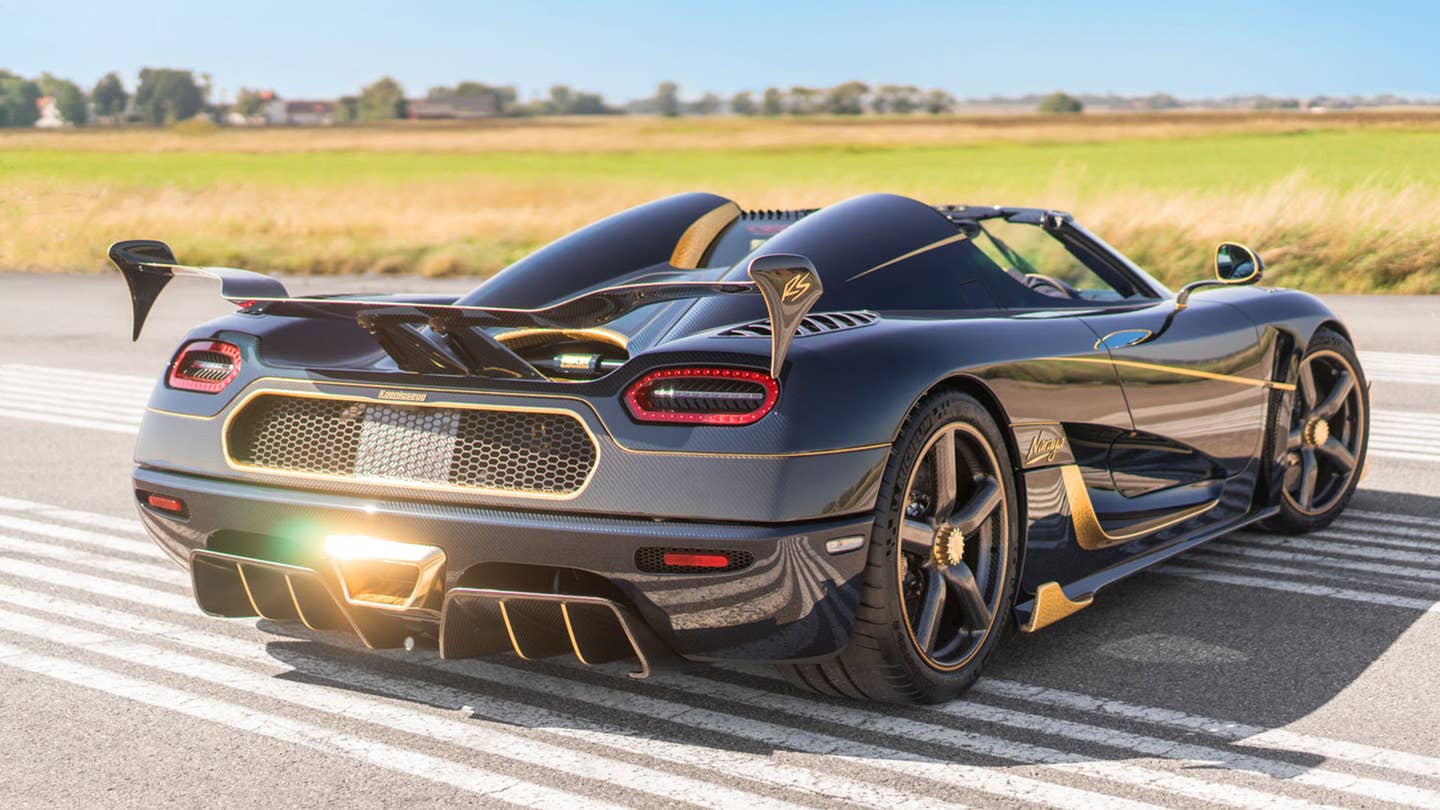 Sometimes the cutting edge and the ragged past can coexist beautifully—remember when Cher pioneered the explicit use of AutoTune in her 1998 hit “Believe”? With that in mind, Koenigsegg has outfitted their super-light, carbon-fiber Agera RS supercar with a metal that served as a biblical currency: gold.

Specifically, gold leaf, applied by hand at the Koenigsegg factory in Angelholm, Sweden. According to a statement from the company, applying the auric wrapping took one Italian craftsman a dozen 12-hour days of delicately slaving over the car’s blue carbon fiber body panels. The fancy handiwork continues inside, where the HVAC vents are covered in gold and set off with gold stitching and piping. A nameplate affixed to the steering wheel is rendered, of course, in 24-carat gold, and further inlaid with 155 diamonds. No word on how many brides-to-be had their engagement rings confiscated and melted down for this hypercar.

Mechanically, Naraya has Koenigsegg’s penultimate powertrain, a twin-turbo V8 with 1,160 horsepower, mated to a seven-speed paddle-shift transmission and Koenigsegg’s trick E-differential. Despite all that mechanical might, plus proprietary traction and stability control systems, such power means the Agera RS will still have a corndog’s chance at the Iowa State Fair of exiting corners with all wheels planted or launching cleanly off the line.

As for the car's name, “Naraya,” which as far as we can tell is a brand of luxury Thai handbags. That said, the name reportedly has familial significance to its owner, which makes rather more sense. It will be shown at the Salon Privé at the Blenheim Palace in England September 1st-3rd.