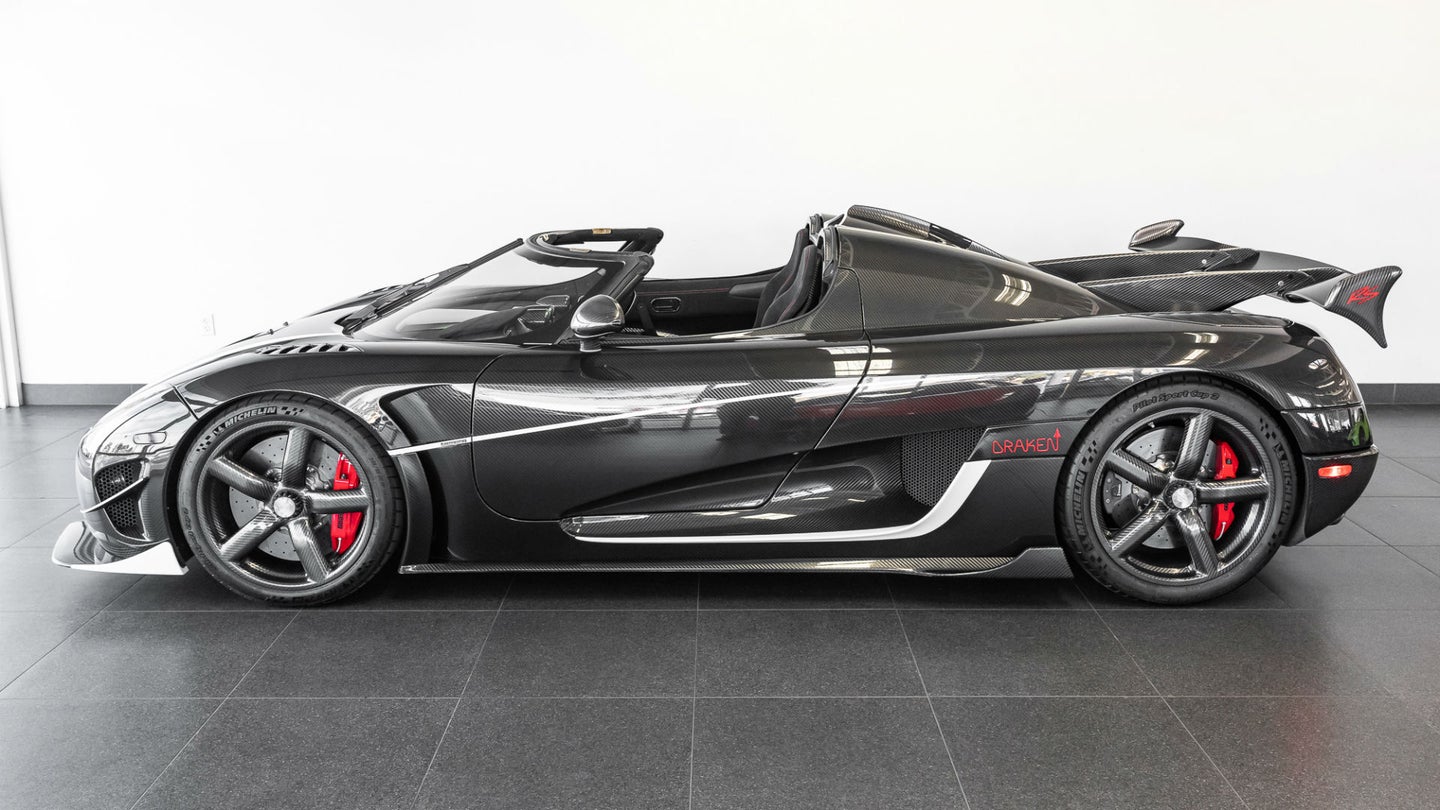 With Koenigsegg Agera RS production all wrapped up, buying the world's fastest production car is nearly impossible at the moment. All 25 units of the Agera's most extreme variant have been customized and sold to private collectors, but there's currently one listed for sale in Southern California, and it's a once-in-a-lifetime opportunity to grab it, assuming you have the cash.

This 2018 Agera RS for sale from Lamborghini Newport Beach features a stunning exposed carbon fiber exterior, complemented with white stripes, subtle red accents, and diamond dust embedded in the clear coat. The color combination is part of the car's "personality," because like most Agera RSs, this car has a name, and thy name is "Draken." It takes its title from the Saab 35 Draken, a Swedish supersonic fighter plane that once occupied the hangar space in Angelholm, Sweden, where Koenigsegg currently builds all of its cars.

In addition to its definitive paint scheme, Draken features a bevy of carbon fiber extras, including a carbon front splitter, side skirts, rear diffuser, spoiler, and much of the cockpit. It's also equipped with the 1 Megawatt package, raising the twin-turbocharged V8's powers from 1,160 to 1,341 horsepower. You can find the car's signature on both flanks of the exterior, stitched into the black Alcantara seats, and on the car's custom license plate.

Advertised as the more track-focused version of the Agera hypercar, the Agera RS features better aerodynamics, less weight, and 200 more horsepower (without the 1 Megawatt engine) than its ever-so-slightly more docile little brother. Just two years after its debut at the Geneva Motor Show in 2015, the RS took the production car speed record, reaching a top speed of 284.7 miles per hour on a closed road in Nevada and breaking four other records along the way.

With 1,681 miles on the clock, Draken has been well-loved (for a hypercar that is), perhaps the star of many a Cars & Coffee event in SoCal. Now it's ready to be passed on to another collector eager to own the current champion of speed.