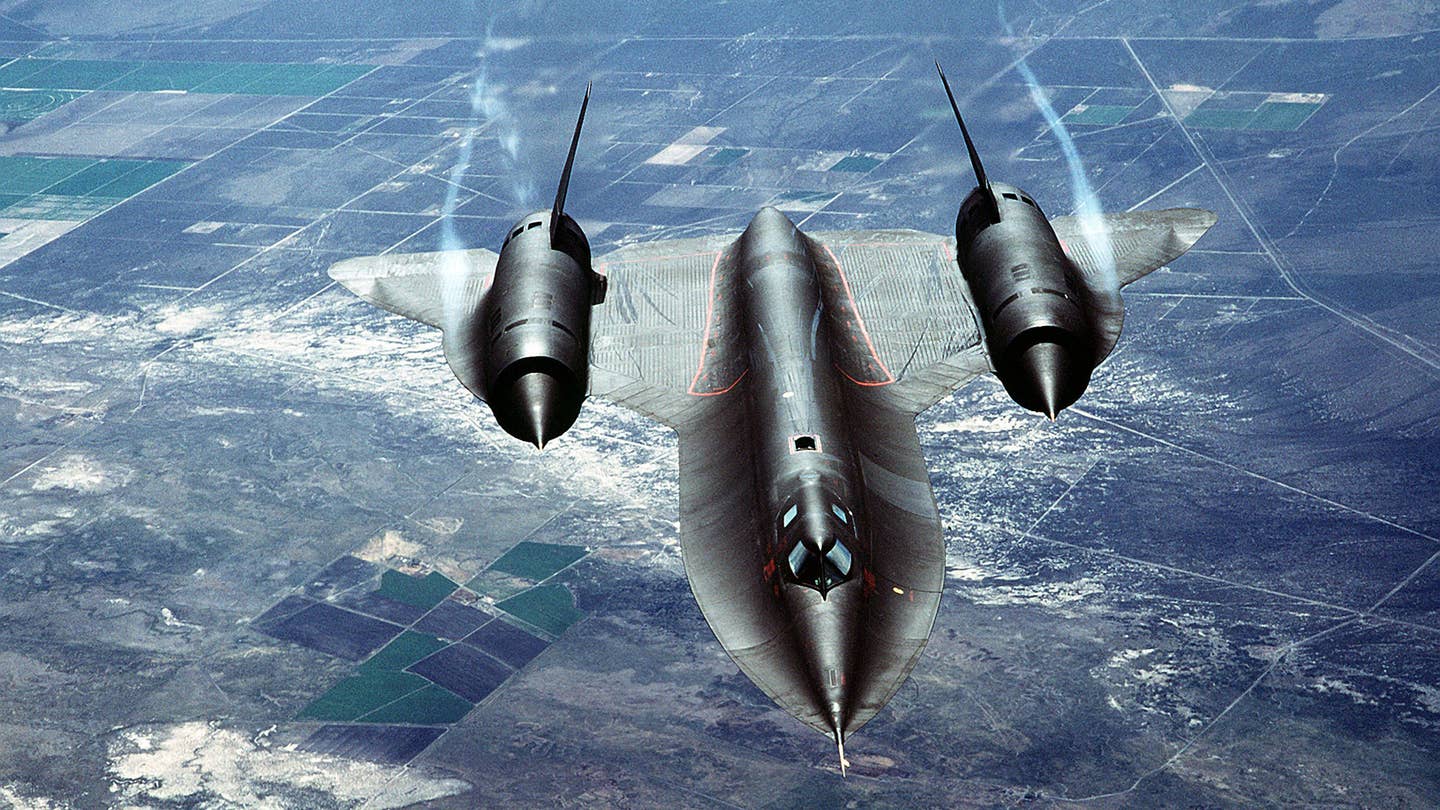 One of the oldest stories on the Internet is that of the ultimate ground speed check. First written about in pilot Brian Shul’s book Sled Driver, it’s been repeated again and again until a legend was minted. The scene: an air-traffic controller at Los Angeles Center gives an air-speed readout to a lowly Cessna; a Twin Beech one-ups the Cessna’s speed; an F-18 Hornet drops in to “check” his speed too, figuring the 620-knot answer will be the final word. Then, the trump card.

“Aspen 20, I show you at one thousand eight hundred and forty-two knots, across the ground.”

That’s the song of the Lockheed SR-71 Blackbird, a siren’s scream of pure speed. It is still the fastest air-burning aircraft ever built. And, this year, it celebrates a half-century since it first entered service.

As the events of the Oscar-nominated Bridge of Spies lay out, aerial espionage during the Cold War was a cat and mouse game between American aircraft and Soviet surface-to-air missiles. When Gary Powers’ high-flying U-2 spy plane was shot down, the U.S. Air Force knew it needed something much, much faster. Enter: Strategic Reconnaissance 71.

Born from the YF-12 aircraft, and the A-12 prototype before that, just 32 examples were produced. Each was a tandem-layout two-seater capable of touching Mach 3.2 (read: 2,455 mph), and perhaps beyond. The first was delivered to Beale Air Force Base in California in January of 1966.

The specs behind the SR-71 are filled with the sort of trivia to give you schoolboy palpitations. Each of its J58 jet turbines produced 32,500 lb-ft of thrust, and the starter carts needed to light them off each had twin Buick Wildcat V8s. Because the airframe would expand at speed, the titanium skin was rumpled when the plane was parked. Fuel would leak fuel right onto the tarmac. After a flight, the surface of the aircraft and canopy would be a scorching 570°F. You could buy a Tesla Model S for the cost of an hour of flight time. And, as for the SAMs—well, the SR-71 just plain outran ’em.

The thing was so fast it remained in active service until the late Nineties, and was canceled only by Presidential order. The age of the unmanned aerial vehicle was nigh; there was no room for an ultra fast spy plane in the budget. But while drones undoubtedly are effective and more cost-effective, the SR-71 remains a high point of human innovation and endeavor. It is still the undisputed trump card of speed.