When Luxury Goes to War

An historical look at the weird implements used by the upper crust in times of conflict—war elephants and armored Rolls-Royces are just a start. 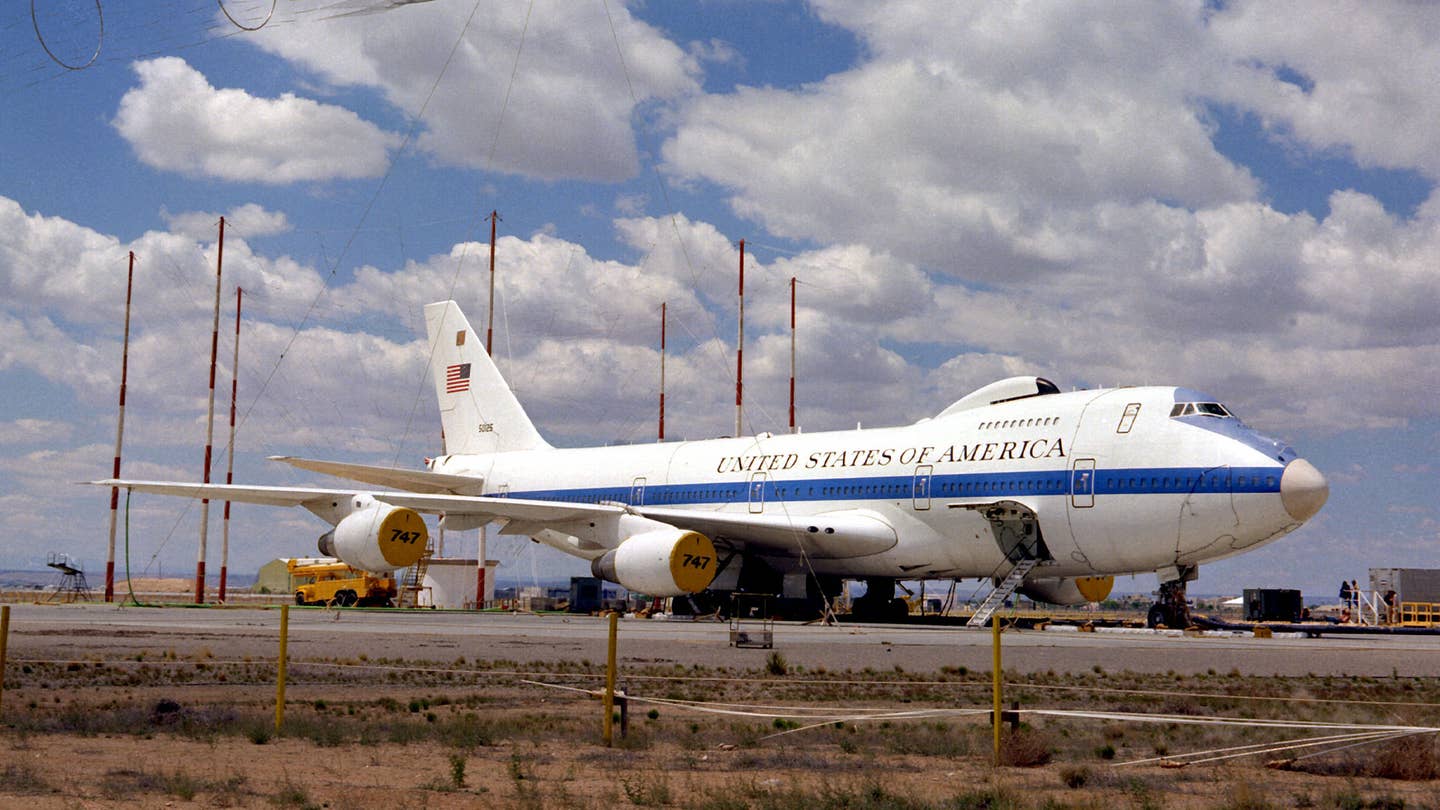 War is hell. Hell on men, hell on horses, hell on gold-crusted epaulettes. You never get bloodstains out. Or chocolate. There are the trenches, and there are those above ’em. There are those in the fox holes and those with the fox-fur-lined collars. There are grunts, and there is the kind of guy who expects their MRE to come with a chilled salad fork.

Yes, when luxury goes to war, things get a little weird. Here are eight examples of rich folk melting down their silver spoons into bayonets and leading the charge.

The antediluvian ancestor to the tank, the war elephant was a fighting extravagance without peer. Huge beasts that required many times more food and water than regular cavalry, a war elephant was both a symbol of royalty and psychological terror on the battlefield. Even seasoned troops had difficulty facing down a charging elephant carrying archers and javelin throwers.

The most famous use of elephants in war is the Carthaginian general Hannibal’s crossing of the Alps to fight the Romans in Italy. Impressive as they are at bearing weight, elephants don’t handle cold weather well, and the tactic proved disastrous.

However, much earlier than Hannibal's invasion, Alexander the Great nervously faced down a horde of war elephants during his invasion of Persia. These were mercenary troops from Indian or possibly Syrian lands under Persian rule. Alexander defeated them, (he was called “the Great,” after all, not “the Mediocre”), but remained so impressed by the damage that the war elephants wreaked on his troops that he integrated them into his conquering army.

After his death, the ancient world accelerated into a sort of war elephant arms race, each animal a potent weapon and proof of great wealth.

The Treasure Junks of Zheng He

The entire fleets of Christopher Columbus and Vasco da Gama could have been stored on a single deck of one of Admiral Zheng He's ships. His armada was one of the largest ever seen in the ancient world, and his biggest treasure junks dripped with the wealth of the Ming Dynasty.

An unlikely candidate for one of the most powerful men afloat, Zheng He grew up as the son of a rural official in a mountainous and landlocked Mongolian province. When the Chinese invaded, they seized the boy and, not to put too fine a point on it, cut his balls off.

Proving that the most knotted plot-thread woven into a Game of Thrones arc is a thin imitation of historical fact, eunuch Zheng He rose to become one of the key aides to an ascendant Chinese prince. He became adept at diplomacy, won plentiful accolades in battle, and soon found himself as the admiral of a fleet that blackened the ocean with their sails.

His ships roamed the southern seas, reaching from India to the Persian Gulf to Africa. Everywhere they touched, the massive armada (nearly 30,000 sailors afloat), awed onlookers with its display of Imperial Ming wealth.

In the late part of the 18th century, experiments in lighter-than-air were in vogue among the wealthy. Ballooning was inherently unsafe, whether by hot air or inflammable hydrogen. However, when the seeds of the French Revolution bloomed into war in Europe, the rich man's plaything took to the air.

Primarily used for reconnaissance, the balloon was scoffed at by troops initially. Famously, General Jean-Baptiste Jourdan ordered his assigned balloonist back to Paris, saying an Austrian attack was imminent and a battalion needed more than a balloon.

However, at the Battle of Fleurus, a balloon was deployed to assist in laying out artillery fire. This is the first recorded example of aircraft used during military operation, and was praised by some onlookers as a success. Even so, the old guard weren't convinced, and the Aerostatic corps was disbanded a few years later.

Perhaps no other vehicle is as emblematic of nobility in warfare as the armored Rolls. Built on the bones of the finest automobiles in the world, the armored Rolls-Royce boasted fighting capabilities that would last for decades.

Lawrence of Arabia declared its value in desert warfare higher than rubies. It had a pivotal role in the Irish Civil War. It fought in both World Wars, and long beyond into further conflicts in the Middle East.

The first of these armored cars was used for pilot rescue. Before trench warfare began to dominate WWI, Wing Commander Charles Rumney Samson mounted a Maxim machine gun on the back of his personal car, an open tourer, and sallied forth into occupied territory. He shot up a startled German staff car, and rolled into the nearby town of Lille, where someone threw a ginger beer bottle through his windshield.

Perhaps the armored Rolls’ finest moment was in the daring rescue of British mariners in North Africa. A squadron of nine armored cars, captained by the dashing Duke of Westminster, roared across 120 miles of desert to free troops taken hostage, destroying enemy encampments on the way.

If the attrition of the trench would define the stagnant nature of warfare in World War 1, then it was the train that fed the meat grinder men and materiel. Compared to the slow troop movements of decades past, raw recruits now could be trained and ferried into hell at breakneck speed.

Men like Douglas Haig sent them there. The commander of the British Expeditionary Force, Haig has been vilified by the history books for apparently failing to understand the slow, brutal nature of modern warfare. On the other hand, it’s all too easy to look back from a comfortable armchair with a complete knowledge of the timeline of war. And, in the end, Haig commanded the victorious forces.

He did so from a specially made 14-carriage command train that didn’t want for luxuries, as befitted a high commander born into wealth and privilege. It had power generators, a dining room, staff quarters—even central heating. But again, his conveyance doesn’t tell Haig's whole story: He practically lived in his train, ferrying back and forth endlessly among the Allied commanders, working without sleep, deep into the night.

A single-screw steam yacht built in Leith, Scotland, the Venetia was a private luxury liner that eventually made its way into the hands of San Franciscan industrialist John Diedrich Spreckels. And then World War 1 broke out.

Leased by the U.S. Navy and retrofitted to fight the U-boat threat, the U.S.S. Venetia proved her mettle by taking the German underwater threat head on. In one of her earliest convoy duties, she attacked and sunk the U-boat believed to have brought down the RMS Lusitania ocean liner.

After the war, she became known as “The Avenger of the Lusitania.” The Venetia re-entered civilian life in 1919, ending her days cruising the great lakes.

No. 601 RAF “The Millionaire's Squadron”

They flew the Spitfire and the Hawker Hurricane in the Battle of Britain, but in their off hours, the “Millionaire Squadron” was a devil-may-care outfit that played polo on Brough Superior motorcycles. Established in the County of London, this well-heeled crew of aviators could trace its roots back to a group of amateur aviation enthusiasts that formed after a meeting in an exclusive London club.

At first, these young, moneyed daredevils were the cream of the RAF. The squadron's car park was crammed with the finest sports cars, and their post-sortie antics were the stuff of legend.

But attrition took its toll, and as replacements arrived, No. 601 found itself with the same mix of blue collar and blue blood as the rest of the Royal

Air Force. Affluent or not, the bravery of this squadron never wavered.

The so-called Doomsday Plane is the most expensive aircraft in the U.S. Air Force. When it takes to the air, something is seriously wrong; while its occupants relax in comfort, protected against the electromagnetic pulse following nuclear bombardment, the rest of us might well be reduced to fused, glowing glass.

Based on a 747, the E-4B is the last refuge of the President of the United States after Doomsday occurs. As such, it contains everything from a briefing room to a fully-stocked galley, and is crammed with every possible amenity.

It’s part mobile command center, part White House. Whether it’s aliens or the villains in a Tom Clancy novel, the E-4B gets going when the bad guys show up.