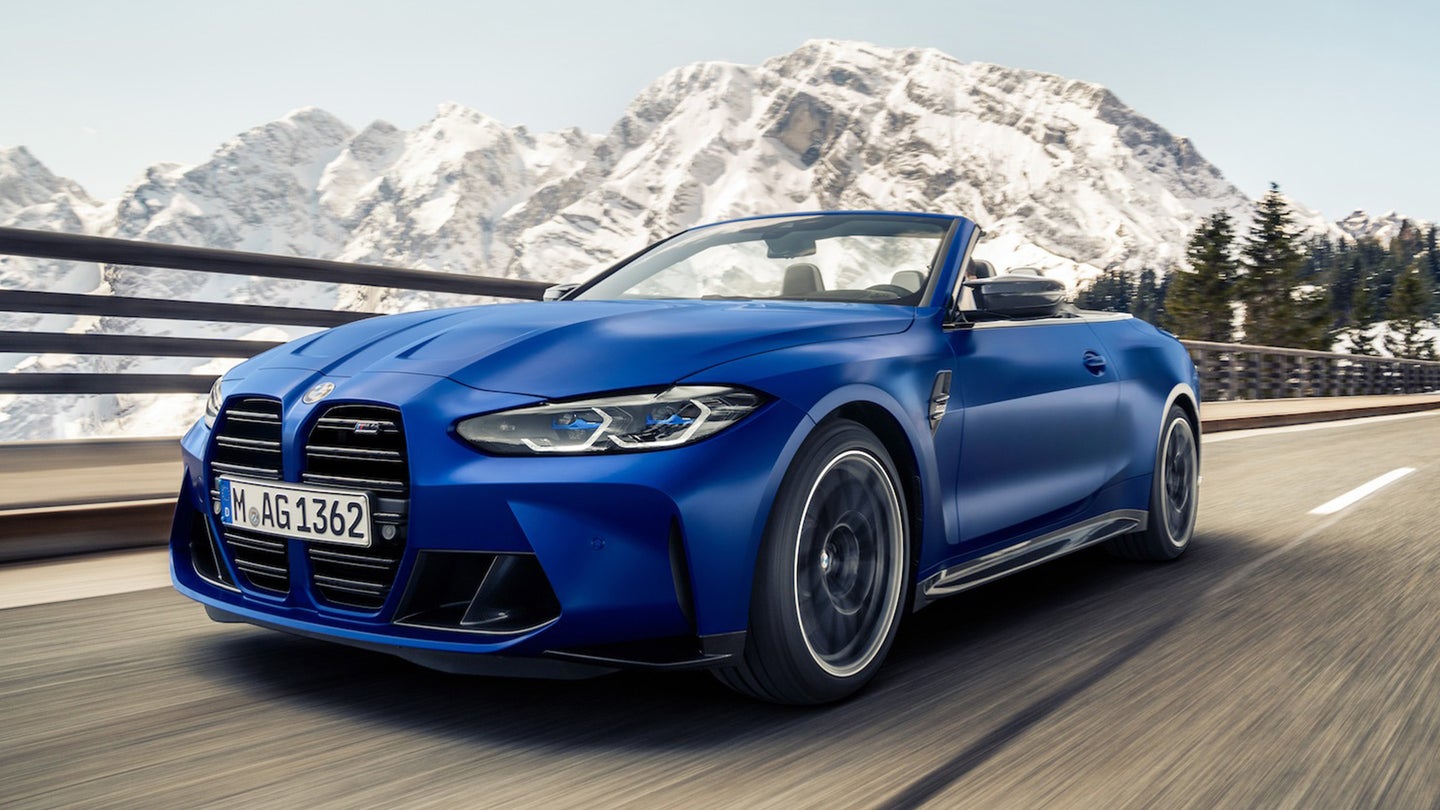 BMW has unveiled the newest member of the M3/M4 family: the 2022 BMW M4 Competition xDrive Convertible. It's a drop-top version of the xDrive M4 we already know which means, hardware-wise, there isn't much that's really new. Take the running gear and bucktooth grilles of the all-wheel-drive M4 Comp, stick the non-M 4 Series Convertible's new soft-top on it, and this is what you get.

While the previous-generation M4 Convertible used a retractable hardtop, BMW has moved to a fabric-skinned soft top for this new version. It's 40 percent lighter, contributing to a lower center of gravity, and more compact, resulting in a trunk that's 1.2 cubic feet bigger. Opening or closing said roof takes 18 seconds and can be done at speeds of up to 31 mph. A safety mechanism stops it from opening if the trunk is full and, to compensate for the compromised rigidity, the M4 Convertible receives additional torsions struts at the rear of the body.

Of course, access to unlimited headroom and rearward visibility comes at a cost. Not only will the M4 Competition Convertible literally cost more money, starting at $87,295 ($7,500 more than the equivalent Coupe), but it'll also weigh precisely 327 pounds more than the fixed roof model, tipping the scales at 4,306 pounds. Ergo, the convertible takes 0.2 seconds longer to hit 60 miles per hour than the fixed-top version, clocking a 3.6-second sprint versus the Coupe's 3.4. Top speed, however, is unchanged at 155 mph as standard and 174 mph with the M Driver's Package.

Just like the existing M4 and M3 Competition cars, forward thrust comes from a 3.0-liter, twin-turbo straight-six making 503 horsepower and 479 pound-feet of torque. An eight-speed automatic transmission feeds power to all four wheels but a 2WD mode is available when stability control is off.

Production of the 2022 BMW M4 Competition xDrive Convertible will start this September before it officially goes on sale in October.

Got a tip or question for the author about the M4 Competition Convertible? You can reach them here: chris.tsui@thedrive.com