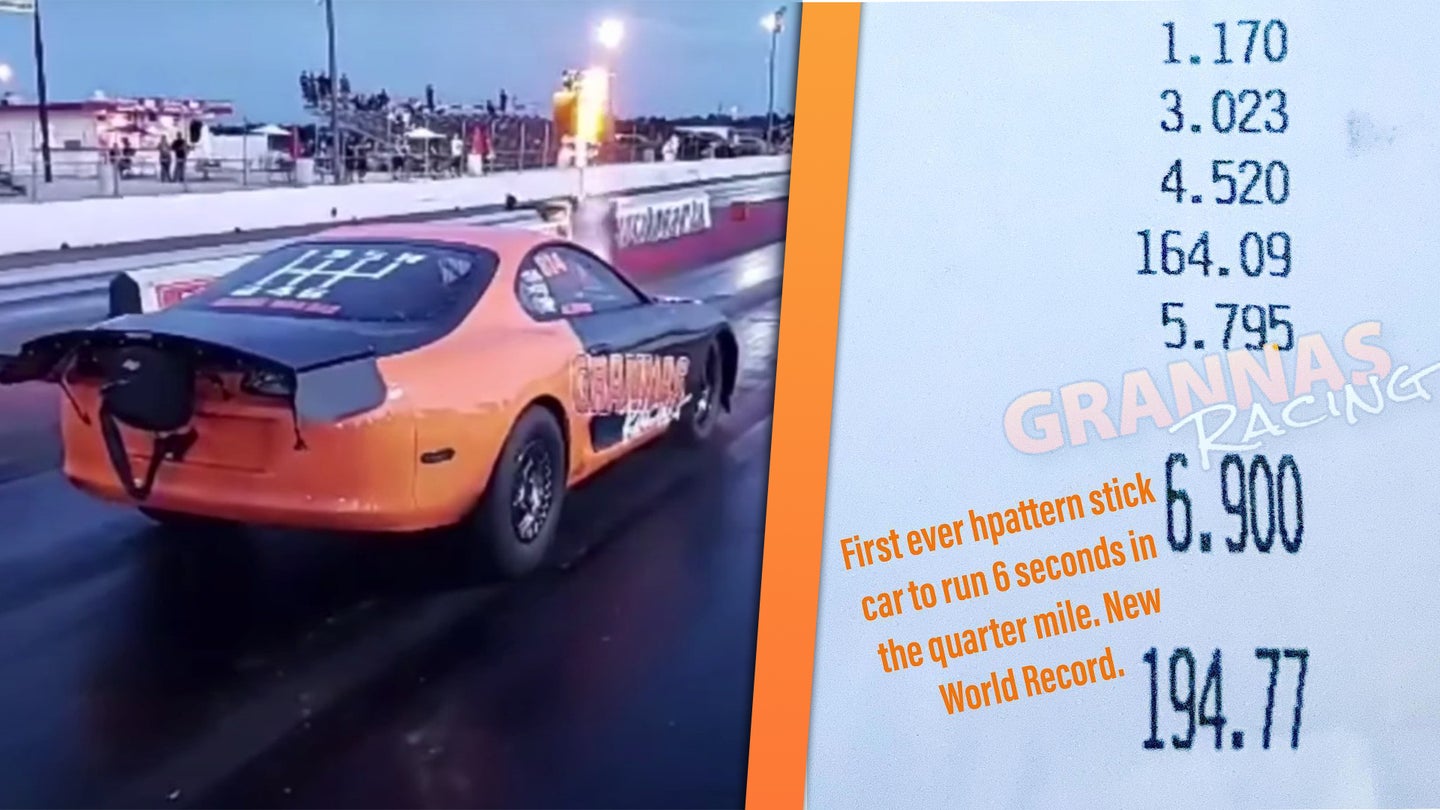 When it comes to import drag cars, the Mk4 Toyota Supra is king. With so many shops and aftermarket companies dedicating time and resources to the platform, we've seen quarter-mile records fall almost constantly at the hands of various Supras around the globe. The most recent might also be the most impressive, though, as Grannas Racing has pushed its six-speed, H-pattern Supra to a 6.9-second quarter-mile at 194.77 miles per hour.

That's believed to be a new benchmark as allegedly no other H-pattern car has run a sub-seven-second time before.

The crew's Mk4 Supra, nicknamed "Orange Man Bad," is no stranger to the drag racing community. It famously achieved a 7.17-second run at 205 miles per hour in December, making it the fastest six-speed in terms of mph. Now, it holds the title of quickest as well, all while running a Tremec T56 transmission with a factory gearset.

Grannas Racing posted a video of the record-setting run online, along with a slip showing the time and speed.

There's no V8 swap here, either, as it's still sporting a 2JZ inline-six, albeit one that's heavily modified. It takes about 1,800 horsepower—not to mention a ridiculously good driver—to notch these kinds of times. Keep in mind that this Supra is still rear-wheel-drive, meaning it takes an immense amount of throttle discipline to launch it off the line without shredding the tires.

Lastly, this run solidified Grannas Racing's pride and joy as the quickest Supra in the world with independent rear suspension. That makes the feat even more impressive as IRS cars are typically harder to handle on the dragstrip. There's no sign of the Supra getting out of hand here, though, as it's pointed straight for the line and crosses it in record time.

Who knows what the next benchmark with be for Joel Grannas and Co., but rest assured, it'll be something ludicrously quick.