In case you're looking to diversify your portfolio. 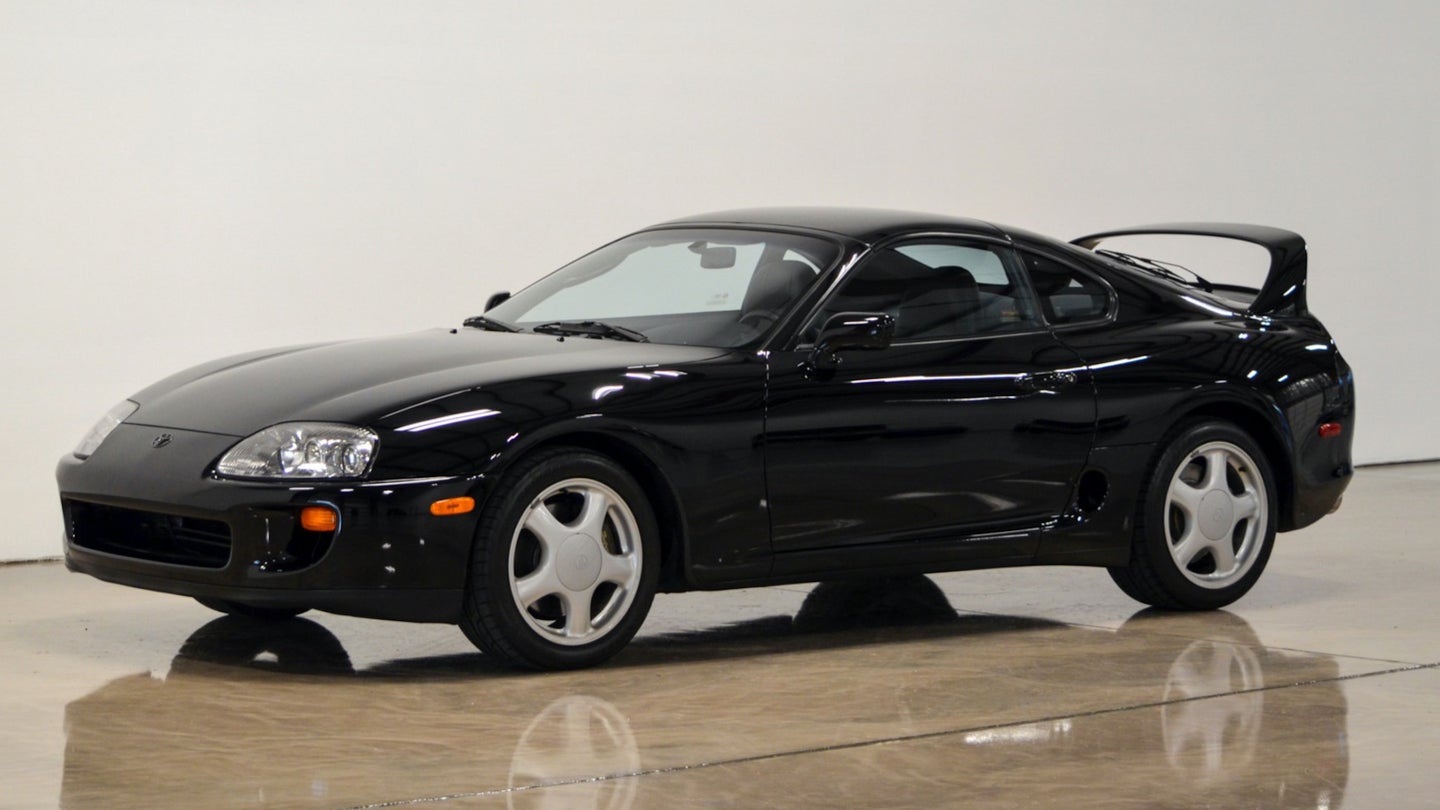 Thanks to The Fast and the Furious and a growing interest in cars from the 1990s, the Toyota Supra has grown into quite the collector’s car in recent years. Selling prices for clean examples have become almost comical, reaching well into the six-figure range. And now, it actually seems that there’s no way of predicting just how much money someone is willing to dump on one of these things—but we do know that 1995 Supra Turbo with just 15,000 miles will bring in at least $126,000, as recently seen on Bring a Trailer.

Supra Turbo models and those with manual transmissions are by far the most desirable, contributing to this six-speed unit's final dollar amount, but even the naturally aspirated and automatic transmission cars are enjoying quite the heyday. No matter the configuration, almost all Mark IV Supra values today far outpace their original selling prices back in the '90s. The 1993 Supra had an MSRP of just over $34,000 and the Turbo model started at around $40,000. Even adjusted for inflation, those numbers pale in comparison to the amounts we’re seeing today.

If you’ve got the money and want a place to park it, it’s fairly safe to say that old Supras are a decent way to go. Even as the market climbs there are deals to be found on imported cars. If you’re willing to deal with a right-hand-drive Supra, several Turbo models with manual transmissions are on sale today for under $50,000. Just make sure you don’t owe anyone a ten-second car.