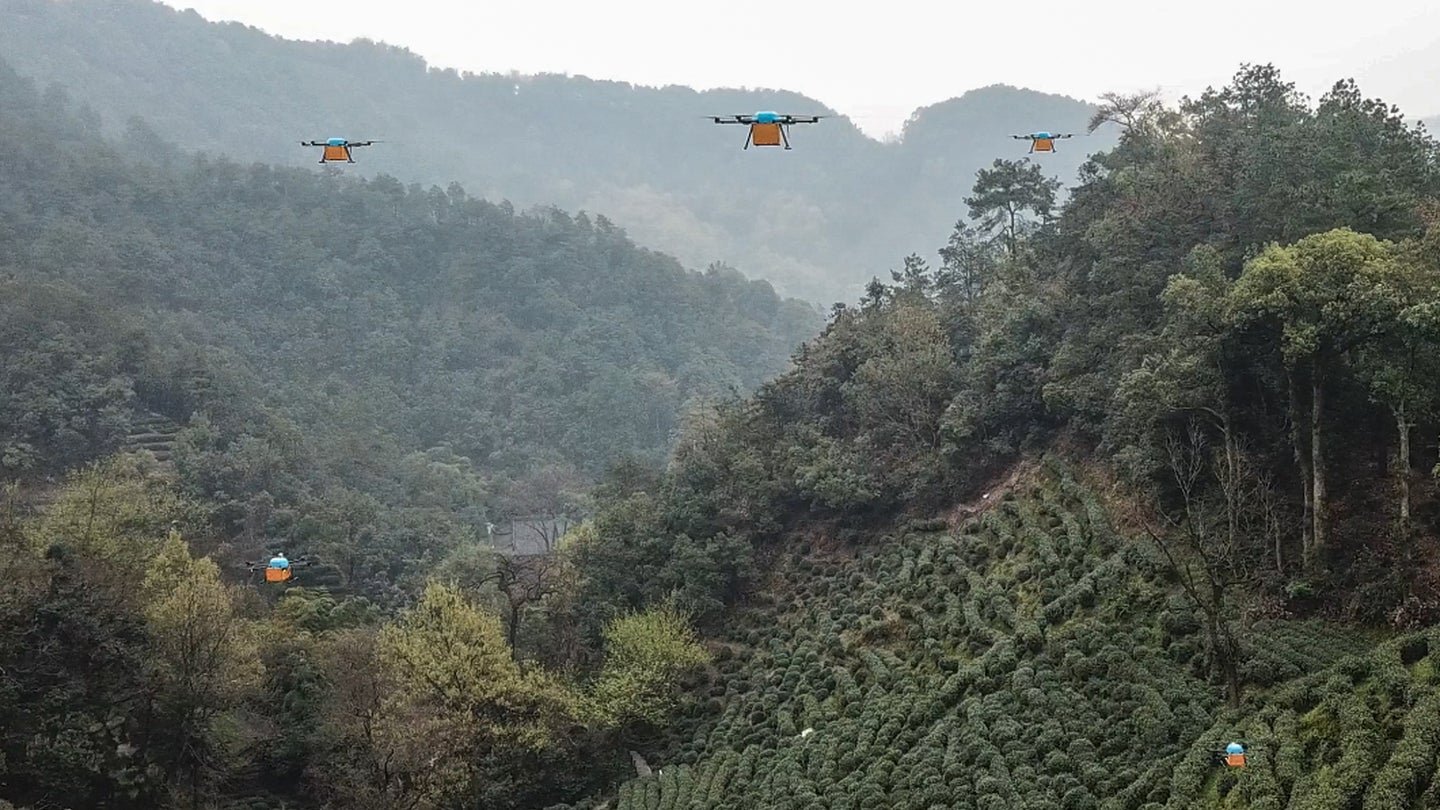 According to Quartz, the company has gone through a series of tests since June of last year, with the eventual drone deliveries being intended for the more rural and isolated areas of the country. Fengyu Shuntu Technology has explained that its delivery system will consist of three parts: Traditional airplanes lug the heavy cargo of goods across the country, large cargo drones transport those goods to local warehouses, and small UAVs take care of the customer-specific deliveries.

When we consider the most advanced territories for drone deliveries to be the Australian, African, and North American continents, this announcement out of China might come as a surprise. According to Quartz, however, Fengyu Shuntu Technology’s parent company has been working on this for years now. We’ve also seen drone technology permeate China before, with the city of Dongguan utilizing UAVs for environmental inspection, and the AT200 becoming a serious cargo drone contender. Every nation eager to keep up or stay ahead of what is coming is understandably using some of its resources for the drone industry, and China is no different.

What distinguishes the country from its European or North American counterparts, however, is the need for delivery of goods in areas so rural that even traditional transportation isn’t as practical.

According to Quartz, more than 80 percent of the UAV delivery tests conducted by Fengyu Shuntu Technology have taken place in these rural areas, specifically on the eastern part of the country. Whether or not the same logistics can be applied to China’s more urban, populated cities is a different question, and one likely answered with a resounding "no." However, utilizing this modern technology for the delivery of goods to sparsely populated or remote territories is certainly logical, practical, and exciting.

The Irish research team will use the U-Flyte platform to base its unmanned aircraft traffic management system on and overcome Irish drone regulations.