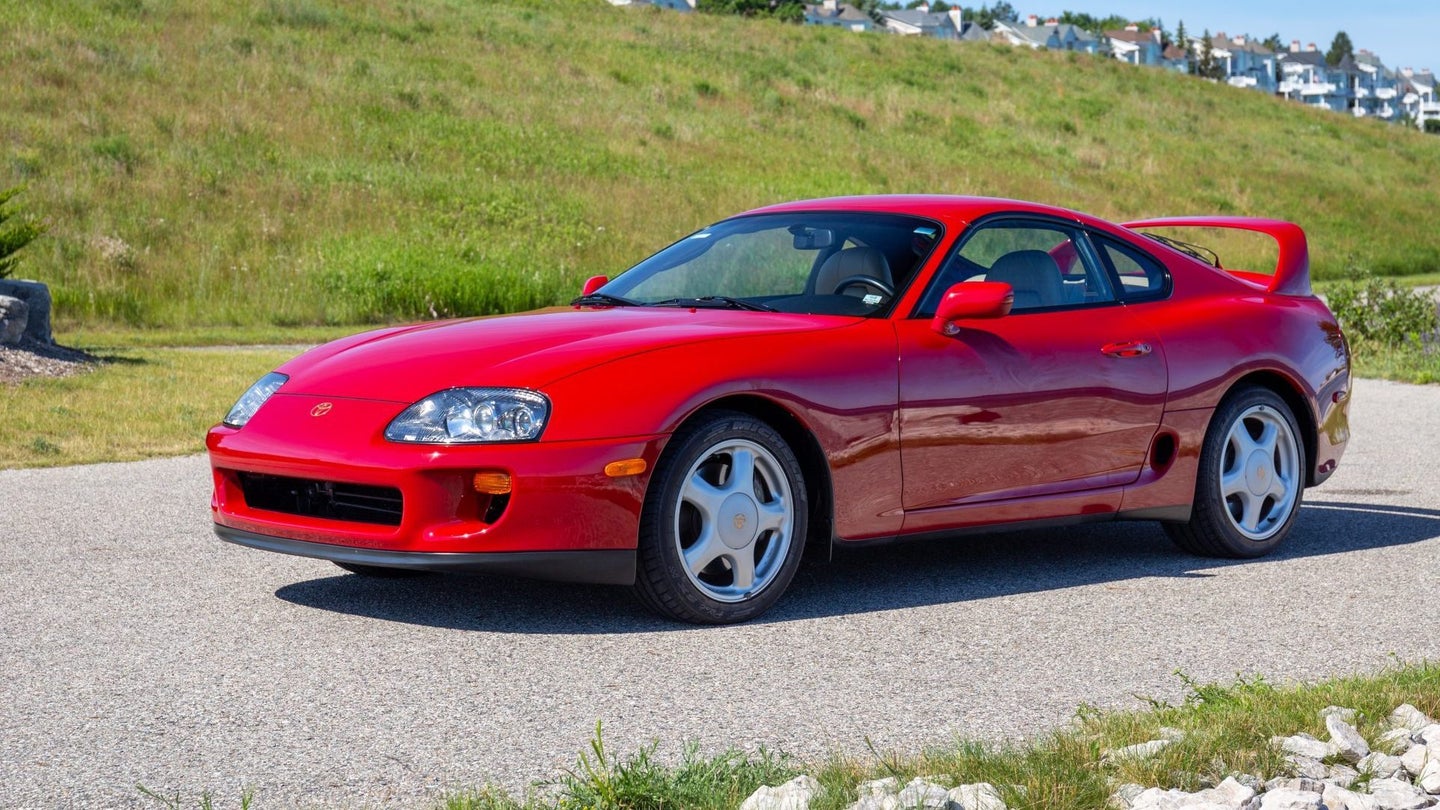 Building one's entire understanding of cars around cheesy early-2000s action flicks can do some strange stuff to your brain. Like, for example, convince you that a '90s Toyota grand tourer is a supercar, and is thus worth spending Ferrari money on. This is about the only obvious explanation for why someone shelled out $201,000 on, of all things, a 1995 Toyota Supra Turbo last Friday.

Sold on Bring A Trailer, this pricey piece of history was described in its listing as having been bought new in Michigan and spending the following 26 years with its original owner. In that time, they drove their Supra a mere 6,571 miles as indicated by the odometer, for an average of fewer than 253 per year. It's still on its original tires and is documented by the provided CarFax as having been serviced only three times. In other words, it probably needs its tires and hoses replaced, as well as fluids flushed before it's in real shape to drive.

Not that this Supra's new, deep-pocketed owner is likely to drive it, of course. By stowing it in their weirdo car dungeon-slash-rocket launch cave, they'll avoid confronting the fact that they dropped 200 grand on a driving experience worth maybe a quarter that. And as good of an engine as that 3.0-liter, twin-turbo 2JZ-GTE straight-six is, it doesn't make up for the Supra's deep-sea-monstrosity looks, much less justify paying double for a Supra what a 2021 Lexus LC 500 runs.

Simply put, the Supra's ownership experience doesn't come close to justifying the price someone paid for it, nor does it justify the original owner's (almost) unfathomable act of preservation. This was not by merit a car worth saving for future generations—its atrocious U.S. sales show just how much the Supra meant to Americans before 2001.

Leaving a car that wasn't appreciated, and would've been forgotten had it not been lionized by Hollywood in the garage to dry-rot was an objectively bad decision, one only redeemed by this buyer's lust for an idealized, yet irretrievable past. Their purchase is bound to end in disappointment, whether that takes months of staring at a stationary Supra to settle in or comes crashing down in an instant.

The Toyota 86 is supposed to be a back-to-basics sports car. This rolling parts catalog is anything but.