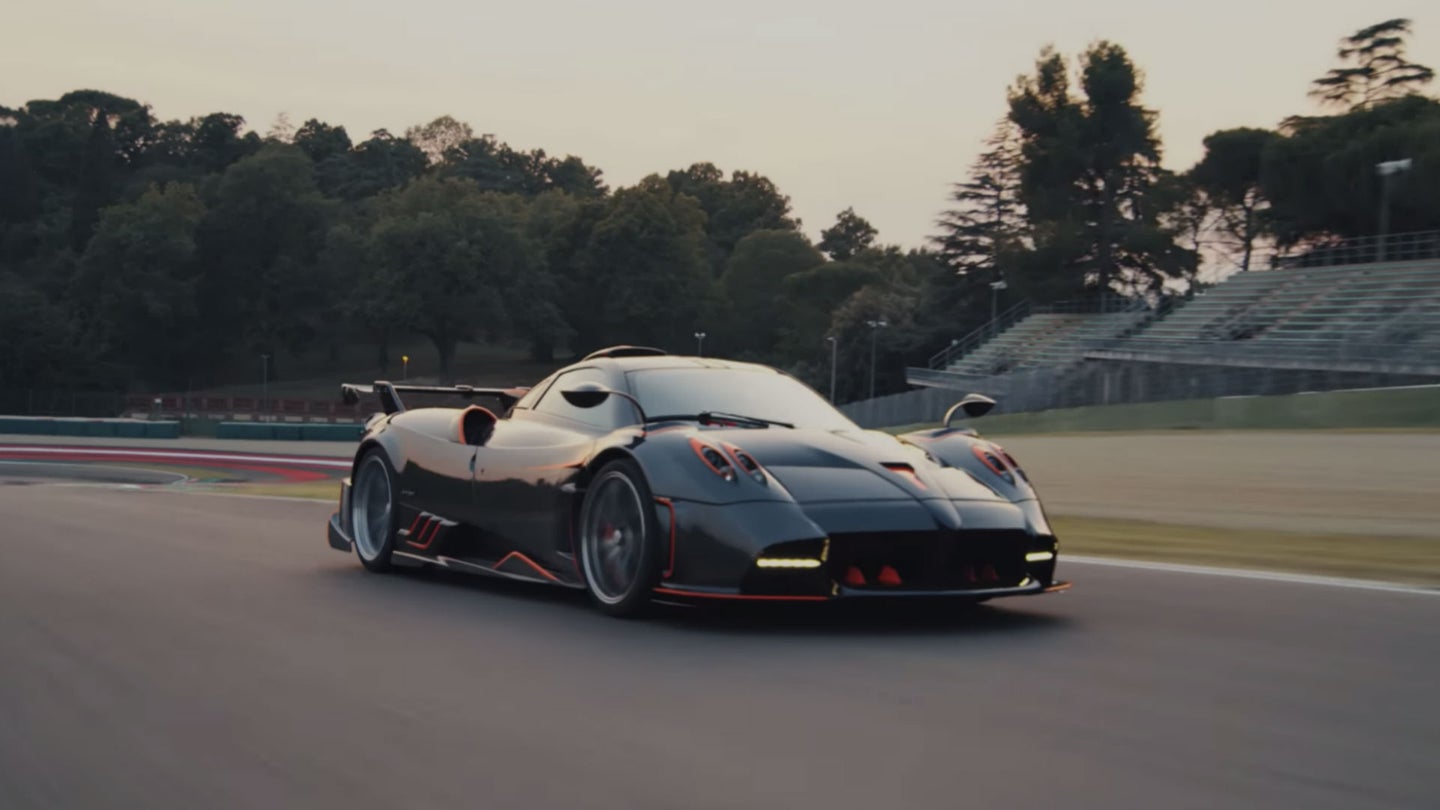 Pagani has officially revealed the next chapter in the Huayra saga, and it’s a motorsport-derived hypercar called the Imola. Now the top dog in Pagani's lineup (besides one-offs), each Imola costs $5.4 million, and every one of them has already been sold.

The hypercar builder's latest creation gets its name, of course, from the infamous Imola circuit (now called Autodromo Enzo e Dino Ferrari), the focal point of the Motor Valley in Bologna, Italy. This moniker is well-deserved though, as Pagani developed the Imola on this very racetrack, racking up roughly 10,000 miles in tests on the tarmac for which the car is named.

“Imola is a sacred place for car enthusiasts,” explained Pagani founder and Chief Designer, Horacio Pagani. “It’s a fast, difficult, technical circuit that has always separated the wheat from the chaff, in terms of both men and machines. A circuit that has made the fastest drivers faster, one that has given rise to fierce duels between opponents and gentlemen, and where the sweetest victories and bitterest tragedies have been witnessed. A circuit in the Motor Valley of Emilia Romagna. A place that has given so much to the automotive industry. That has given so much to Pagani.”

A Mercedes-AMG-sourced, 6.0-liter V12 found throughout the Huayra family powers the Imola, but it’s now dialed to 827 horsepower. A seven-speed Xtrac automated manual transmission is still standard,  featuring a triple-disc clutch and an electro-mechanical differential that makes getting traction in this rear-wheel-drive monster a non-event. Braking is also drama-free, as the Imola boasts new ventilated carbon-ceramic brakes with six-piston calipers in the front and four-piston rears. The Imola shares its carbon fiber monocoque chassis with the Huayra BC Roadster, which adds chassis rigidity and reduces

The Imola's primary purpose, aside from being the most uncorked street-legal Huayra variant yet, is to act as a development platform for other innovations. Its new carbon fiber composites that make up the bodywork are just one avenue of weight-saving that Pagani is exploring, as the Imola also sports an experimental type of paint called Acquarello Light, which is 11 pounds lighter than previous paints and provides its own level of protection from rocks and debris. The car's pronounced aerodynamics are also new, and the reason for the Imola's...polarizing looks. For what seems like the first time in Pagani's history, this car is very much about function over form.

“We can’t say that it’s an elegant car," Horacio Pagani said. "We wanted an efficient vehicle, and just as you’d expect if you were looking at an F1 single-seater, this led us to design a car with additional aerodynamic features. So, although on the one hand these details may detract from the lines and overall aesthetics of the vehicle, on the other, they also allow [sic] to improve lap times, ease of driving and especially safety."

Just five Pagani Imolas will be built in total, and all of them have already been sold. Much of the technology introduced on the Imola will make its way into future Pagani models, so those feeling like they missed out on picking one of these up can keep saving their pennies.