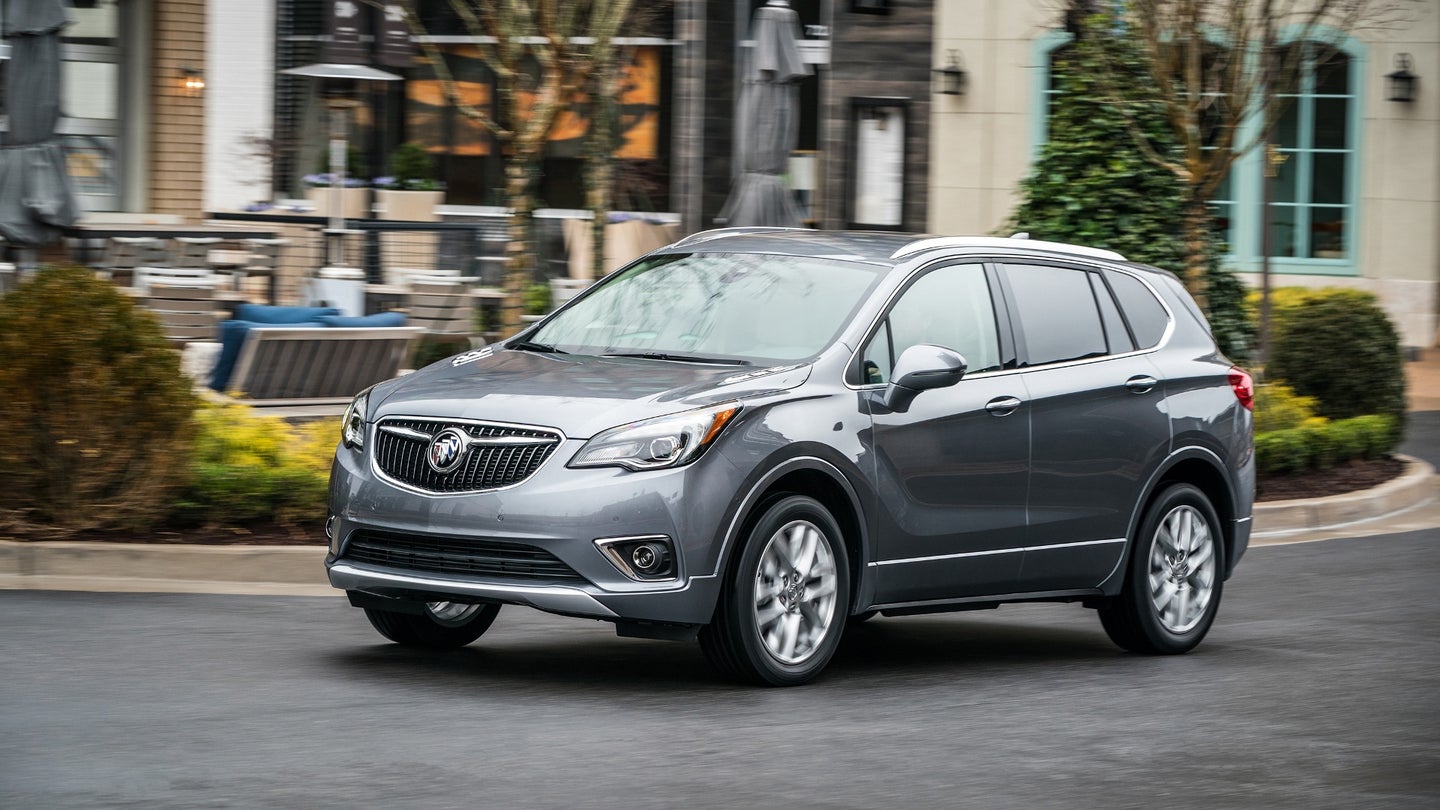 The Buick Envision might not be the most exciting car on the road, but it’s an important one for GM’s premium brand. It just went on sale in the U.S. in summer of 2016 and the compact crossover is already getting refreshed for the 2019 model year along with a lower cost of entry starting at $32,990, about a grand cheaper than the current base model.

The untrained eye might not notice the facelifted design of the 2019 Envision, but it’s received a revised look in front and back along with new wheel options. A redesigned grille falls more in line with the corporate design language of the rest of Buick's lineup and it’s a rather handsome look.

“Some of the 2019 Envision’s most notable changes are the results of listening to our customers,” said Elizabeth Pilibosian, Envision chief engineer, in a press release. “Beneath the updated exterior are a number of changes guided by a goal of offering the most refined and pleasant driving experience possible.”

“Refined and pleasant” is the name of the game with the Envision. A few other highlights of this mid-cycle refresh include a new nine-speed automatic transmission for Envisions equipped with the 2.0-liter turbocharged engine. That engine also gets a boost in performance making 252 horsepower and 295 pound-feet of torque, shaving a half-second off the zero-to-60 time over the previous model. Most Envision drivers probably won’t notice or care, but it’s a nice bonus.

For the first time in a Buick in North America, the 2019 Envision will have an engine stop/start deactivation switch in case you don’t like that little rumble that comes with waking the engine back up when you hit the gas pedal after it’s turned itself off.

The rest of the updates are quite minor like heated seats that warm up faster, a better microphone for the infotainment system, and enhanced visibility on the rear-view camera.

We couldn’t help but wonder if the Envision would be added to the swanky Avenir subbrand in the near future, so we asked Buick if that was in the cards. “Unfortunately we do not comment on future product plans,” said a Buick representative in a statement to The Drive. “As of now, we are focused on building the Avenir sub-brand on the Enclave Avenir and LaCrosse Avenir.”

Keep an eye out for the 2019 Buick Envision in showrooms and retirement home parking lots soon.

We spoke with a Buick representative about the relationship between GM’s luxury brands.

The 2017 Buick LaCrosse Is the World’s Forgotten Car