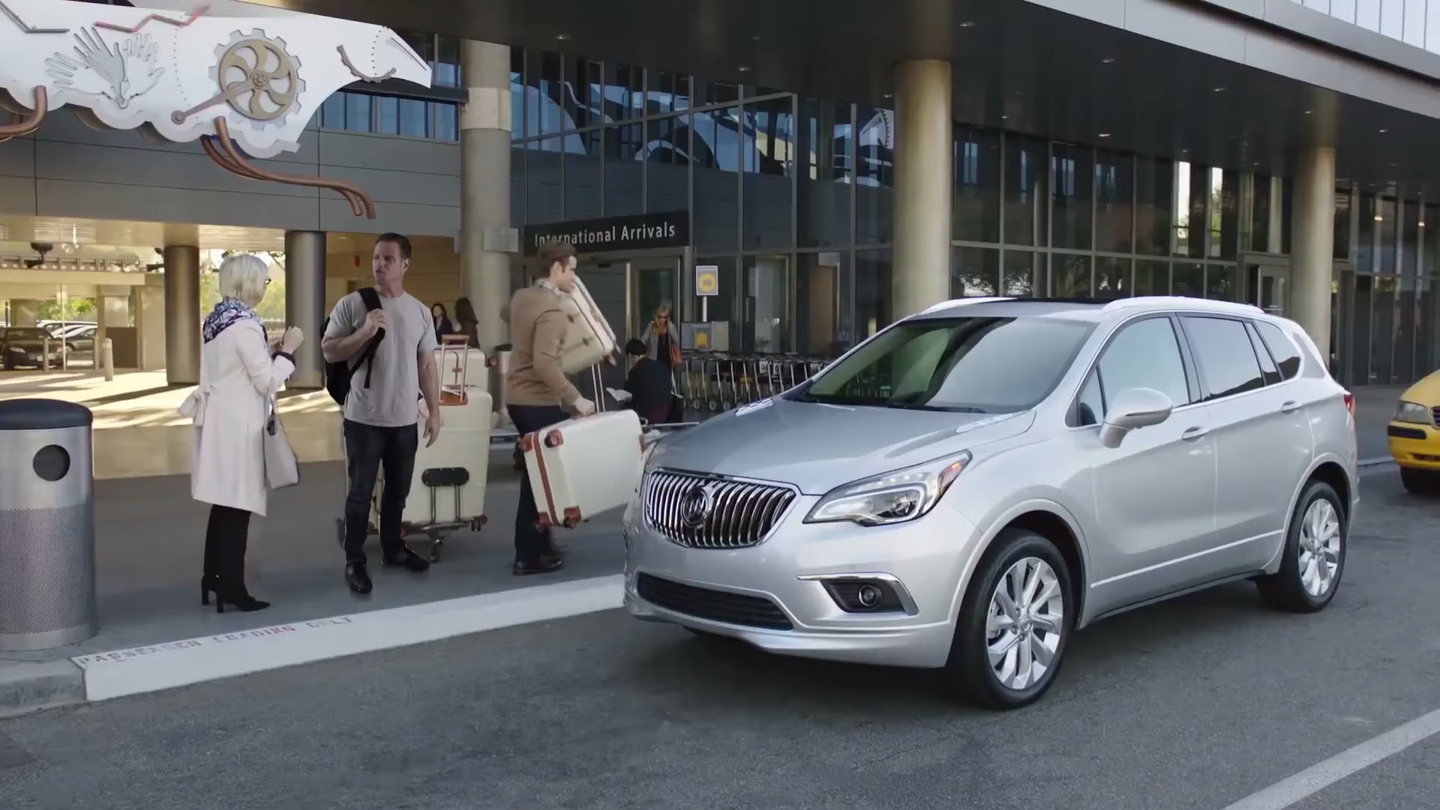 Mahk is back at it again and this time, he's moved up the GM food chain and set his comedic commercial-parodying sights on Buick. Specifically, the commercial for the 2017 Envision. You know the one. The one in which a Buick-driving Chris Pine lookalike picking his grandmother up from the airport finds himself meeting her new, Italian lover as well. What a quirky and relatable scenario!

The more I watch and think about this ad, the less I understand how it's supposed to be selling the Envision as a luxury crossover—other than the shot of faux-Pine opening the rear liftgate with a wave of his foot so he can load up all of memaw and Gino's luggage (a feature originally popularized by the significantly less expensive Ford Escape).

Anywho, the guys at Zebra Corner spoofed this the only way they could've: by replacing grandma's dapper new beau with Masshole Mahk himself. The end result is as raunchily hilarious as it sounds.

After Mahk makes his relationship with this dude's gram gram abundantly clear, he turns his attention to his car. Unsurprisingly, Mahk is not impressed. (A sentiment that may or may not be shared by Gino once sat in the back seat, upon closer inspection of the original ad.)