2019 Buick Regal Avenir: Leaving the Past Behind 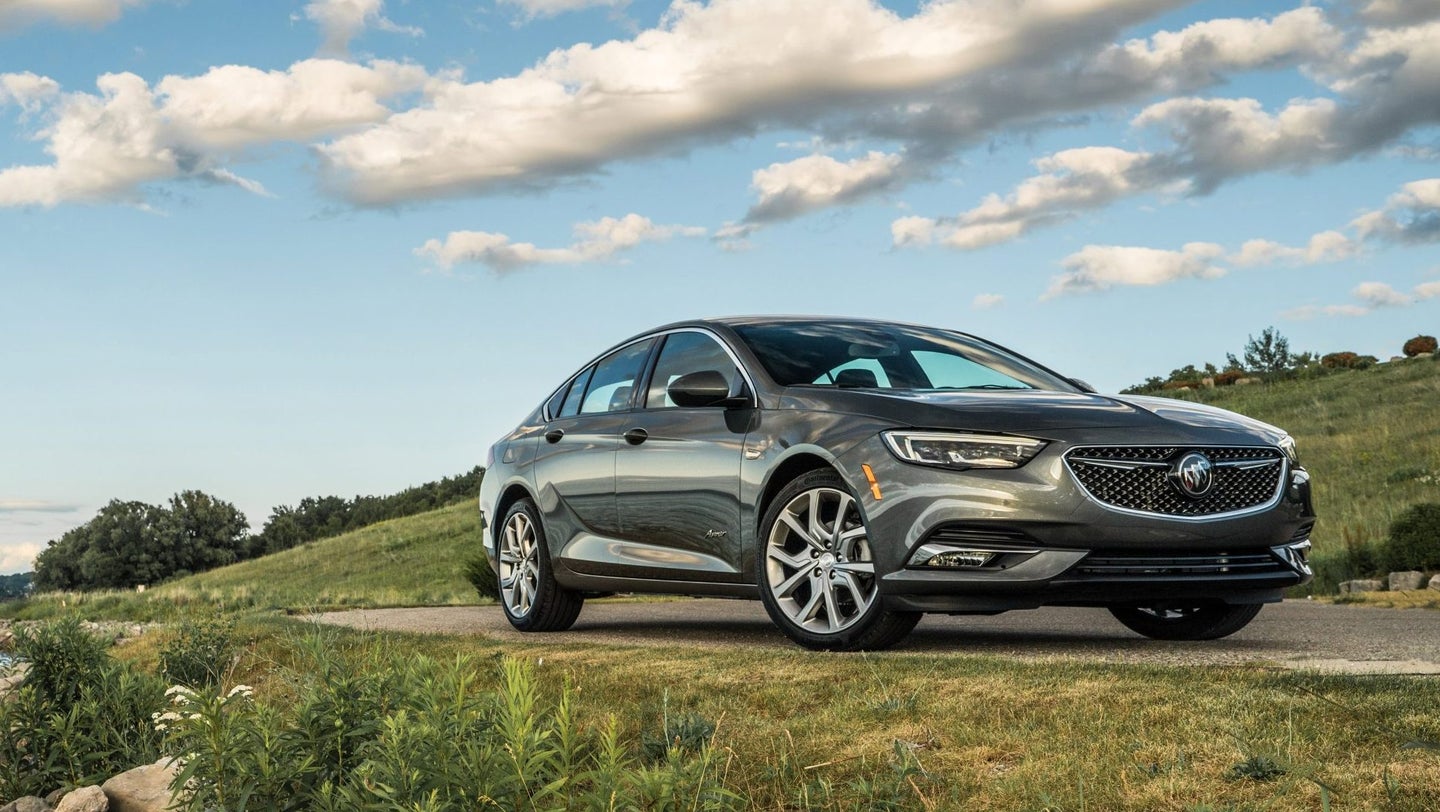 Topline: Buick will add its premium Avenir trim level to the Regal sedan for the 2019 model year as a response to unprecedented demand of its Avenir-level vehicles.

Buick's premium infotainment system comes as standard, complete with a cloud-connected voice recognition system that allows drivers to transfer their settings and preferences between vehicles. Navigation is standard, and talks back through the eight-speaker Bose audio system. A wireless charge pad and air-ionizing purifier that kills bacteria complete the Avenir's interior upgrades from the standard amenities.

19-inch Pearl Nickel wheels, Avenir door badging, and an altered grille distinguish the Regal Avenir from outside. As with the rest of 2019 model year Buicks, they will no longer carry the Buick name, only the three-shield badge.

Quotable: "Avenir sales have exceeded our expectations," stated marketing VP at Buick and GMC, Phil Brook, in the company's press release. "Buick customers value the exclusive styling, premium features and convenient experience Avenir provides, and we are excited to extend that successful formula to Regal."

What You Need to Know: Pricing information for the 2019 Regal Avenir will be made available when it makes its showroom debut, scheduled for early fall. Both the 2018 LaCrosse Avenir and 2018 Enclave Avenir start at a low five-figure markup beyond base retail pricing, positioning the approximate price tag of the 2019 Regal Avenir in the mid-to-upper $30,000s.

Avenir vehicles have quickly become the most popular packages for the vehicles on which they are available. The Enclave Avenir gobbles up more than one-fifth of the model's total sales in the United States, and Buick says the LaCrosse Avenir sells 70 percent faster than any of its other packages.

The China market, which bought up 1.18 million Buicks in 2017, has access to the GL8 Avenir, a similar but not necessarily analogous vehicle to the Regal Avenir.

"Avenir is already available on the GL8 in China, but the markets are not an apples-to-apples comparison because of portfolio and customer differences," a Buick spokesperson told The Drive in an email. "A majority of Avenir products are in the U.S. because that is where we are seeing the market demand for higher-end and more contented vehicles."