Act now if you’re looking for your next $500,000 convertible—only a few spots are left. 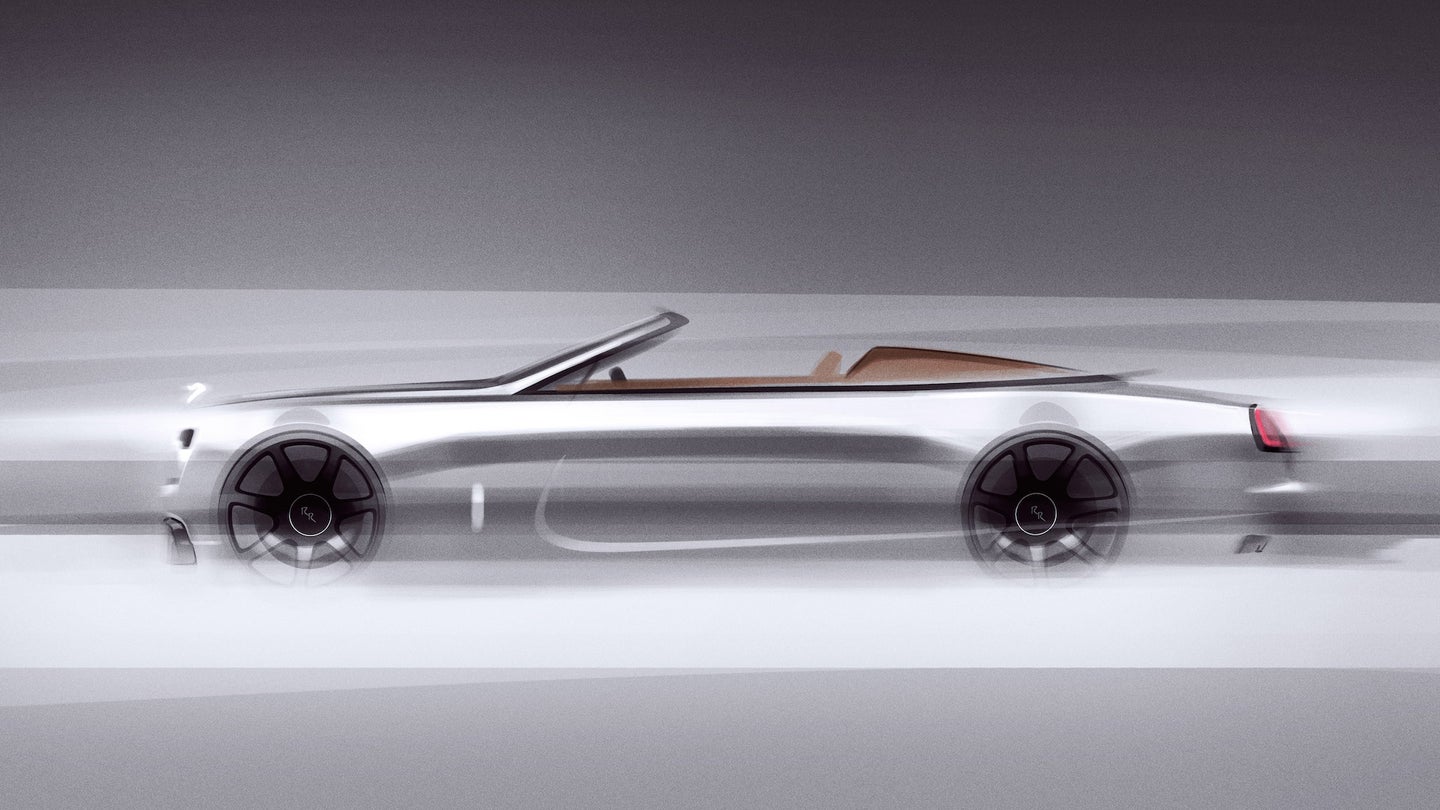 Limited edition cars can go one of two ways: Either they’re extra special and remind us why we love cars in the first place, or they come off as blatant money-grabs from cash-strapped automakers. However, when it comes to Rolls-Royce and its clients, who already come to the table expecting to dive deep into the six-figure territory, it's safe to say that the company's new Dawn Silver Bullet Collection will be an exquisite work of art on wheels rather than a tacky, badge-heavy variant of the already popular droptop.

In the most Rolls-Royce way possible, the company describes its new limited-edition car as an "ode to decadence, to frivolity, to heady heydays and irreverent past times." Ok? Apparently, this car is for the Romanovs or personal friends of Napoleon Bonaparte. In order to evoke all of those excruciatingly old-fashioned and somewhat dark thoughts, the appearance of the Dawn will change flamboyantly with even more unique woods, metals, and interior-crafting techniques. Because apparently, you're not just buying a car, you're buying an entire era. And most importantly, you're buying the successor to the iconic Silver Dawn, Silver King, Silver Silence, and Silver Spectre.

The Silver Bullet remains a drophead coupe like the "normal" model, but the new car's back seat area is covered by an aerodynamic cowling meant to give it a speedster look while accenting its high shoulders. It's unclear if this cowling will only be crafted out of leather like in the photos shown, or also teakwood like in previous special edition cars or even polished aluminum, etc. Besides all of the other absurdity you can order in a Rolls-Royce, the Silver Bullet has quilted leather that covers the transmission tunnel and runs the length of the cabin to make sure your arms or legs do not touch anything that isn't cowhide. Oh, and the wheels also get special black accents.

Of course, buying an ultra-limited Rolls-Royce isn’t all about the car. Silver Bullet customers will be able to take advantage of curated drives that the company put together just for buyers of the car, which they can access via the "Whispers" app, which is the “digital home for Rolls-Royce clients around the world.” The app launched earlier this year and can only be accessed by Rolls-Royce owners using their VIN as an entry code.

Rolls-Royce is already one of the most exclusive automakers in the world, but this car will be nearly impossible to buy at any price. The company is limiting production to just 50 cars worldwide, which means that finding one—assuming you’ve got the money and favor from RR—will be very difficult. A Rolls-Royce spokesperson told The Drive that the Silver Bullet allocation for the United States has just a few spots left for orders, and said that the car will start at $475,000, which is quite a premium over the standard Dawn's starting price of around $350,000.

Deliveries are expected start in late 2020 for a very few lucky customers.

A 6.75-liter twin-turbo V12 that now produces 592 horsepower propels the brand’s “darkest and most urban” vehicle ever.