What Secret Message Would You Keep In Your $400,000 Rolls-Royce Wraith Kryptos?

Think of it as a rolling scavenger hunt. 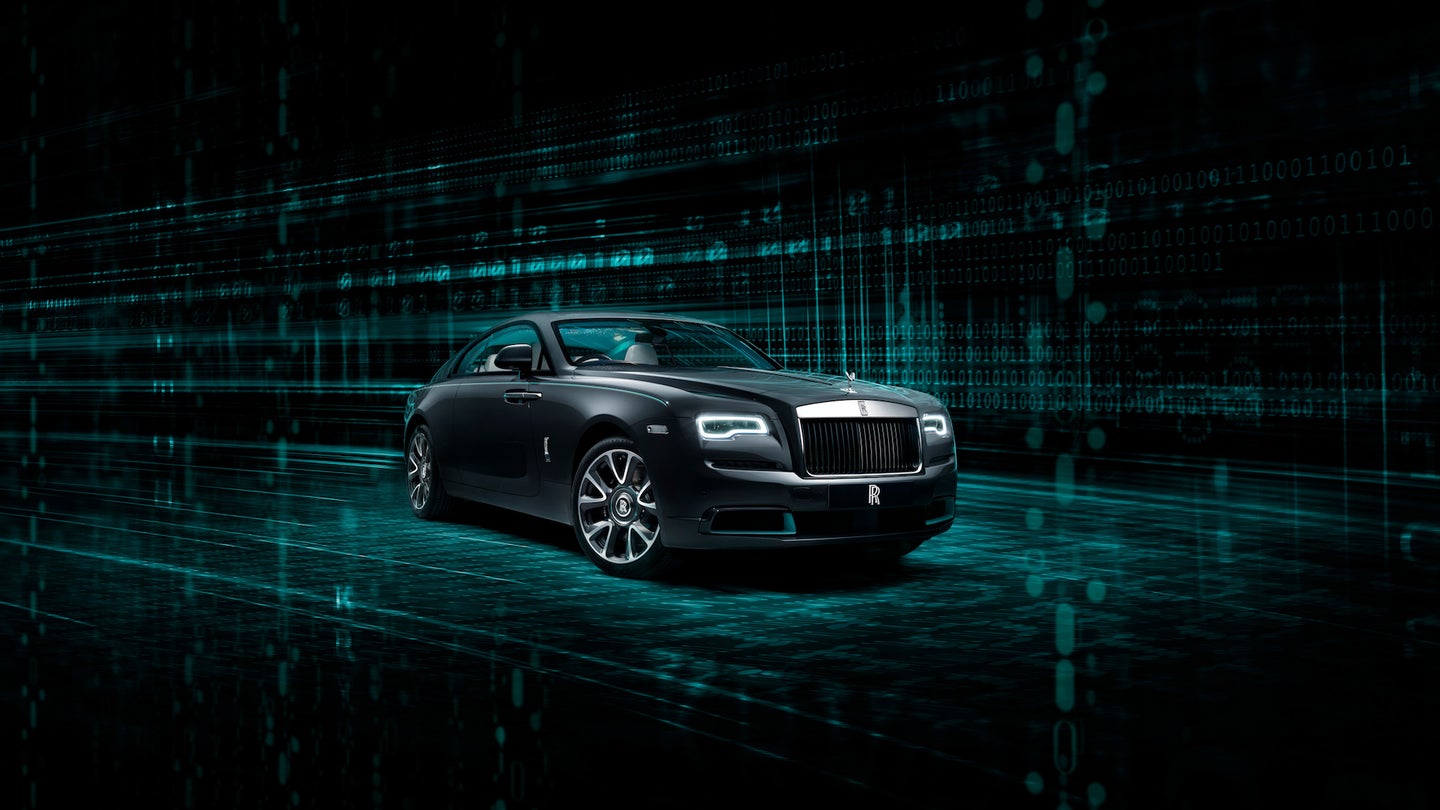 It’s getting harder and harder for Rolls-Royce to find ways to spice up its cars. I mean, there are Rolls-Royces with shooting-star headliners, with mother-pearl center consoles, and it literally gets more unique (and crazier) from there. After all, a lot of the appeal of buying a $400,000 luxury car or SUV is the fact that you can deck it out with whatever materials or colors you please. As a result, the brand's latest Wraith variant is a bit more, uh, how do you say? Cryptographic.

The new Wraith Kryptos Collection is a secretive as it is bizarre. Rather than make an even more special edition of an already special car, Rolls-Royce is releasing only 50 cars of cars with secret messages hidden in them. Think of them as rolling scavenger hunts, to which the owners themselves don't even have the answers to. Only two people do, and both of them work for Rolls-Royce.

The idea for the collection came from Katrin Lehmann, Rolls-Royce's Bespoke designer and cryptography enthusiast. Each car will feature a series of complex ciphers hidden on them, starting with the Spirit of Ecstasy, which has a code hidden in its base. Then, the exterior paint has hidden green and blue mica flakes, along with more clues along its body. The interior is finished in “Bespoke Kryptos Green” leather and has a special metallic effect. Lastly, parts of the cipher have been woven into the car's headrests in place of the “RR” emblems.

What exactly is hidden in the ciphers? Rolls-Royce won't tell. Is it the truth behind Jeffrey Epstein’s suicide, or a kick-ass meatloaf recipe? Probably not, but whatever the code contains is secret enough to be hidden in Rolls-Royce’s Goodwood headquarters in “the safe of the Chief Executive Officer,” according to the brand. The answer to what's actually in the codes is probably less exciting than we expect, but making us guess is the whole point. Well, not us, but someone who can actually afford to buy a Wraith.

If you had to encrypt, or is it enkrypt?, one message in your Rolls, what would it be? Your Netflix password, your grandma's apple pie recipe, or something more obscure?

Act now if you’re looking for your next $500,000 convertible—only a few spots are left.