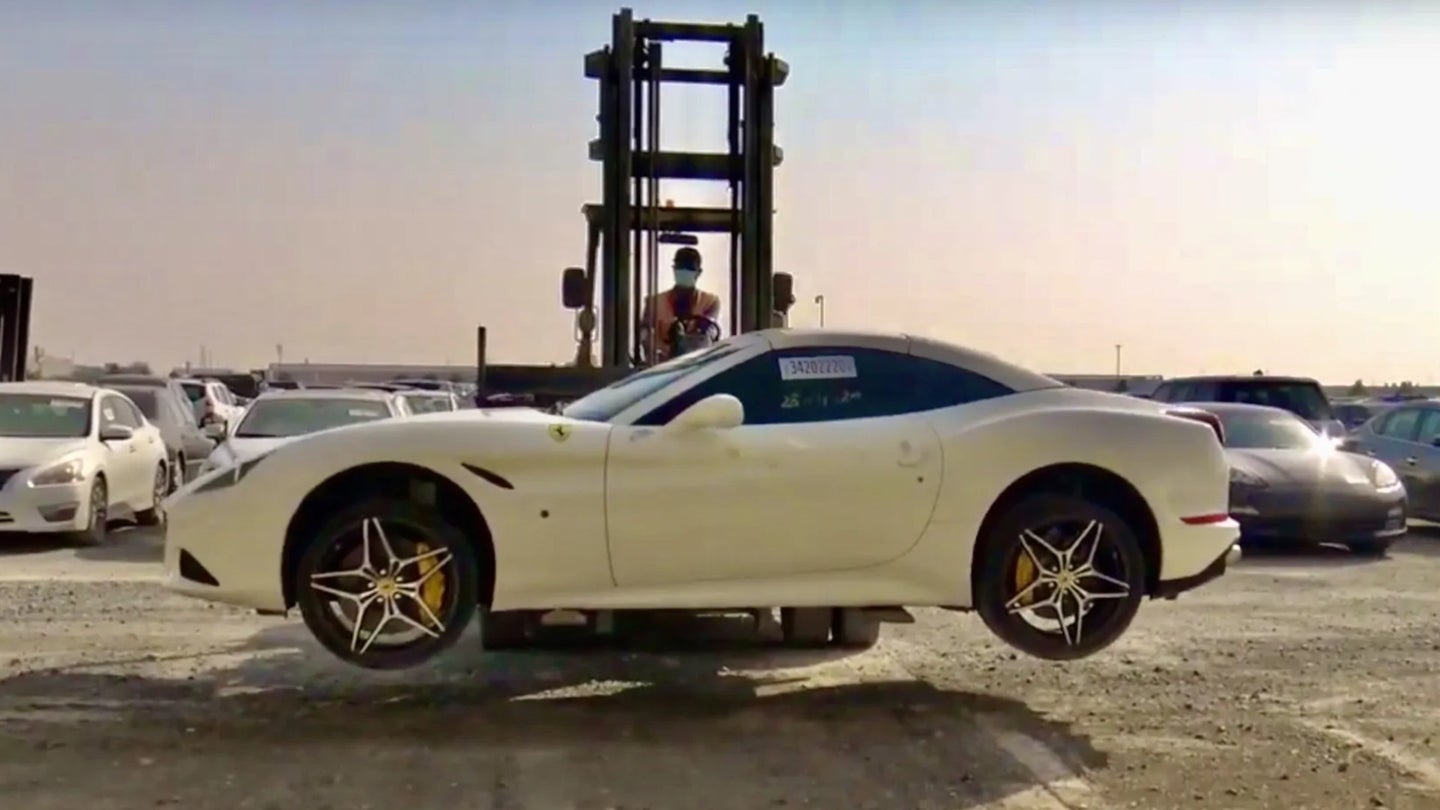 Copart is a great place for a gearhead to waste an afternoon, but very few people see the actual lots where the cars are parked for auction. YouTuber Supercar Blondie recently toured a Copart lot—in Dubai, of all places—and the vehicles she found there were enough to make an enthusiast have jealous thoughts. Damaged and abandoned Ferraris, Lamborghinis, and all manner of Mercedes-AMG cars were on full display, and some don't even appear to be damaged.

All of the cars she shows, regardless of condition, go up for auction at some point, and some end up selling for near-unbelievable prices. The lot attendant tells Blondie that a recently dropped-off Ferrari California would head to auction with a starting price of around $30,000 and could end up selling for as little as $40,000. That’s nearly $100,000 less than comparable models on sale today, but the downside is that you never know exactly what you're getting with an as-is auction car.

That’s a steal, but some of the cars are just heartbreaking. A pair of Rolls-Royce Wraiths show just how extreme a fate these high-end machines can face. One has been smashed up in what appears to be a rollover crash, while the next looks new but is said to have flood damage—a heck of an ending for a $300,000-plus car.

Some of the cars don’t appear to have been crashed too badly or at all, raising the question of why they weren’t just fixed with insurance. On the other hand, we’re talking about a place where people leave six-figure supercars parked for years in random garages and leave them abandoned on the side of the road when they can't pay their debts, so perhaps it’s not all that surprising.

As impressive as all of that is, Copart in the Middle East doesn’t just sell supercars. Mixed in with all of the exotics, there are several Nissans and a Toyota Land Cruiser, not to mention a Cadillac Escalade that strolled by on a forklift while they were filming. It’s unlikely that you’d be able to import any of the vehicles for road use here, but there could be a gnarly project car hiding somewhere for the right person.

From winning awards at Monterey Car Week to sitting in a lot with broken Toyotas.