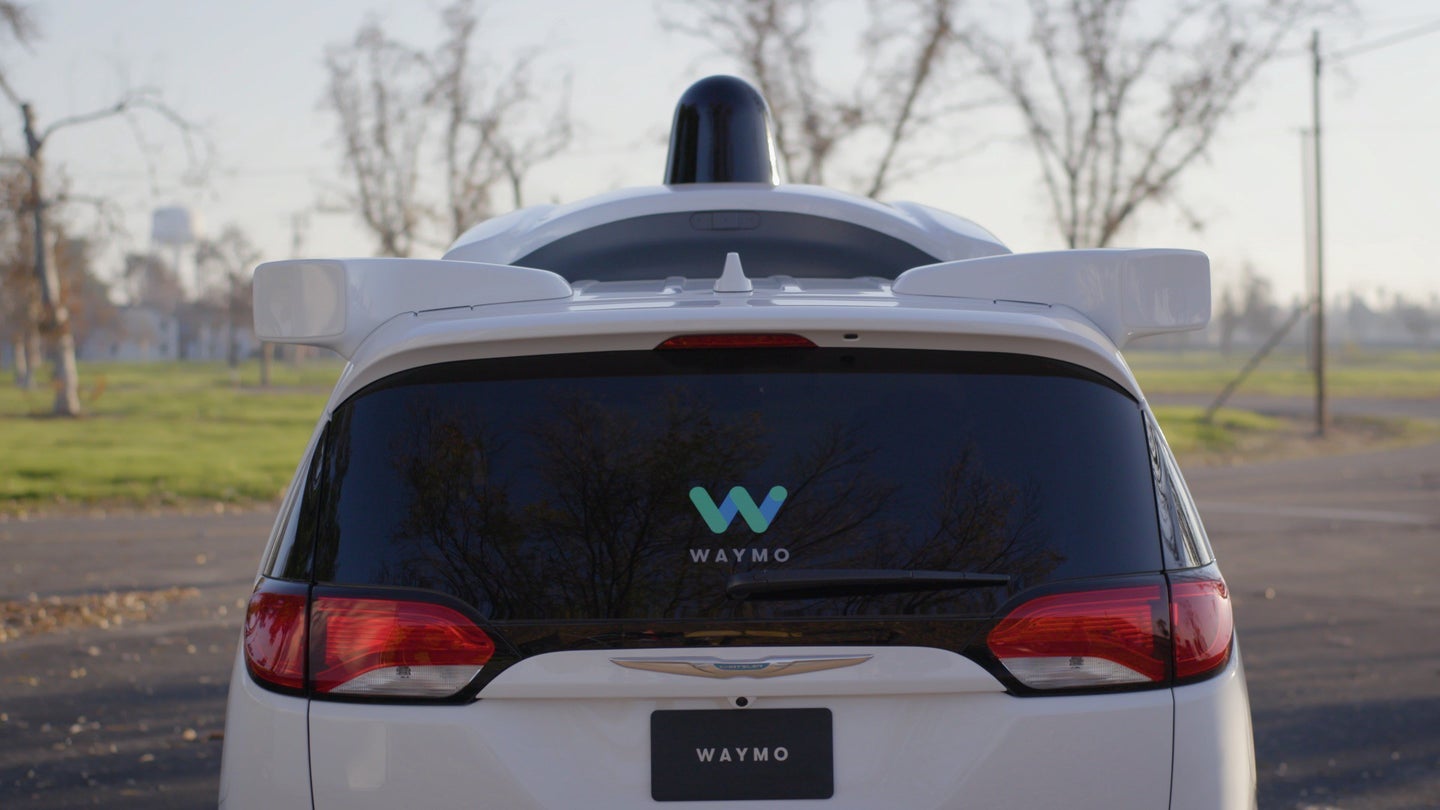 A Waymo self-driving technology test car was involved in a collision in Arizona. The vehicle was reportedly struck by another car that ran a red light, and was not running in autonomous mode, according to officials.

On Saturday night, one of Waymo's self-driving technology test cars was involved in a multi-vehicle collision at the intersection of Country Club Drive and Southern Avenue in Mesa, Arizona. An allegedly-impaired driver ran a red light and collided with the Waymo vehicle, as it was was trying to make a left turn, according to a statement from the Mesa police department forwarded to The Drive by Waymo.

The driver then continued south on Country Club Drive and hit three more cars before stopping and being arrested for driving while impaired. Police said they believed the driver was impaired by drugs.

Mesa police said the vehicle was not operating in autonomous mode at the time of the collision, and that a human backup driver was behind the wheel. Note that Waymo is permitted to test cars with self-driving technology with no one behind the wheel in Arizona.

A Waymo spokesperson reiterated elements of the police statement. "On Saturday night, a red-light runner who police believe was under the influence of drugs struck multiple cars, including slamming into one of our vehicles that was being driven manually in Mesa, Arizona," the spokesperson said.

This is the second time in as many months that a Waymo vehicle has been struck by another car in Arizona. In May, a driver was cited for running a red light after striking one of Waymo's Chrysler Pacifica minivans in Chandler. As with this week's collision, the minivan was not operating in autonomous mode at the time, and had a human safety driver onboard. Police said the Waymo driver was not at fault.