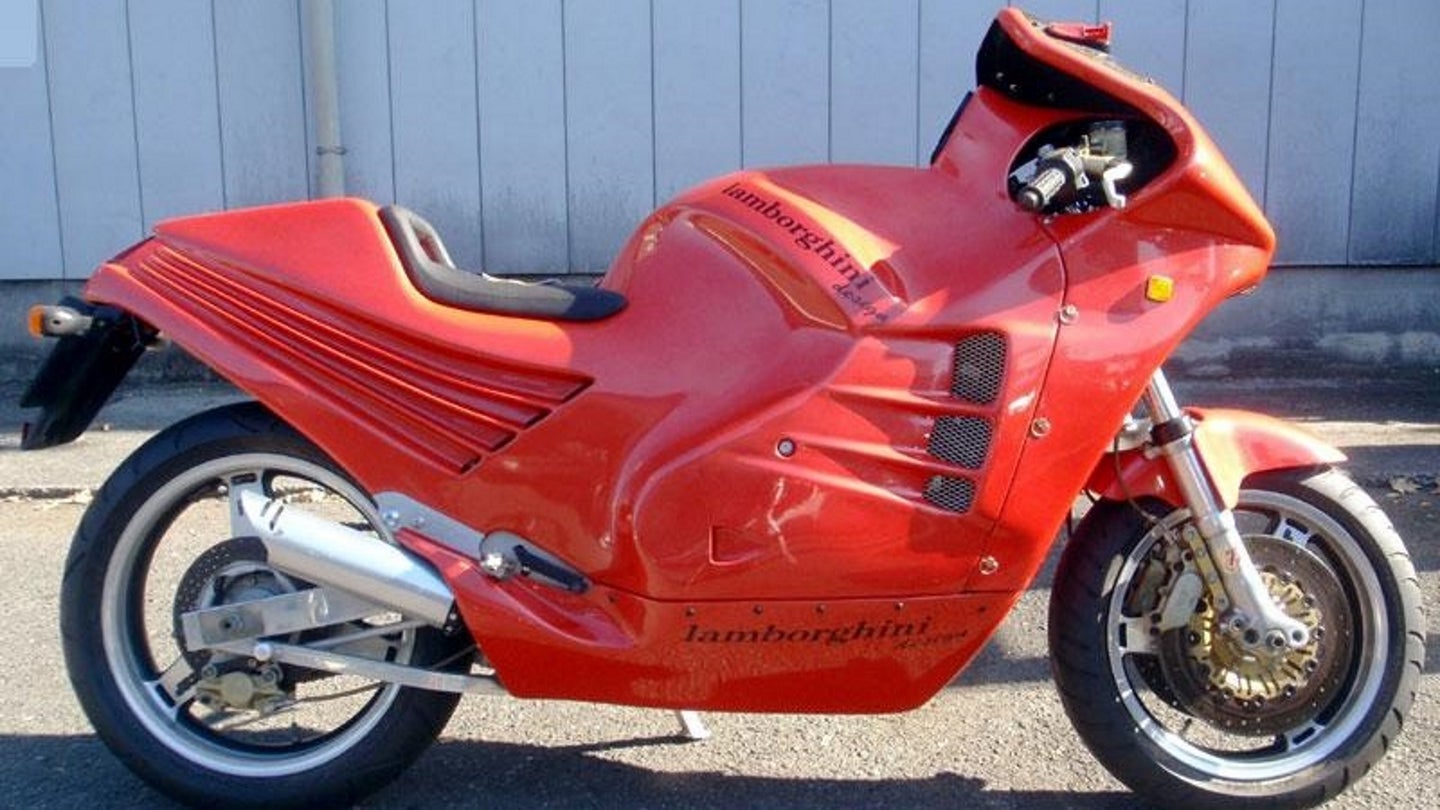 Long before Italian motorcycle brand Ducati was owned by Lamborghini (which is owned by Audi which is owned by Volkswagen), it took a shot at building its own motorcycle. The 1980s were a good time for Lamborghini thanks to edgy cars like the Countach and under the leadership of French businessman Patrick Mimran, the brand tried expanding into markets that were alien to Lamborghini at the time including boats and SUVs.

One of those efforts was the Lamborghini Design 90 motorcycle. It was largely an outsourced project with the bikes themselves being built by Boxer Bikes (now known as Boxer Design) and the engines coming from Kawasaki (I guess they couldn’t figure out a way to stuff a V12 in a motorcycle). The Design 90 has an aluminum frame and a fiberglass body resulting in low weight with a curb weight of only about 400 pounds and good aerodynamics.

Lamborghini took about 50 orders for the Design 90 at a price tag of $13,500 in 1986 money, but only six were built. The Design 90 was shelved and never revisited after Lamborghini was sold to Chrysler in 1987.

One of those six Lamborghini motorcycles just went to auction at the National Motorcycle Museum in England and nobody bought it. The starting price was $58,800 and the estimated target price tag was $117,700-$124,600. Unfortunately, when it went on the H&H auction block, it didn’t meet its reserve and went unsold.

This particular bike is powered by a 997-cubic-centimeter Kawasaki inline-four engine making about 130-horsepower and has frame number “BOXERL002” which makes it the second one built out of six original concepts. It has 7,200 kilometers on the clock which is a little under 4,500 miles.

This is one of only 48 ‘Rambo Lambos’ that were exported to the U.S.