Whatever this driver gets paid, it's not enough. 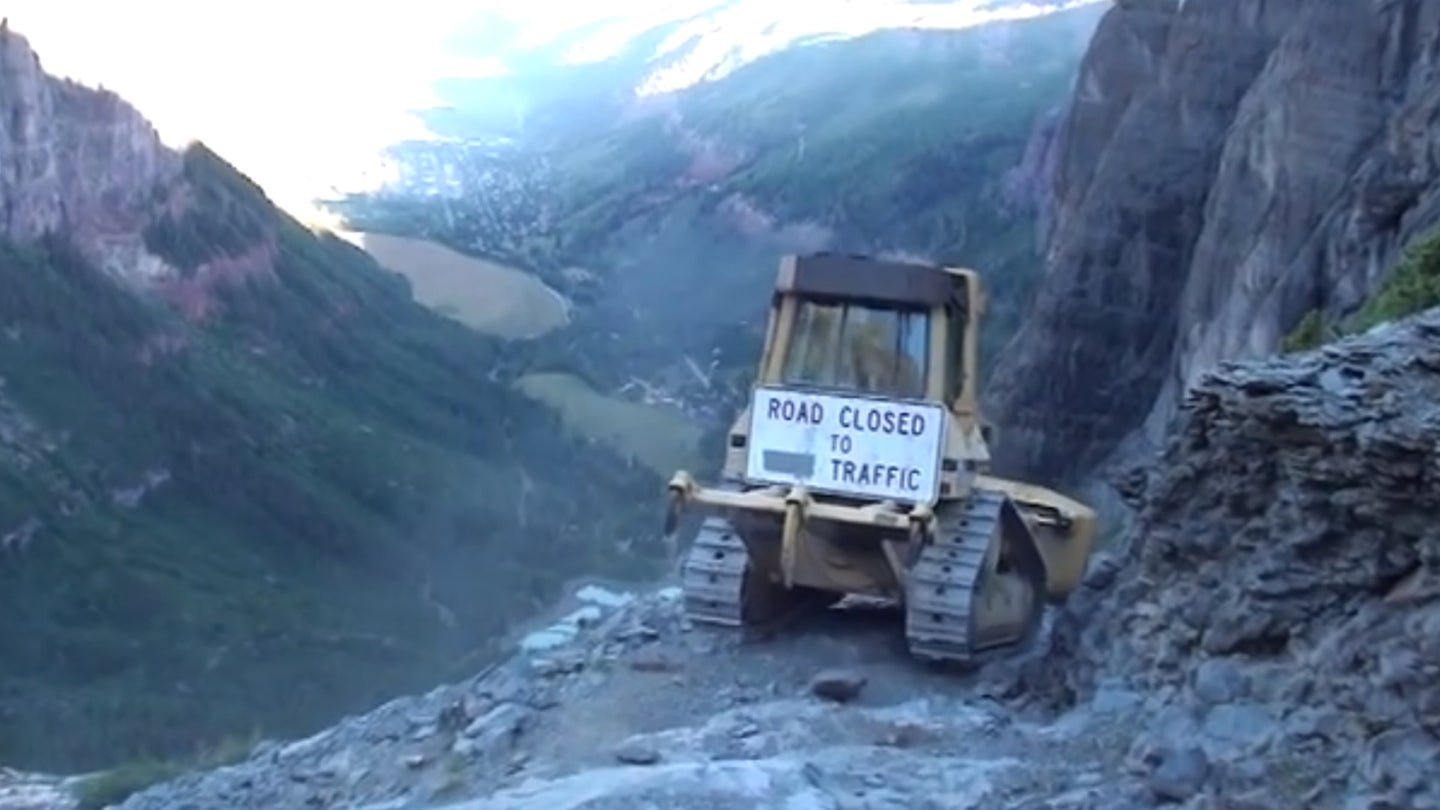 Having a bit of a risky job is one thing. Maybe you're a roofer, or you work on power lines—that's a little bit dangerous, right? Well, you know, it's really unclear to me as to why somebody would do a job as dangerous as driving a bulldozer down Colorado's Black Bear Pass to help keep it clear for off-roaders. There's nothing I like about watching this video, taken by Tom Hannahs of the San Miguel County Road & Bridge Department, besides the fact that the person in the bulldozer must be fearless. Even then, it just puts a pit in my stomach.

There's not much more for me to say. I mean, if you don't like heights, viewer discretion is advised.

Black Bear Pass—officially known as Forest Service Road 648—is a notoriously treacherous, 8.5-mile long mountain pass that stretches between U.S. Highway 550 and the city of Telluride, Colorado. At its highest point, the trail reaches 12,840 feet above sea level. And as you can see by the video, it's a long way down if you lose your footing.

But most of Black Bear Pass isn't like this. A lot of it is only moderately difficult terrain for a 4x4. That changes once you get up around the mile-long section that's adjacent to Bridal Veil Falls, the tallest waterfall in the state of Colorado. That's where this bit was filmed. The U.S. Forest Service says "A high clearance, short wheelbase, four-wheel-drive vehicle is strongly recommended for this section of the road," but you don't need them to tell you that once you've seen a bulldozer try and do it.

It's also not quite as scary when it's not very early in the morning or nearing dusk like it is in this video. Black Bear Pass is an extremely beautiful place, just don't get too distracted by the views. I would keep my eyes on the road if I were you.