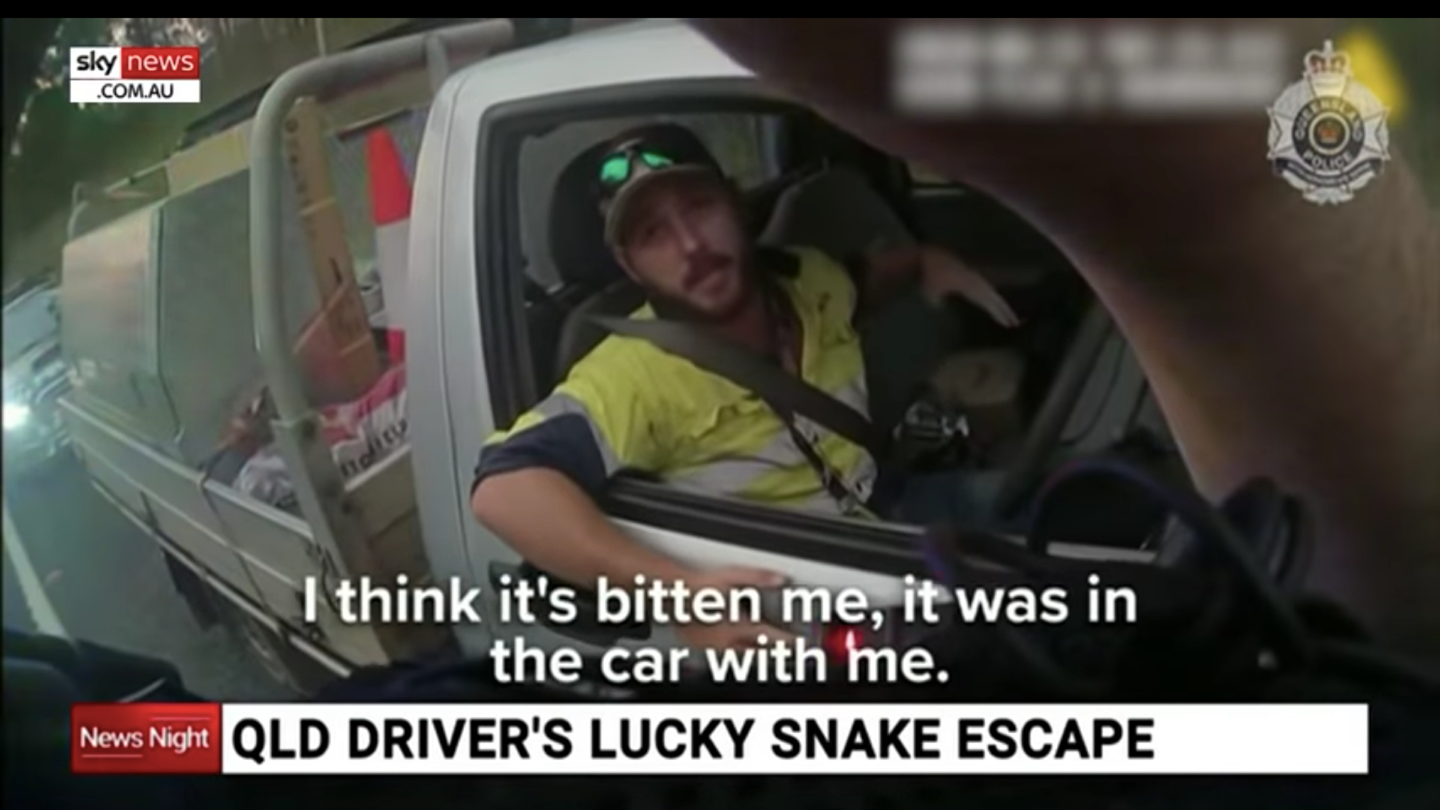 Imagine driving down a road you've been on hundreds of times and suddenly feeling a tug on your leg. You look down and see a deadly, poisonous snake slithering up your ankle, and its head is striking at the seat between your legs. This scenario happened to a 27-year-old man known only as "Jimmy" in Queensland, Australia, and after police stopped him for speeding, and told them he had an eastern brown snake in his truck and was rushing to the hospital.

According to The Sun, the incident happened on June 15th. Jimmy was traveling on the Dawson Highway at 60 mph, unaware that a venomous eastern brown snake was slithering in his truck's cab. Immediate shock set in when he realized the snake was trying to slither up his leg. The snake's head was elevated and taking strikes at the seat in between his legs.

Snakes are protected under the Wildlife Act 1975 in Australia, making it illegal to kill, but when you find yourself staring down the barrel of a deadly snake taking shots at your groin, well, all bets are off.

Armed with only a seat-belt and a knife, Jimmy had no other option than to kill the brown snake.

The rule with snake bites is to bring the snake with you, if possible, so medical officials know which anti-venom to administer. Jimmy killed the snake and threw it's body into the bed of the truck and floored it. He was terrified that he had been bitten and started to race to the nearest hospital.

According to Australian Geographic, eastern brown snake venom causes progressive paralysis and victims can collapse within minutes. The eastern brown is considered the second deadliest snake in the world, and responsible for more deaths than any other snake in Australia.

Police officers clocked him at 76 mph, breaking the speed limit, and quickly flagged him down. Jimmy pulled over immediately to seek emergency help. At first, officers did not believe his story, and Jimmy even asked the police officer to feel his chest to prove that his heart was racing then they saw the snake's body in the bed of the truck. Paramedics arrived at the scene, and much to everyone's relief, Jimmy had not been bitten and was only in shock from the ordeal—as anyone would be.

Jimmy did not receive a speeding fine, and was given a pass for killing the snake given the circumstance.

It has a six-speed manual, too.