Car theft turns into child's play with a tool as sneaky as this. 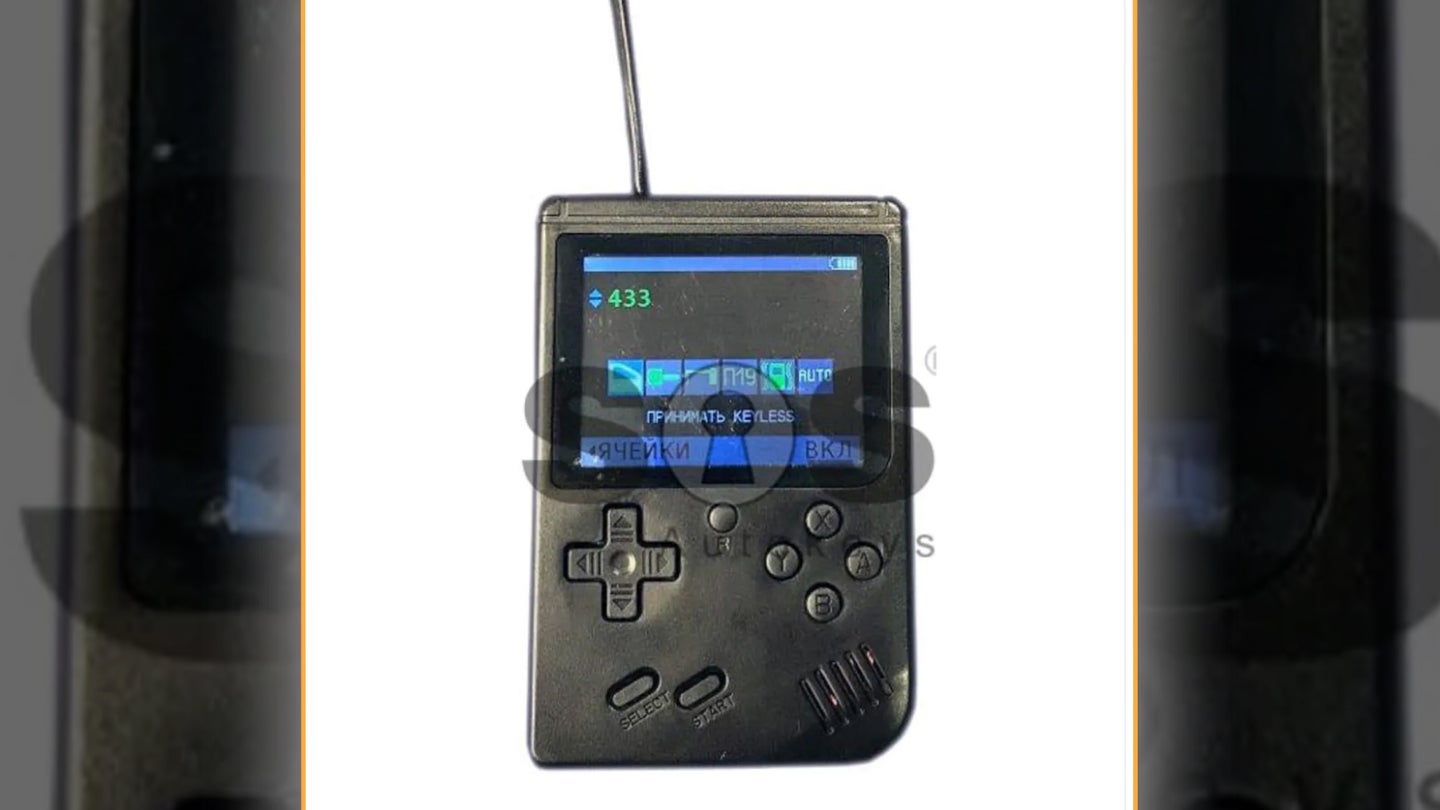 If you’re a retro gaming addict and a dedicated car thief, this device may scratch an itch you didn’t even know you had. The SOS Key Tool looks like a Nintendo Game Boy, but its purpose is far more interesting than playing Mario or Metroid. It’s a device that emulates the signals from various auto manufacturers’ key fobs and can allow its owner to gain access to a list of vehicles in seconds.

Without a close inspection, it could easily pass for the beloved retro handheld. The only real giveaways are the large antenna sticking out of the top and the fact that vehicle names show up on the screen instead of an infuriating round of Dr. Mario.

The Key Tool went on sale in June and works in a clever but disturbing manner. Owners of the device just need to walk up to a car and activate its proximity system by pressing the lock/unlock button on the door handle. The Key Tool scans and records the signal that originates from the car and allows the user to enter the car with what it thinks is an authorized remote. The vehicle will open and start the same as if the actual key were inside. It’s unclear if the tool is available for all vehicle makes and models, as the unit above is focused on Kia, Hyundai, Nissan and Mitsubishi options.

The folks behind the adorable, dangerous tool form a Bulgarian company called SOS Autokeys. SOS says it doesn’t want to sell the device to anyone with “unlawful intentions,” but there doesn’t appear to be a background check or verification involved with its purchase.

The £20,000 (roughly $25,000) price tag will weed out all but the most serious criminals, for sure, but there should defnitely be more standing in the way of buying something so powerful. The Drive has reached out to Autokeys to find out how many different makes and models the device will work with, and whether or not the company verifies any of its customers before a sale. We’ll update this article when more information becomes available, though it's worth noting that, while writing this article, the company removed the device from its website and YouTube channel.

Maybe people are starting to catch on...