The Sordid State of Highway Boondoggles

This survey shows that even infrastructure corruption is bigger in Texas. 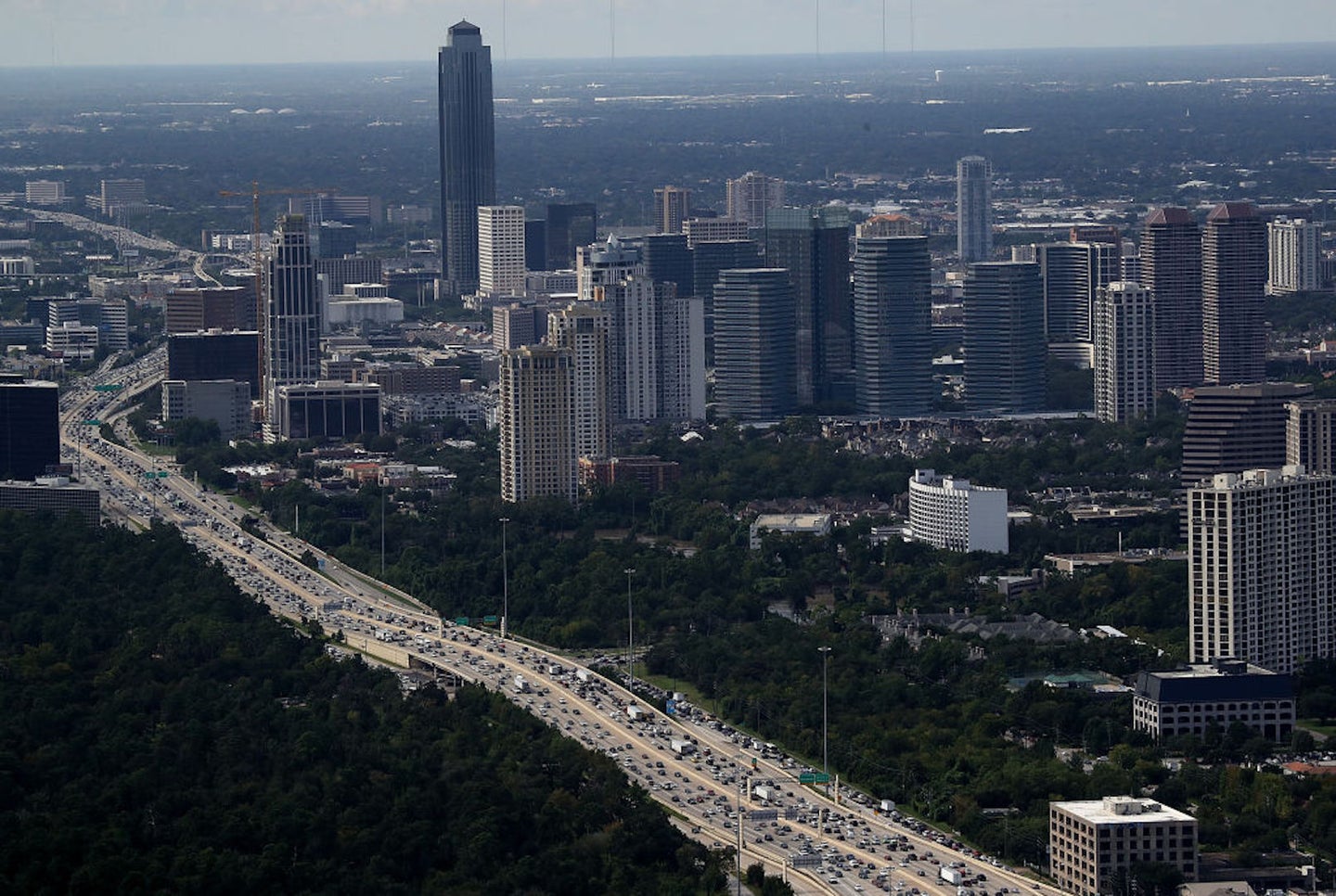 Ever since Congress green-lit the Interstate Highway System in 1956, Wasteful spending and bad planning have been as much a part of the American roadscape as public toilets and dead raccoons. So has public criticism of highway graft. To counter its early detractors, the U.S. Bureau Of Public Roads released this mild propaganda movie in 1961.

To the contemporary eye, everything in the film looks grim and brown, more like the Kansas City of The Day After than a glowing metropolis-to-be. I suppose it seemed like the future at the time. The film claims that “soon, traffic will flow smoothly in, around, and between every major city and town in America. There will be no traffic tie-ups where the Interstate goes.”

Nearly 70 years later, we can meet that statement with a gigantic LOLLLLLL.

Those were the golden heydays of Autopia, when highways promised a drive into the sunset and beyond toward a golden tomorrow, so we can excuse their optimism. Anyone who drives now knows better, or should. The boring but important Fundamental Law Of Road Congestion basically says that you can’t build your way out of traffic. But that doesn’t stop the government from trying.

Recently, the U.S. Public Interest Research Group and the Frontier Group issued their fourth-annual report on highway boondoggles, and it’s the usual catalog of waste, short-sightedness, and smack-your-head-against-the-wall frustration. From Red State to Blue State and back again all around the cloverleaf, governments continue to propose and enact ridiculous and wasteful highway projects.

Ask commuters in Los Angeles how much better their lives are since the widening of I-405, which cost $1.6 billion and took five nightmarish years to finish, completely failed to reduce rush-hour congestion. In Texas, where I live against all reason, the state’s wise transportation authority ruled that Houston’s Katy Freeway would be widened up to 26 lanes at some points, at a cost of $2.8 billion. By 2014, evening commutes were taking up to 50 percent longer. A $1.6 billion project to widen I-35 in Dallas proved so successful that traffic backs up more than four miles during peak hours.

Even in Texas, a state without income tax, the costs to taxpayers are enormous. As of 2015, Texas owed $29.1 billion in highway debt. It paid more than four billion that year just to service the debt. And yet voters. desperate to escape the endless traffic snarl that urban Texas has become, continued to divert more money to road construction, a scheme that hasn’t proven to be their friend.

Texas’ latest proposed boondoggle is an eight-billion-dollar expansion of I-35 through Austin, a road that’s the bane of every Austinites’ existence, simultaneously mind-numbingly dull and staggeringly dangerous. Austin has all sorts of possible transit improvements on the table, from new light-rail lines to pedestrian and bike infrastructure, progressive or at least sane solutions to intractable problems. For now, the proposal remains on hold because people balked at the idea of establishing toll lanes on a federal highway. But anyone who has faith that Texas officials will do the right thing when it comes to transit will be waiting a lifetime.

Gideon Weismann of the Frontier Group, who co-authored the study, says, “Being stuck in traffic is a problem that everybody’s familiar with, so people are willing to latch onto any solution that will help. The evidence that these projects just don’t work hasn’t become common knowledge. People have been making these claims forever.”

Other proposed highway horrors include:

The very definition of “boondoggle” is currently underway in Alabama with the Northern Beltline project, dubbed “The Road To Nowhere” by opponents. A proposed 52-mile loop that would ravage the hill country northwest of Birmingham, the Beltway has been spearheaded by powerful and corrupt Alabama coal and timber interests that own most of the adjacent land. Even though it’s not projected to cut down traffic at all—and in fact will probably increase traffic—The Beltway continues to sit on the table at a cost of more than $100 million per mile. Thus far, through several years of development, the state has broken ground on about a mile of road, but it remains unpaved. If the state does manage to squirrel the money from somewhere, it will chew up more than half of Birmingham’s available transportation funds from now until its estimated completion date in the far-off year 2054.

But, Northern Beltline lunacy aside, at least most of these projects involve attempts, however misguided, to fix traffic flow around thriving urban areas. In economically-struggling Shreveport, Louisiana, local politicians who make Huey Long look like Cole Porter are trying to build an approximately $600 million, three-and-a-half mile connector highway that will devastate the historically black neighborhood of Allendale, despite the fact that a sufficient loop already exists around the city. Activists have stalled the project for a year after they discovered the highway construction would destroy a historic Confederate fort, but it remains on the table for, in the usual words of highway authorities, “further study.”

I spoke with John Perkins, a freelance television producer in Shreveport, who’s been part of the group trying to throw a spanner in the highway works. He made the whole project sound ridiculous.

“There’s no traffic here,” he said. “Large cities have more traffic through their alleys than we have on any day through downtown. They’re being sold on the dream—if we build this magic 3.6 miles of highway then maybe people will start driving through Shreveport and spending money. It’s not provable. It’s just a fantasy.”

That could sum up any big road project. It’s all just fantasy and wishful thinking. That was great in 1958, when life was a highway and the American future unlimited. But if anyone really thinks freeway construction represents the future now, they either don’t leave the house much, have access to excellent drugs, or stand to profit at the public’s expense while we all bash our heads against the wheel and choke on the fumes.

“You’d be able to get from Alexandria, Louisiana, to Texarkana two minutes faster,” says John Perkins of his own private boondoggle. “That’s all it would technically do. I drove the same route in my car through town and it took me eight-and-a-half minutes. It’s a preposterous waste of money, unless you are building the highway and designing the highway. Then it’s a great idea.”