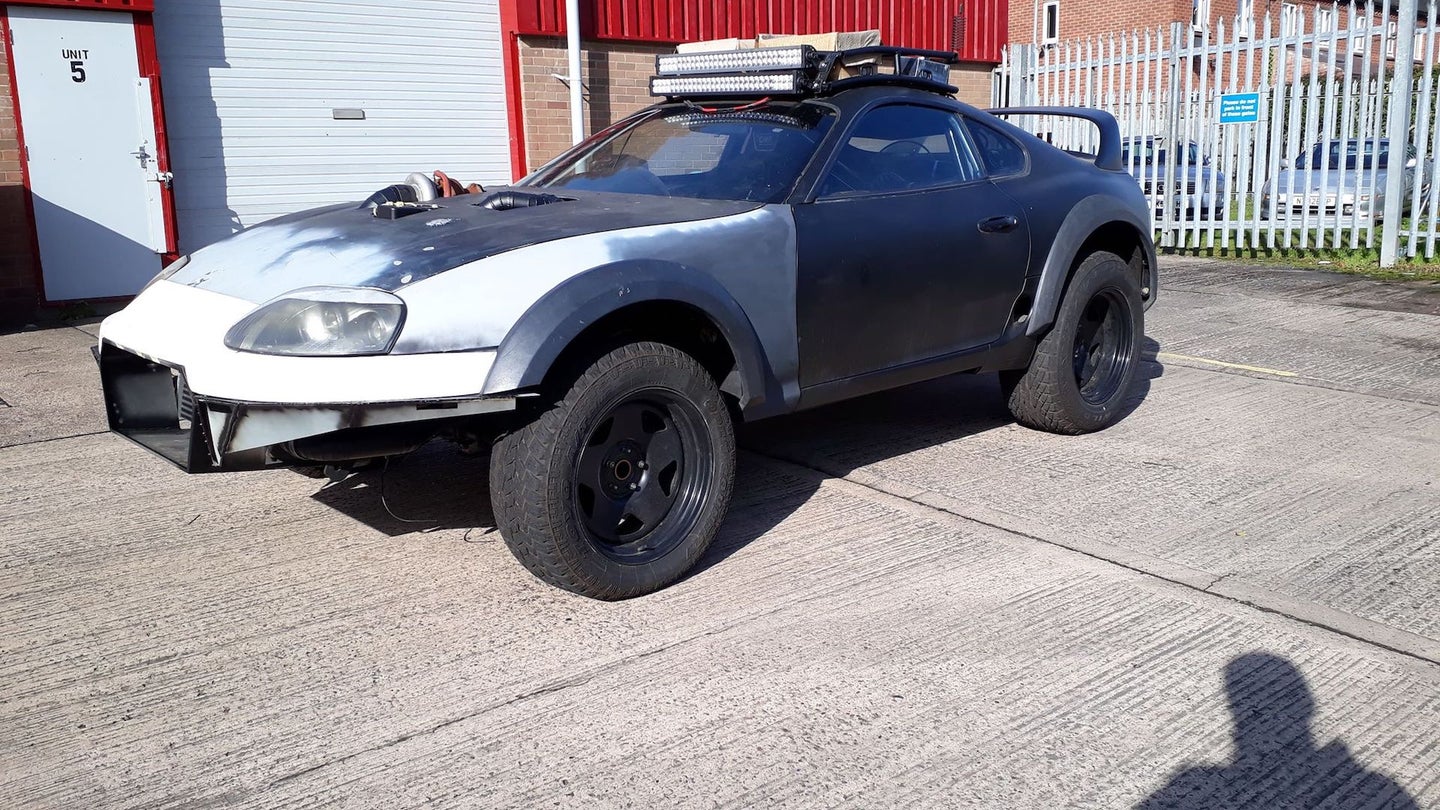 While seemingly everyone's worried about the 2020 Toyota Supra borrowing parts from BMW—including its engine—there's at least one enthusiast who could care less about where they source their parts from. In a post to the Gambler 500 Rally Facebook group, one Ashley Whitsey showed off his nearly finished Cummins diesel-swapped MK4 Toyota Supra, proving he's not the least bit worried about purity or tradition.

Diesel swaps into MK4 Supras are surprisingly popular. Back in August, we brought you the story of a builder who traded his Supra’s 2JZ inline-six for a Mercedes-Benz compression-ignition lump and actually found Whitsey’s build on the Retro Rides forum board. At that time, the project was still very much a work in progress, but it appears he’s made a lot of headway in the time since.

Whitsey says his car is not actually a salvage or wrecked vehicle as many people have speculated, and instead was a twin-turbo manual car that he just decided would be better off with an oil-burner instead of the legendary straight-six. He says it’s got 30-inch front tires and 32-inch rears, a lift kit, a custom clutch, a new turbo, and an upgraded manifold. The Cummins engine makes 250 horsepower and 620 pound-feet of torque in its stock form, but Whitsey thinks with a few more upgrades he can easily make up to 500 horsepower and 1,000 pound-feet of torque.

Those are heavy duty truck numbers in a car that originally had 320 horsepower and 315 pound-feet of torque in its twin-turbo form. Though the horsepower figures aren’t that stout, the torque numbers are outrageous and should turn the Supra into an absolute burnout monster. Reactions to the post are mostly positive, with opinions landing somewhere between “coolest thing ever” and “take my money now.” A few people do make the obvious point that Whitsey could’ve started with a cheaper version of the Supra instead of opting for the twin-turbo car with a manual transmission, but we commend him for his bravery.

Bring on the apocalypse.