Listen to the 1,600-HP Koenigsegg Jesko Roar to Life for the Very First Time 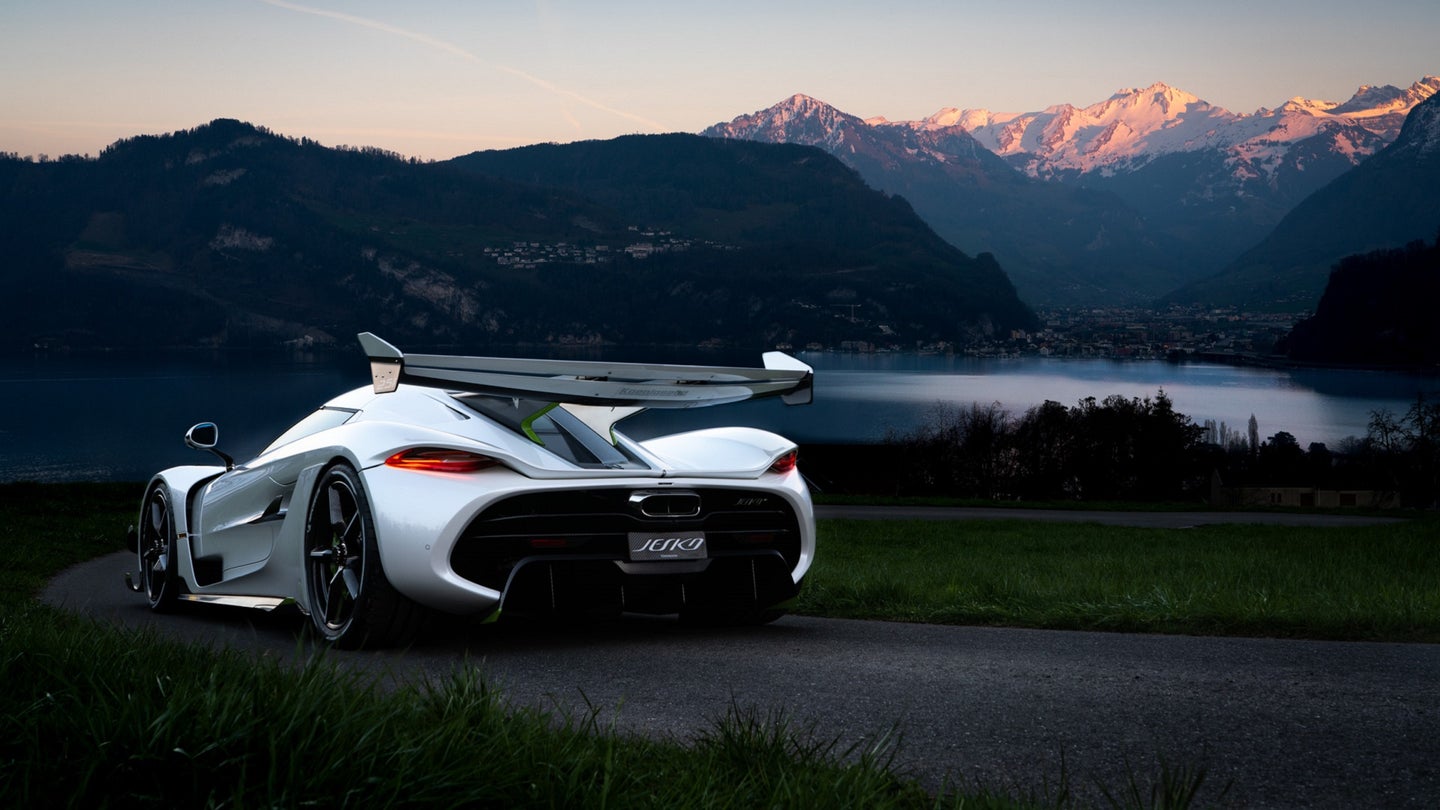 It’s not often that exclusive hypercar builder Koenigsegg comes out with a brand-new car, so whenever it does, it definitely catches our attention. Such is the case of the company’s new flagship vehicle: the 1,600-horsepower Jesko. While we already knew what the car looked like, how fast it could go, and just about how much it cost, we didn't know what it sounded like. Until now.

Koenigsegg posted a short video clip of one of its Jesko prototypes firing up its 5.0-liter twin-turbocharged V8, marking the very first time the Jesko makes its angry voice known to the public.

The engine you can hear singing the song of eight raging pistons is a revised version of the Agera’s 5.0-liter twin-turbocharged unit, which is technically based on a Ford V8. The long list of upgrades and revisions, however, includes components like a new flat-plane crankshaft that reduces the engine’s weight by 11 pounds, while increasing throttle response and raising the redline from 8,250 rpm to 8,500 rpm. The result is a whopping 1,262 horsepower on standard pump gas and up to a shocking 1,600 hp and 1,162 pound-feet of torque on ethanol E85.

Such power gets sent to the rear wheels through the automaker’s latest and craziest nine-speed multi-clutch automatic transmission, which it has dubbed the “Light Speed Transmission.” There’s technically no flywheel or even a traditional clutch connected to the crankshaft, but rather the unit houses seven clutches internally (an additional clutch for the electronic rear-differential) and two sets of three gears each that allow the transmission to combine gears for varying ratios. But above all, it boasts shifts as quick as 20 to 30 milliseconds.

Combined with the Jesko's weight of 1,764 pounds, it appears to possess the right ingredients to match or even best Bugatti’s latest 300-mph top speed record in a one-off Chiron. Sadly, the Jesko won’t feature the company’s new Freevalve cam-less engine technology, which is reserved for the company’s new hybrid supercar due in 2020.

Reportedly, all 125 units destined for production sold out within five days of its reveal at a cool $2.8 million each.