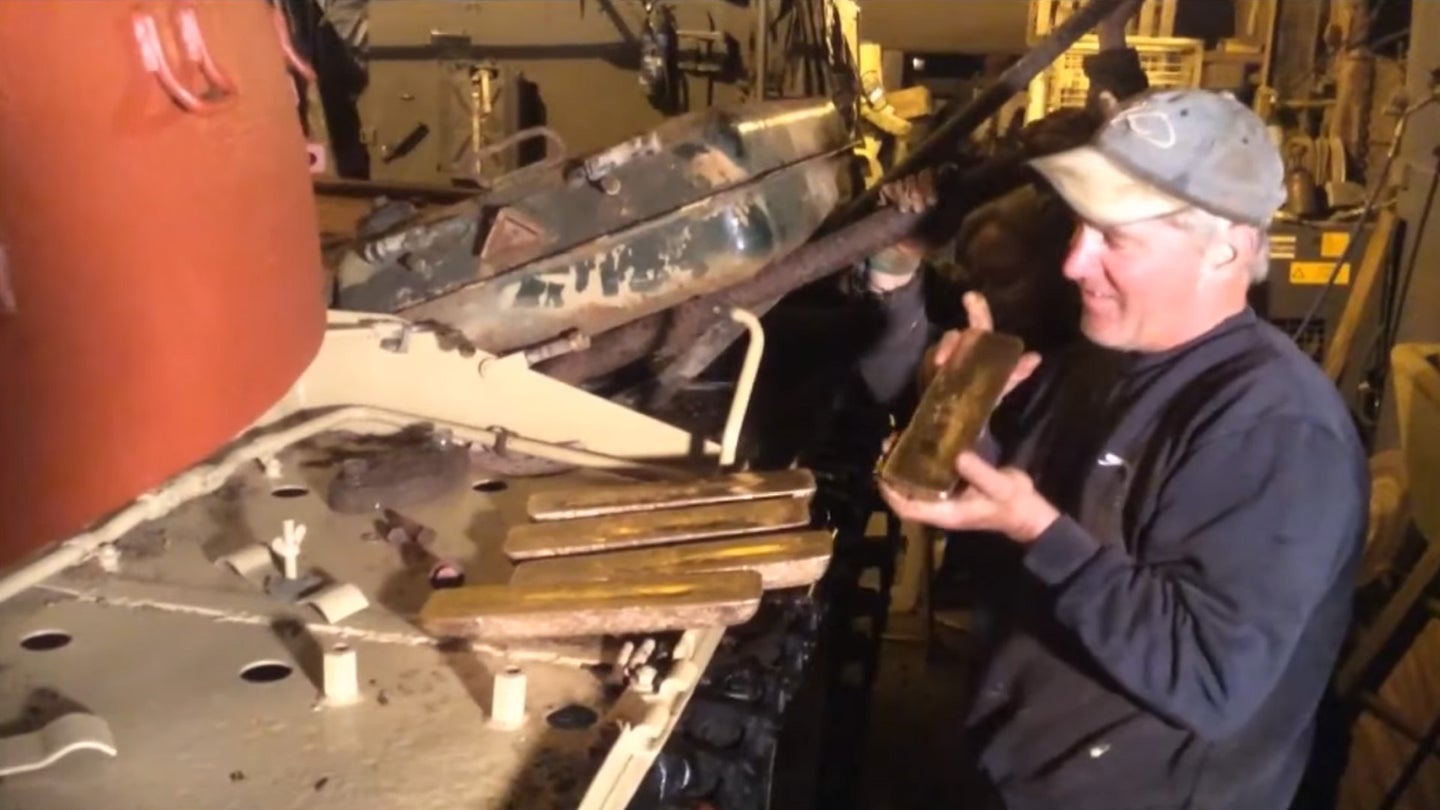 The folks at U.K.-based tank restoration company Tanks-A-Lot have one of the coolest vehicle-related jobs we've come across yet. These guys restore tanks and drive them (in addition to supplying tanks for films, events, and even hosting driving events). But while the employees may not find any novelty in driving tanks anymore, they were likely surprised by what they discovered in a recent acquistion: more than $2 million in gold.

Nick Mead, owner of Tanks-A-Lot and avid heavy vehicle collector, decided to purchase the $37,000 Chinese Type 69 tank after coming across it on eBay. This particular piece was modeled after the Russian T-54, which were sold in the nine year span from 1959-1968. During the Gulf War, Chinese manufacturers produced the tank in bulk and sold many to the Iraqi military during that time. He eventually bartered a retired British Army truck and Abbot self-propelled howitzer to the seller and brought his new piece home.

While disassembling the vehicle for restoration, mechanic Todd Chamberlain alerted Mead that he believed that one of the fuel tanks were filled with guns—a surprisingly-common occurrence when going through old military machinery. Per shop protocol, Mead grabbed a camera to ensure that they were safely covered should they recover any illegal firearms that they would be required to turn over to the police. Instead what the pair found were five gold bars weighing in at a whopping 68.5 pounds, are valued at around $2.4 million, according to The Sun.

It is believed that the gold was smuggled into the tank during the Gulf War in 1990-1991 and has remained there since. This likely is the case, as Iraqi soldiers stole a lot of gold when Kuwait was invaded in August of 1990. After the Gulf War ended, Iraq returned 3,216 gold bars back to Kuwait. If they all weighed around the same as these five, the total value of returned gold that was looted during the war could be estimated to be around $1.5 billion.

Lucky or not, Mead can be head calling the police in the video before measuring the weight of the find. Eventually, the gold was turned over to police. They did not provide Mead with $2.4 million; rather, they gave him a receipt for the collection of the bars. It is unknown if they will be returned to Mead, or if they are able to be traced to their original owners.