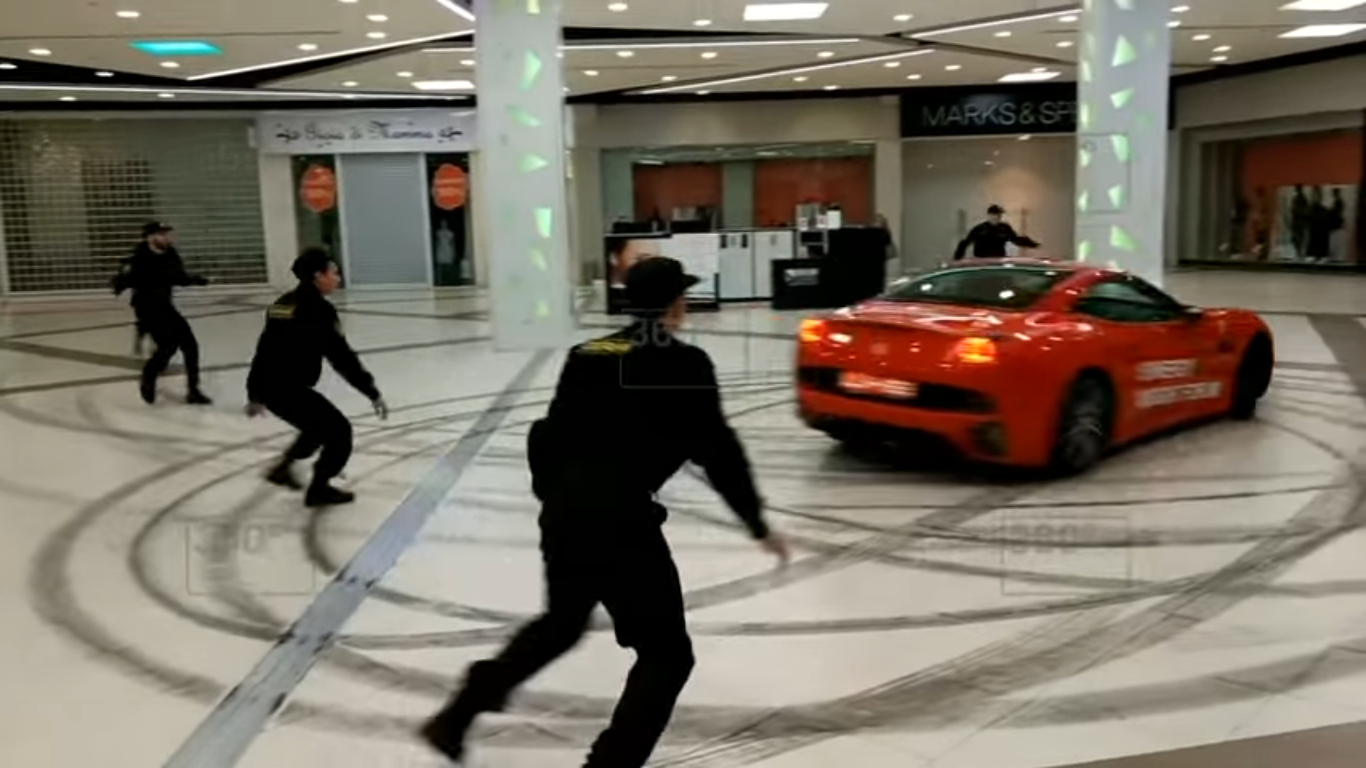 You remember the episode. The one where Jeremy tests the Ford Fiesta with the aim of finally providing useful consumer advice for once, but ends up flogging it through the inside of a shopping mall and storming a beach with the Royal Marines. It's now widely considered to be one of the greatest moments of pre-fracas Top Gear. Evidently, Aleksandr Donskoy, the former mayor of Arkhangelsk, Russia, thinks so too. Early Monday morning, Donskoy decided to pay tribute to this now-classic clip of everybody's favorite car show—the mall part, at least--in something a little less pedestrian than a lime green subcompact Ford—a Ferrari California.

Although, he would probably never admit the true inspiration for this latest stunt. According to metro.co.uk, the Russian ex-mayor said that the whole thing was a 'joke' in the 'performance' style of artist Marina Abramovic. Right.

"I like to joke. This is such a funny performance, a way of attracting attention. But, unfortunately, not everyone took it as a joke. On the whole I think this is such a funny stunt. I chose a safe place and the best route for this performance. Everything was thought out, there was no risk of causing any damage." If you say so, Aleksandr.

To my eyes, this might not have the production values or be as jovially tongue-in-cheek as Clarkson's mall outing, but looks just as staged. All we know is, some poor Russian janitor's gonna being working overtime.