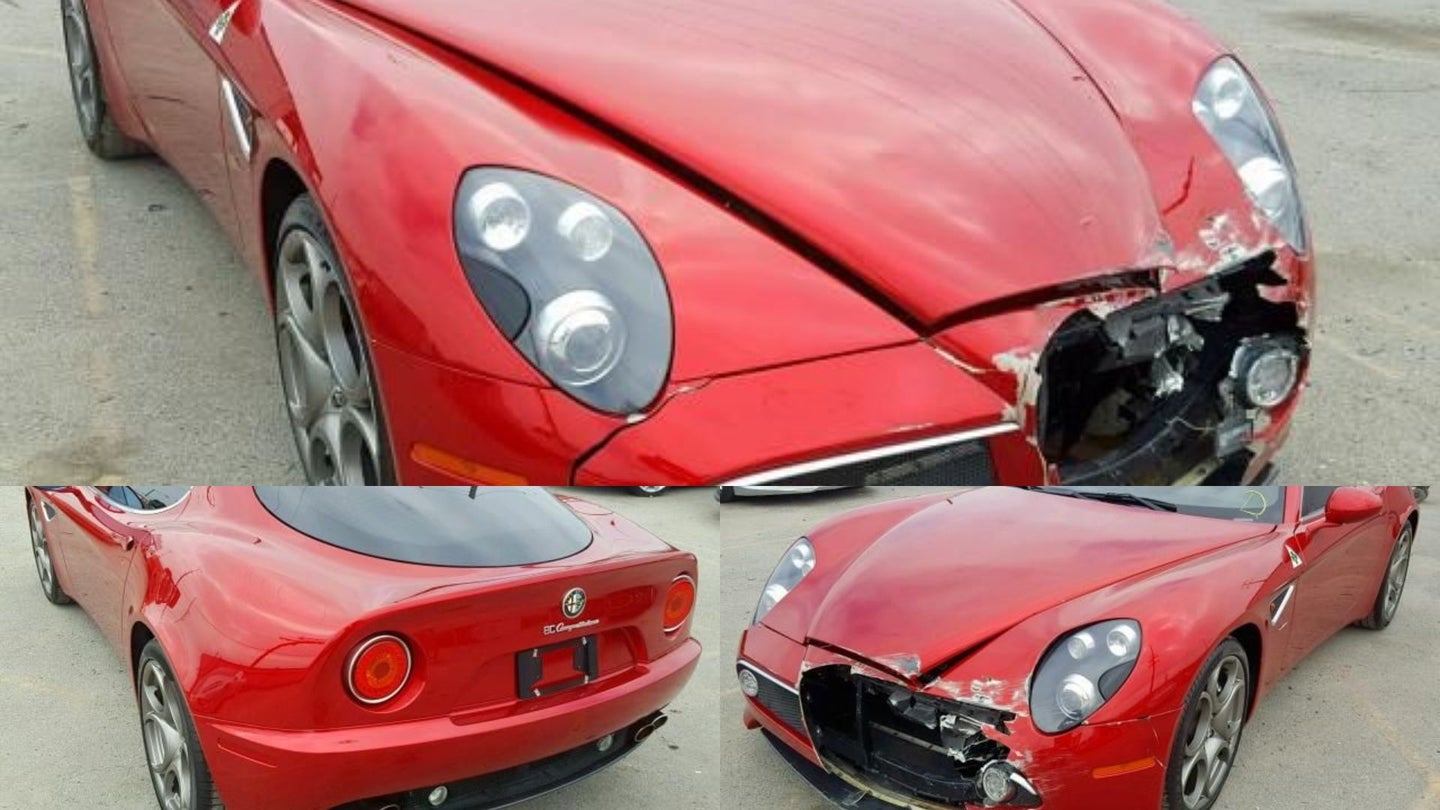 The 8C Competizione concept was first shown at the 2003 Frankfurt Motor Show. According to Alfa Romeo at the time, it was meant to recall the brand’s pre-war racing cars, while reintroducing its sporting range. After the concept's debut, a prototype was built using a 3.0-liter engine, but later abandoned. Three years later, at the 2006 Mondial de l’Automobile in Geneva, Alfa Romeo showed off the production version of the 8C Competizione.

From the outset, Alfa Romeo created the 8C as a limited-production halo car to lead the brand back to the U.S., having departing in 1995. Only 1,000 units—500 coupes and 500 Spiders—left Alfa Romeo’s factory in Modena, Italy, making the 8C a rare gem indeed.

The 8C was powered by a cross-plane 4.7-liter V8 engine co-developed by Maserati and Ferrari, and built by Ferrari, coupled to a six-speed, single-clutch automated manual transmission. It sent power rearward to a limited-slip differential. From the factory, Alfa Romeo quoted the 8C at 444 horsepower and 354 pound-feet of torque, delivering a 0-60 time of 4.2 seconds, a quarter-mile run in 12.4 seconds, and a top speed of 181 mph. A set of Brembo carbon-ceramic brakes were able to draw down the 8C from those lofty—for the time—heights.

Built on a steel frame, the phenomenal contours of the 8C were made of carbon fiber by Italian coachwork ITCA Produzione. The bodies were then sent to Modena where the 8C was hand-assembled at the Maserati factory in Modena.

When new, the Alfa Romeo 8C Competizione cost U.S. buyers $250,000. 8C Spiders carried an extra $50,000 premium. Prices have remained relatively stable since then; Hagerty estimates the average 8C coupe is worth $278,000, although a pristine example sold at RM Sotheby's Amelia Auction earlier this year for $324,000 including buyer's fee. Interest in the 8C may rise, however, as it's becoming increasingly likely Alfa Romeo will once again leave the U.S. market. Which brings us back to this crashed example.

According to the listing, the 8C Competizione has front-end damage, although it’s unclear what caused the accident. We’d guess it rear-ended another car, given the way the carbon fiber bumper has been crushed. It wasn't likely that hard of a hit, however, as the car’s airbags didn’t deploy and the engine bay looks intact. Praise be. It currently shows 8,027 miles on the odometer and Copart estimates its retail value at $388,458, which seems outrageous in light of Hagerty's valuation.

Still, the current bid is only at $134,000. If the car sells, and the damage is restricted to what can be seen in the photos, the purchaser could be looking at a massive windfall. We just hope it returns to the road to stoke more memories someday soon.