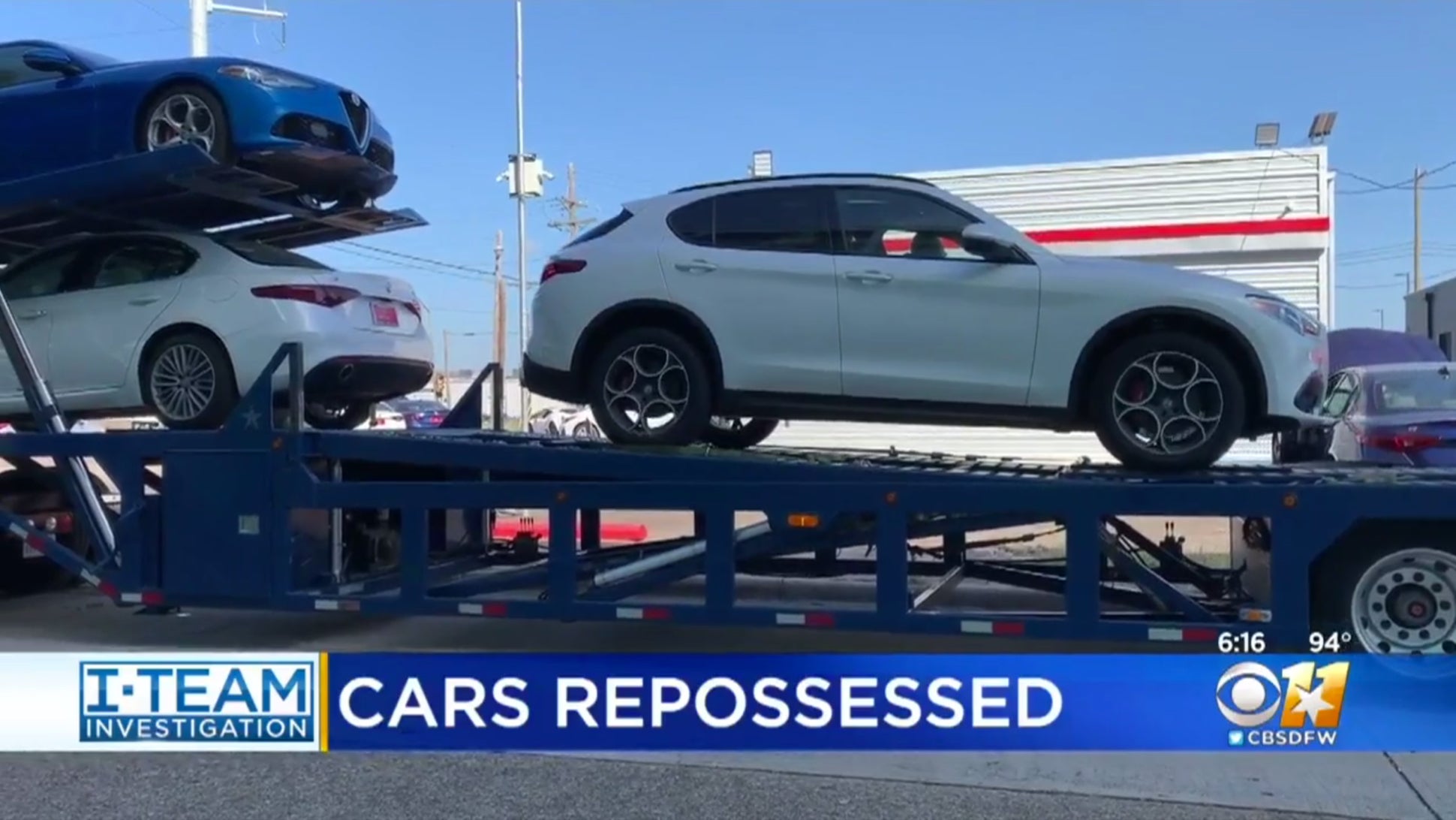 Alfa Romeo of Dallas just lost a significant chunk of its inventory in an unexpected way: repossession. The dealership's parent company, Kamkad Automotive, is millions of dollars in debt according to CBS 11, and creditors have had enough. Fifty of the dealership's Alfa Romeos were repossessed Wednesday morning, and the locks were changed on the dealership's buildings.

Representatives from Kamkad's lender, Ally Financial, were at the dealership Wednesday as the Alfas were loaded up on to trailers. The cars were taken to ADESA Dallas, an auction company in Hutchins, Texas.

A sign on the dealership's door from its landlord, dated July 9, stated that the locks had been changed as the dealership was behind on its rent:

Because your rental payments are delinquent under the above lease… Melnic Ltd. has exercised its statutory and contractual right to change or modify your door locks. You will not be allowed access to your leased space until the past due rent has been paid.

Kamkad Automotive is a north Texas company that specializes in buying distressed dealerships, but had apparently become a financially dire case in its own right. Customers of its Alfa Romeo, Fiat, and Hyundai dealerships started noticing problems several months ago when they claimed they hadn't received titles or license plates for their new cars. Over 400 customers hadn't received their titles from Kamkad dealerships in June, per Dallas County Tax Office stats cited by CBS 11. Others claimed that Kamkad hadn't paid off the balance on their trade-in vehicles.

Kamkad's CEO Ken Strickler took full responsibility for the issues people were facing, telling CBS 11 that he estimated that the company was in debt to the tune of $35 million after he ordered too many luxury cars in 2017 that he couldn't sell fast enough, and fell behind on payments to the dealership's lender accordingly.

"To lower our lender’s risk, we had to increase customer dissatisfaction," Strickler told CBS 11 of the problems.

Last month, Strickler's three dealerships had 26 trade-in issues to resolve as well as 40 outstanding tax, title, and license transactions. The trade-in issues alone were worth $700,000.

Kamkad has three dealerships in the Dallas area: Alfa Romeo Fiat of McKinney, Alfa Romeo of Dallas and Kamkad Hyundai of Huntsville. They briefly tried to purchase the cash-strapped Fenton Hyundai of Mesquite earlier this year and were far enough along to take over Fenton's management duties for the month of May, but later backed out of the deal. Strickler denied that the dissolution of the Fenton Hyundai deal had anything to do with Kamkad's own financial woes, however.

Employees with the Dallas Tow Boys towing company told CBS 11 that they expect to start towing more cars from Alfa Romeo Fiat of McKinney on Monday as well.

The Texas Department of Motor Vehicles was already reviewing Kamkad's dealership license in May, per documents obtained by CBS 11. Their investigation uncovered over $1.3 million of Kamkad's estimated $35 million in debt. The state has received 224 complaints about Kamkad dealerships alone, and Hyundai already moved to terminate the dealership license of Kamkad's dealership in Huntsville. So, just in case Alfa Romeo of Dallas had your dream car on the lot, you were probably going to have to look for it elsewhere soon anyway.