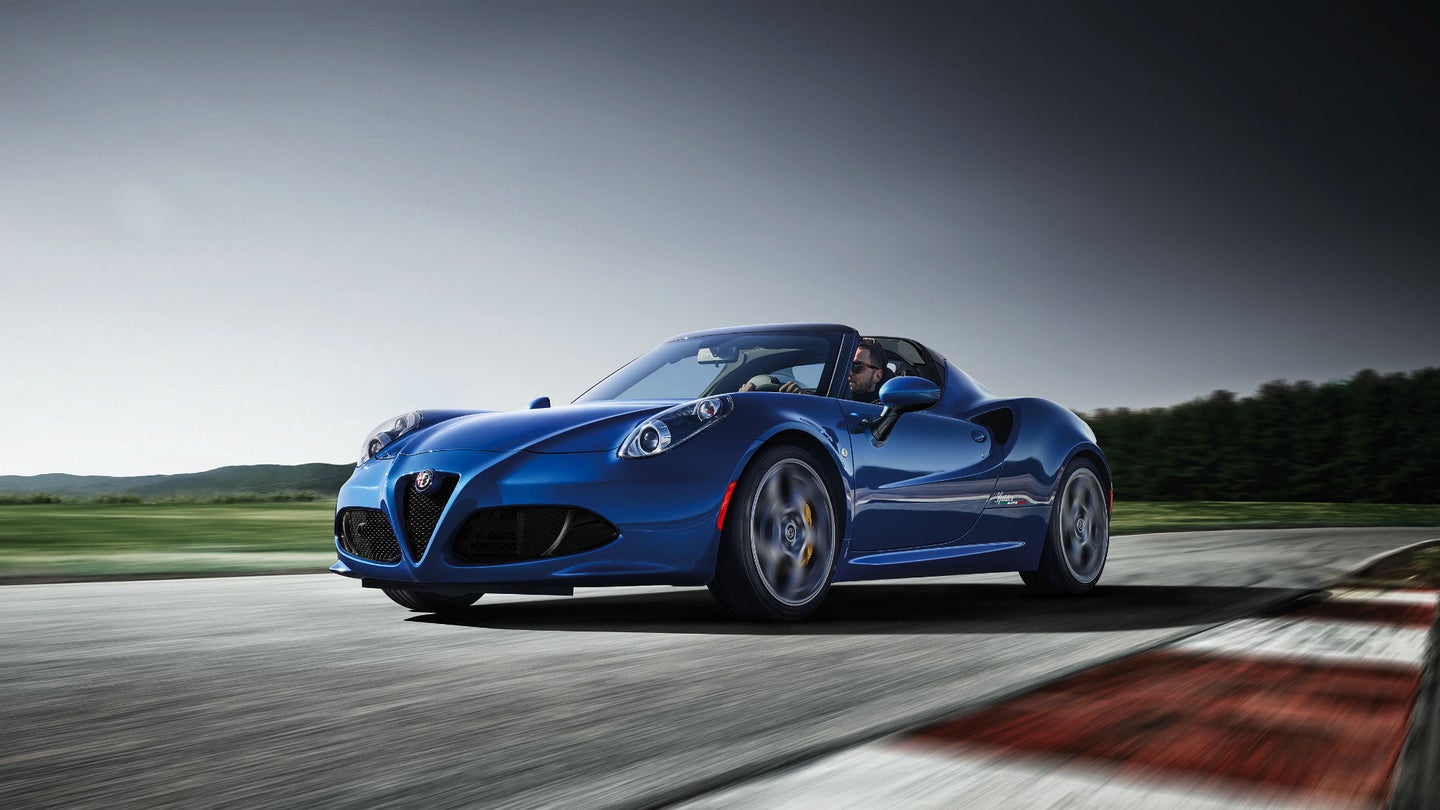 Alfa Romeo has confirmed at the Chicago Auto Show that it will continue to sell the 4C Spider in America as a 2020 model. This stems from the news last year that Alfa would be canning the coupe version of the 4C due to poor sales. Also for 2020, the North American market will get an exclusive, extremely limited version of the 4C known as the Spider Italia. Production will be capped off at a scant 15 units.

How does the Italia differ from a standard Spider? Well, it comes in a Misano Blue Metallic paint color not available on other 4Cs. The car's front intake and rear diffuser have been given a piano black finish, and Spider Italia decals are placed on either side of the vehicle. On the inside, you get an aluminum dashboard insert bearing the Italia name, and a little plaque on the center console denoting the Spider's number out of 15.

An Alfa Romeo release states: "With seating for two, panoramic views, and the soundtrack of an Italian performance-tuned engine and exhaust, 4C Spiders are among the most exhilarating experiences in motoring—and represent the very core of Alfa Romeo’s DNA and heritage."

The Italia's minor touches come at a $5,000 mark-up over the 4C's $66,900 retail price, for a combined $71,900. Mechanically, the Italia is identical to the regular Spider, which is, in turn, unchanged from the previous year's model. A 1.8-liter, turbocharged, four-cylinder engine sits amidships in the Alfa's lightweight carbon chassis, putting 237 horsepower to rear wheels through a six-speed dual clutch transmission.