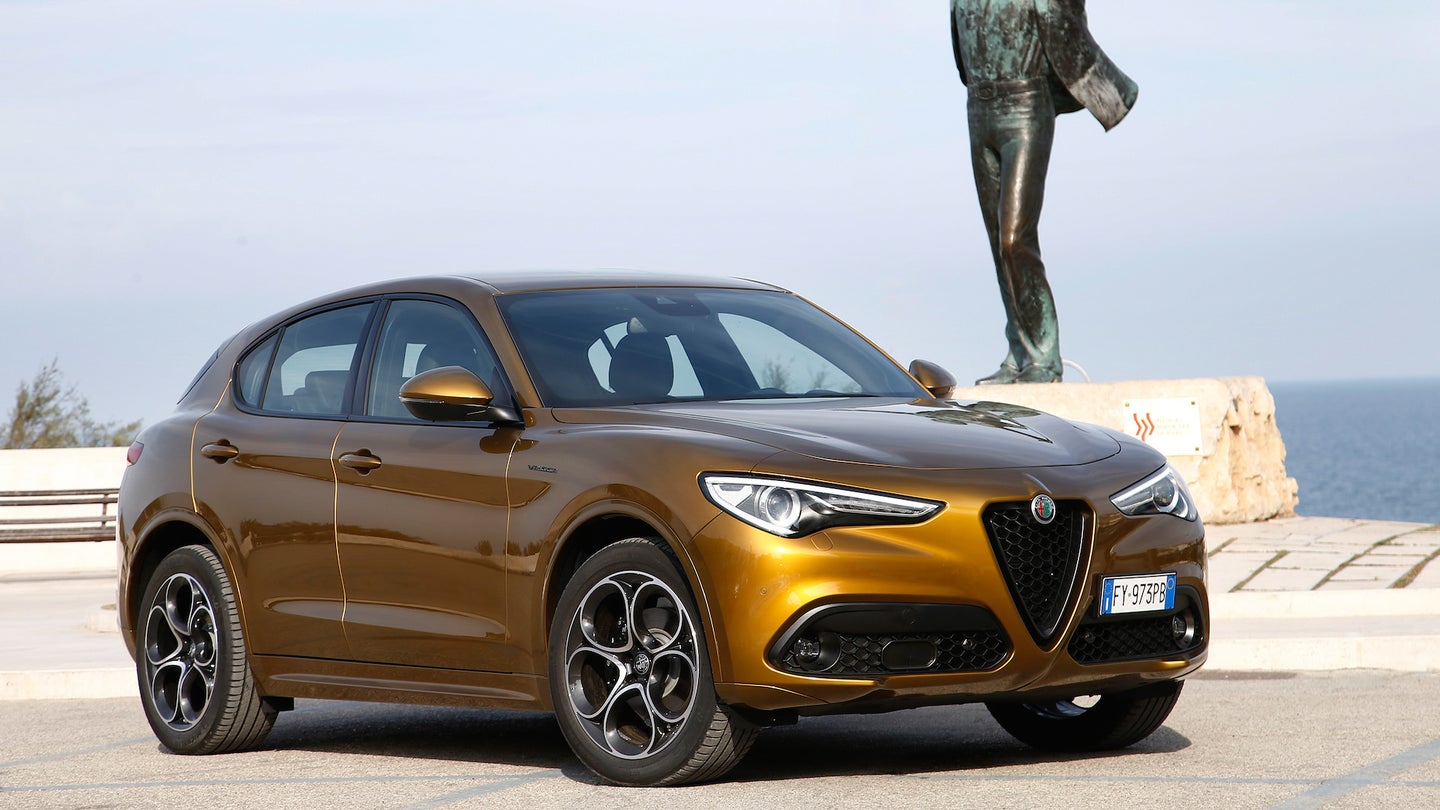 Break out the Grappa and brace yourself, because Alfa Romeo is updating the Stelvio sport crossover for 2020. The Italian automaker's mass-market offering receives a bevy of high-class features ranging from updated semi-autonomous-driving tech to trick interior finishes.

One of the most notable changes for the 2020 model year is a suite of Advanced Driver Assistance Systems (ADAS). Alfa Romeo says the new equipment adds up to Level 2 capability on the SAE scale, which means that the driver can let the car control the accelerator, brake, and steering under very limited conditions. The system comes with lane keep assist, blind-spot monitors, active cruise control, traffic sign recognition, and more.

Inside, the Stelvio gets a reconfigured center console with a redesigned gear lever, an optional wireless charging function, and nice appearance touches throughout. The steering wheel is available wrapped in plain or perforated leather and has been redesigned to add controls for the new semi-autonomous driving features. Thankfully, the engine start button remains on the steering wheel.

The 2020 Stelvio will come with an updated infotainment unit that brings simpler operation and new app functionality. Alfa opted to upgrade the 8.8-inch infotainment system to a touchscreen setup, which should drastically improve the confusing mix of the scrolling wheel and buttons found in previous models. The company says that the infotainment menus have also been redesigned to allow for “full unmitigated enjoyment of a completely absorbing driving experience.”

The Stelvio engine lineup should remain in place for next year, which means a 280-horsepower inline-four for all trims except the full-send Quadrifoglio model, which although not confirmed will most likely retain its 505-hp, 2.9-liter twin-turbo V6. Alfa says the majority of the Stelvio line will be available at the beginning of 2020, but we’ll have to wait a bit longer for the Quadrifoglio, which the company says will come “during the course of the next year.”