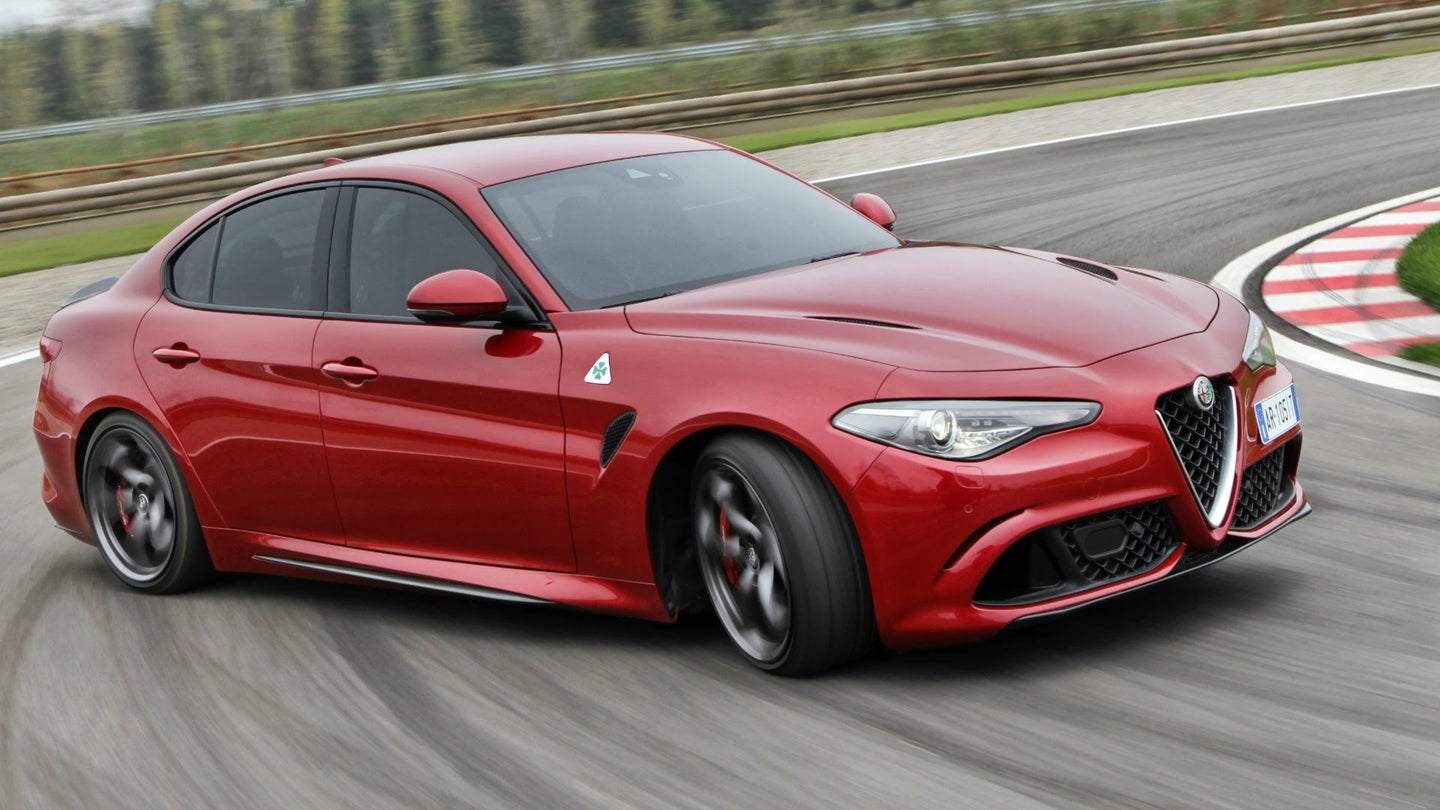 With the introduction of two hot new models, Alfa Romeo production has reportedly shot up 62 percent in 2017. That’s according to the Fim-Cisl Italian trade union and this is not an official statistic. An Alfa Romeo representative said he “cannot comment on production numbers” in an email to The Drive.

The production growth is because of the introduction of the Stelvio crossover and the Giulia sedan which both began production in 2016, but had their first full calendar year of production in 2017. The Giulia and Stelvio were both introduced to the U.S. market in 2017 in January and July, respectively. Alfa Romeo sales in the U.S. alone jumped from 516 in 2016 to 12,031 in 2017 according to the same report, a 2,231 percent increase.

According to the numbers from Fim-Cisl published by Automotive News, Alfa Romeo’s three Italian factories produced 150,722 vehicles in 2017 which is way up from just 93,117 in 2016. While that’s a huge percentage of growth, it still falls short of FCA CEO Sergio Marchionne's optimistic projection early in 2017 of 170,000 Alfas that year.

Marchionne was even more ambitious back in 2014 when he predicted 400,000 global sales and an eight-model lineup for Alfa Romeo by 2018. In 2016, those volume targets were slashed and the projected timeframe for an eight-model lineup was extended to 2020. Unfortunately, the Alfa Romeo representative we contacted wasn’t able to comment on that, either.

We don’t know for sure, but it would be a safe bet to say that crossovers and SUVs are a big part of the plan for Alfa Romeo’s growth in the near future. Crossovers quickly become the best selling model for just about every luxury brand and Alfa Romeo is no different. Alfa is off to a good start with the Stelvio, here’s hoping we get more “driver’s crossovers” like it in the future.

Sergio Marchionne Promises FCA Will Be Around For A While

The outgoing exec preached brand distinction while hinting at his successor.