It’s not too bad for the fastest SUV around the Nurburgring.

A second Alfa Romeo bearing the four-leaved clover will grace American streets very soon. The Stelvio Quadrifoglio performance crossover is about to be the most expensive thing you can buy at an American Alfa Romeo dealership with pricing recently confirmed by FCA to start at $79,995 plus a $1,595 destination charge.

What you’re getting for that money is a luxury mid-size crossover powered by an all-aluminum 2.9-liter twin-turbo V6 making 505 horsepower and 443 lb-ft of torque. It will come with Q4 all-wheel drive, which is something you can’t get in a Giulia Quadrifoglio. Alfa claims the performance Stelvio can go from 0-60 miles per hour in 3.9 seconds and has a top speed of 176 mph.

Alfa Romeo also makes the lofty claim that the Stelvio Quadrifoglio is the fastest production SUV in the world because of its record Nurburgring lap time of 7:51.7. But, you’re getting more than just a stellar engine with this SUV. It comes with unique exterior styling including a rear spoiler, a side sill insert, a special hood, and of course, hand-painted clover emblems. You also get adaptive suspension and a four-mode Alfa DNA Pro selector with four driving modes: Dynamic, Natural, Advanced Efficiency, and Race Mode.

In the family of FCA performance SUVs, the Alfa Romeo Stelvio Quadrifoglio is priced between the Dodge Durango/Jeep Grand Cherokee SRT which have matching specs of 475 hp and 470 lb-ft of torque and the Jeep Grand Cherokee Trackhawk famously powered by the supercharged Hellcat V8 engine which makes 707 horsepower and 645 lb-ft of torque. The Alfa is smaller, more nimble, and has two fewer cylinders than those muscular SUVs. It’s a distinctly European take on the idea of a performance luxury SUV in a way that the Dodge and the Jeeps aren’t.

We reached out the Alfa Romeo and a representative confirmed that the Stelvio Quadrifoglio will be available in American dealerships starting in late Spring in an email to The Drive. 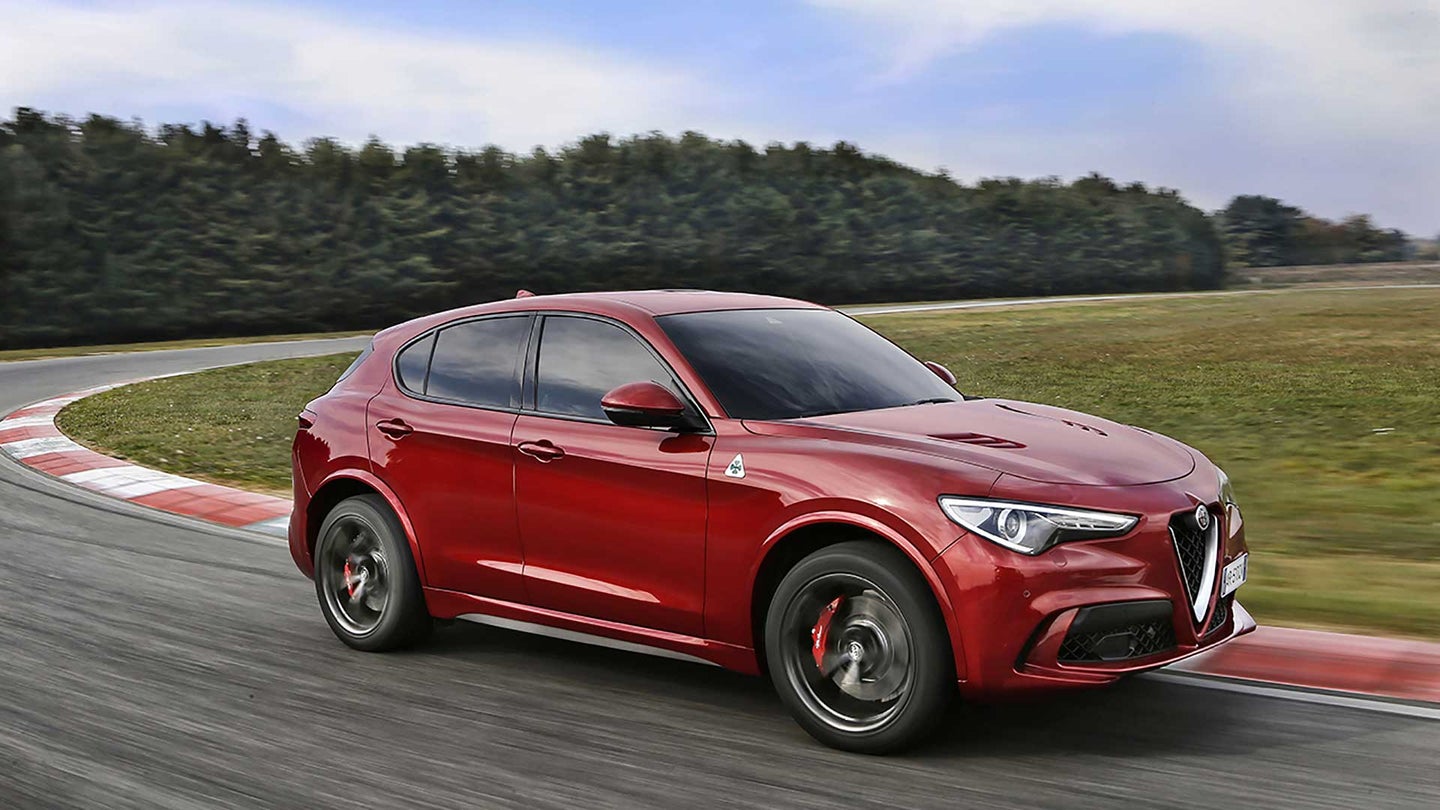 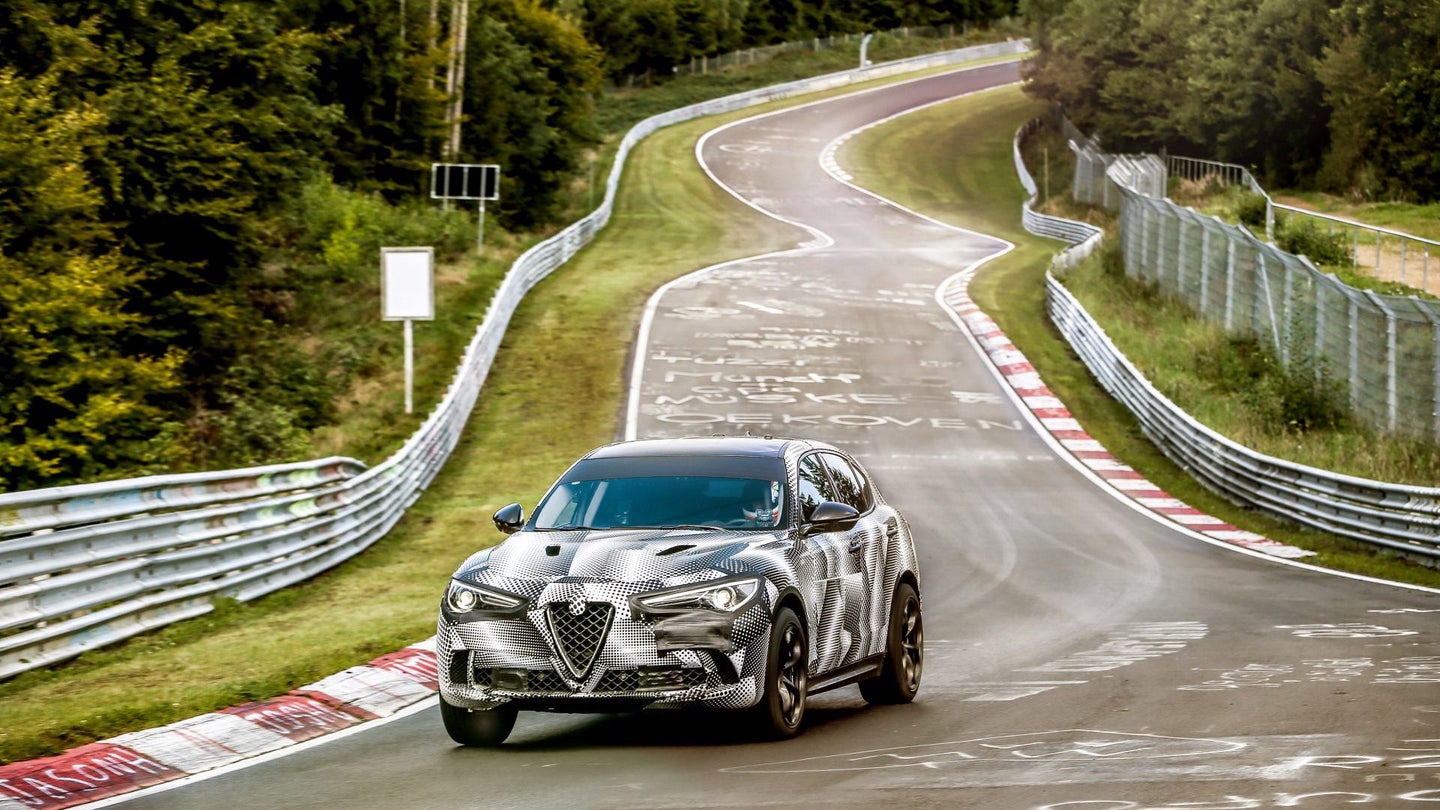 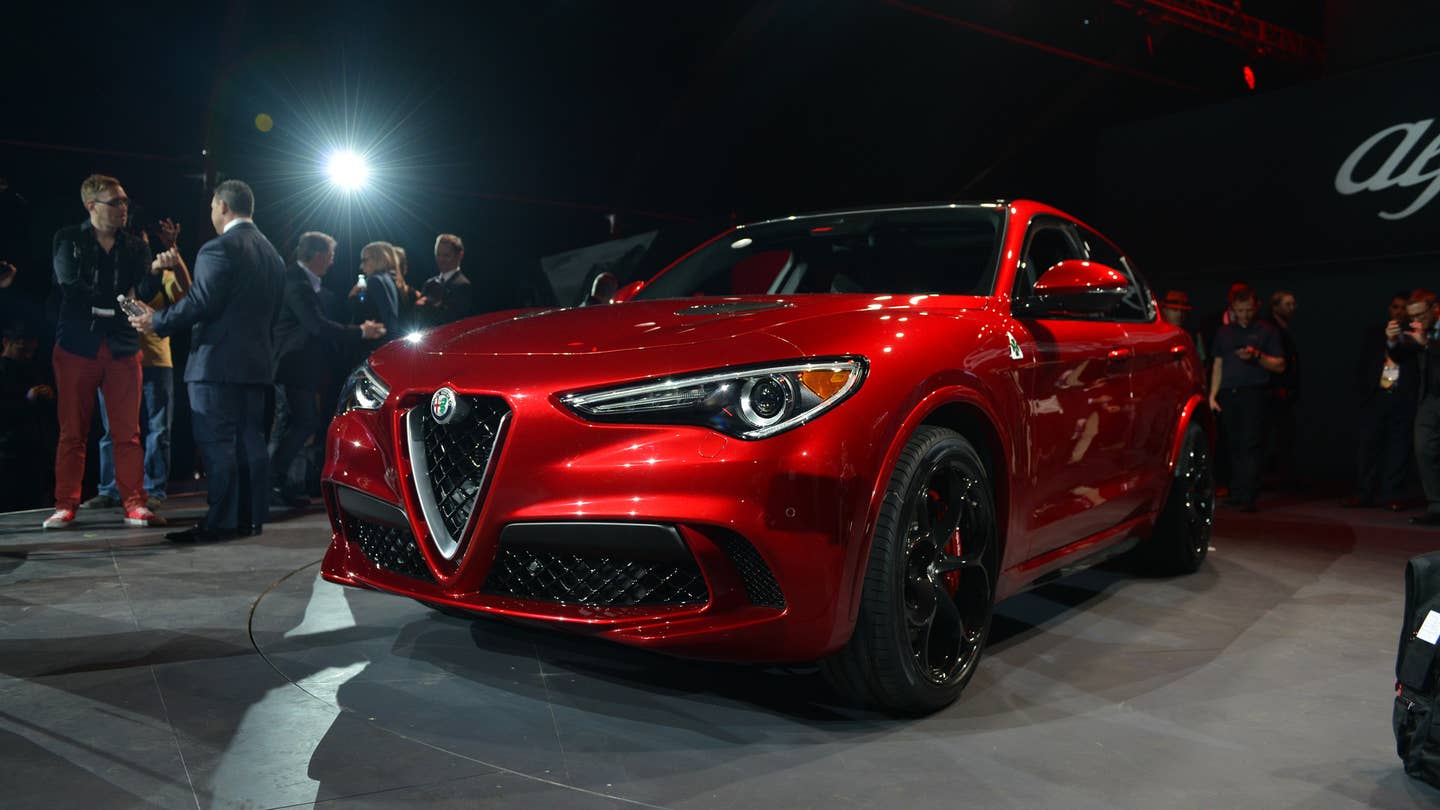 Leave it to the Italians to handpaint a billboard. 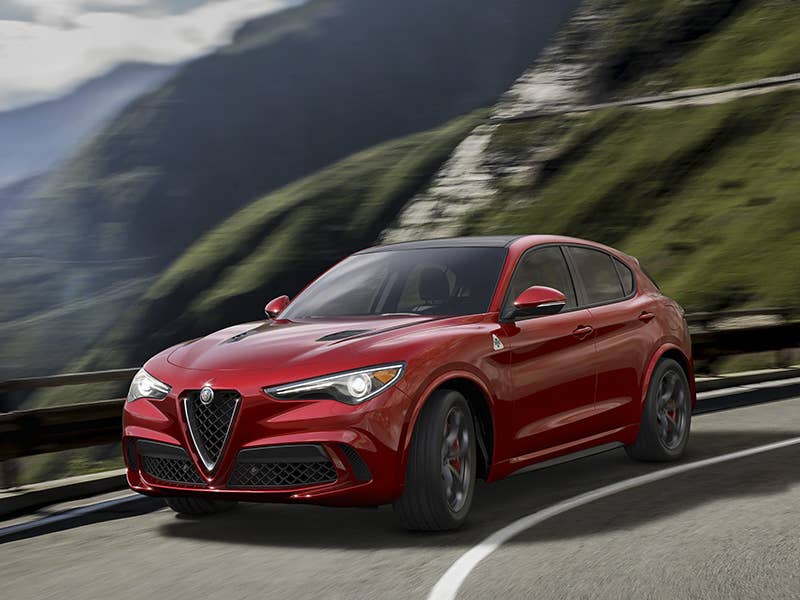