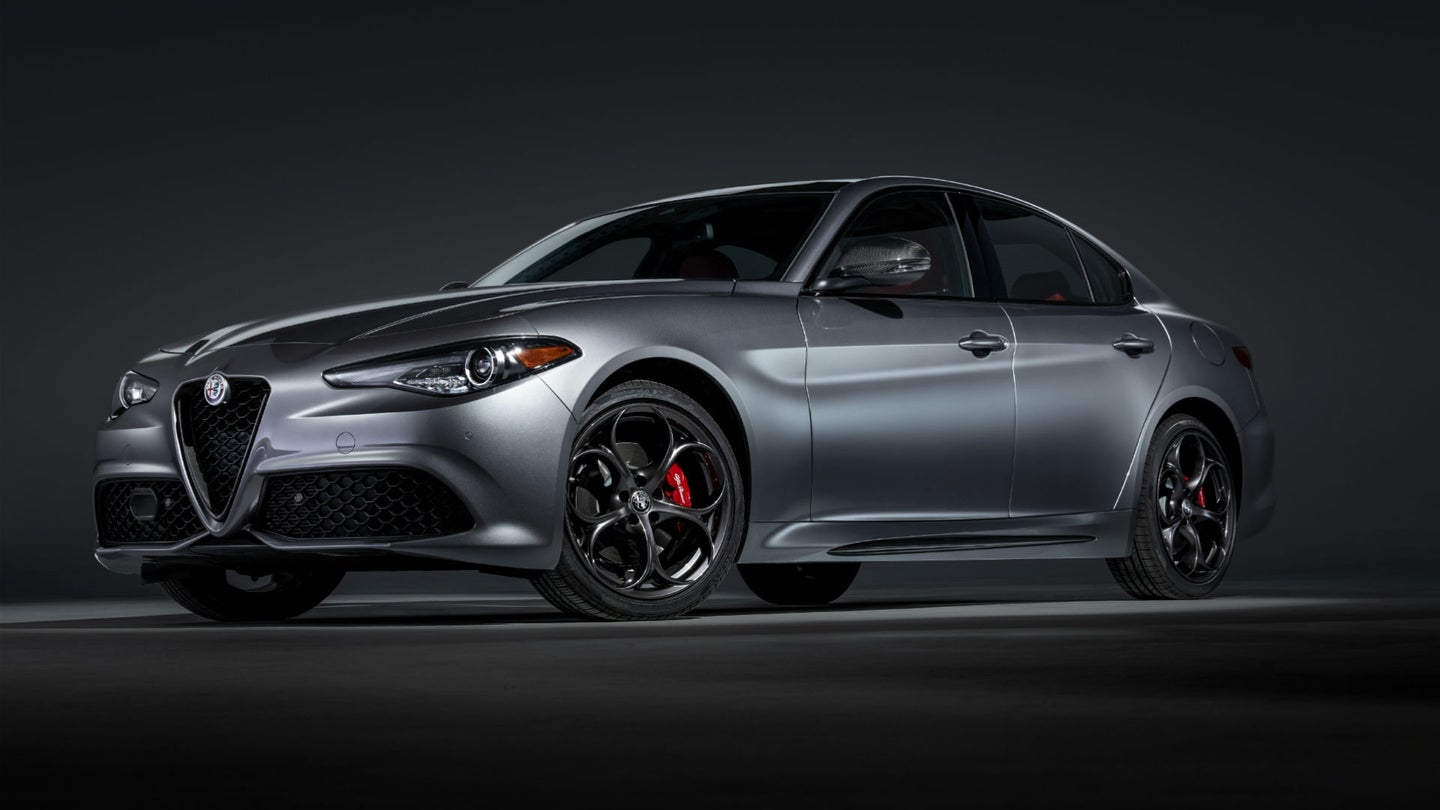 Much like with the new Stelvio crossover, Alfa Romeo has retooled the 2020 Giulia sedan to be more driver-centric while amusingly adding an extra heap of—get this—semi-autonomous technology. Pair that alongside the moderately reworked interior and Fiat-Chrysler's latest Italian four-door is as nice to sit in as it is to look at, which is certainly saying something in a world of drab city commuters.

Fundamentally, there aren't many groundbreaking changes in the 2020 Giulia. It still comes standard with a 2.0-liter gas engine that can be had in various states of tuning, paired to an eight-speed automatic gearbox that sends power to all four wheels or the rears only, depending on how you spec it. The hotter Quadrifoglio performance version is also in the pipes, but that won't come until the middle of next year, packing the same 505-horsepower, 2.9-liter twin-turbo V6.

What you will notice, however, is the step-up in Advanced Driver Assistance Systems. The new Giulia boasts SAE Level 2 capabilities, meaning the car can accelerate, brake, and steer itself in very limited conditions. Features like lane-keep assist, active blind-spot monitoring, active cruise control, and traffic sign recognition along with intelligent speed control ensure that the car is in-tune with its surroundings, although the driver still has decision-making control. Should they get a little too drowsy, the Giulia also offers driver attention assist which alerts them when it's time to pull over and get some shut-eye.

Rounding out the range of interior upgrades is the Giulia sedan's freshly redesigned cockpit, which rocks a 7.7-inch instrument cluster screen for useful driving data as well as a standard 8.8-inch infotainment unit. Other bits like the gear lever have been made anew, simply revamping the sedan and making it a nicer environment to spend time in.

Speaking of carbon fiber, Giulia customers will be able to option their cars with a multitude of accessories—including a new "Carbon Pack"—thanks to Mopar, FCA's in-house tuning arm. Alfa Romeo may not be the first brand that comes to mind when thinking of the performance wing that typically caters to Jeep and Dodge's SRT vehicles, but hey—we live in a globalized world.