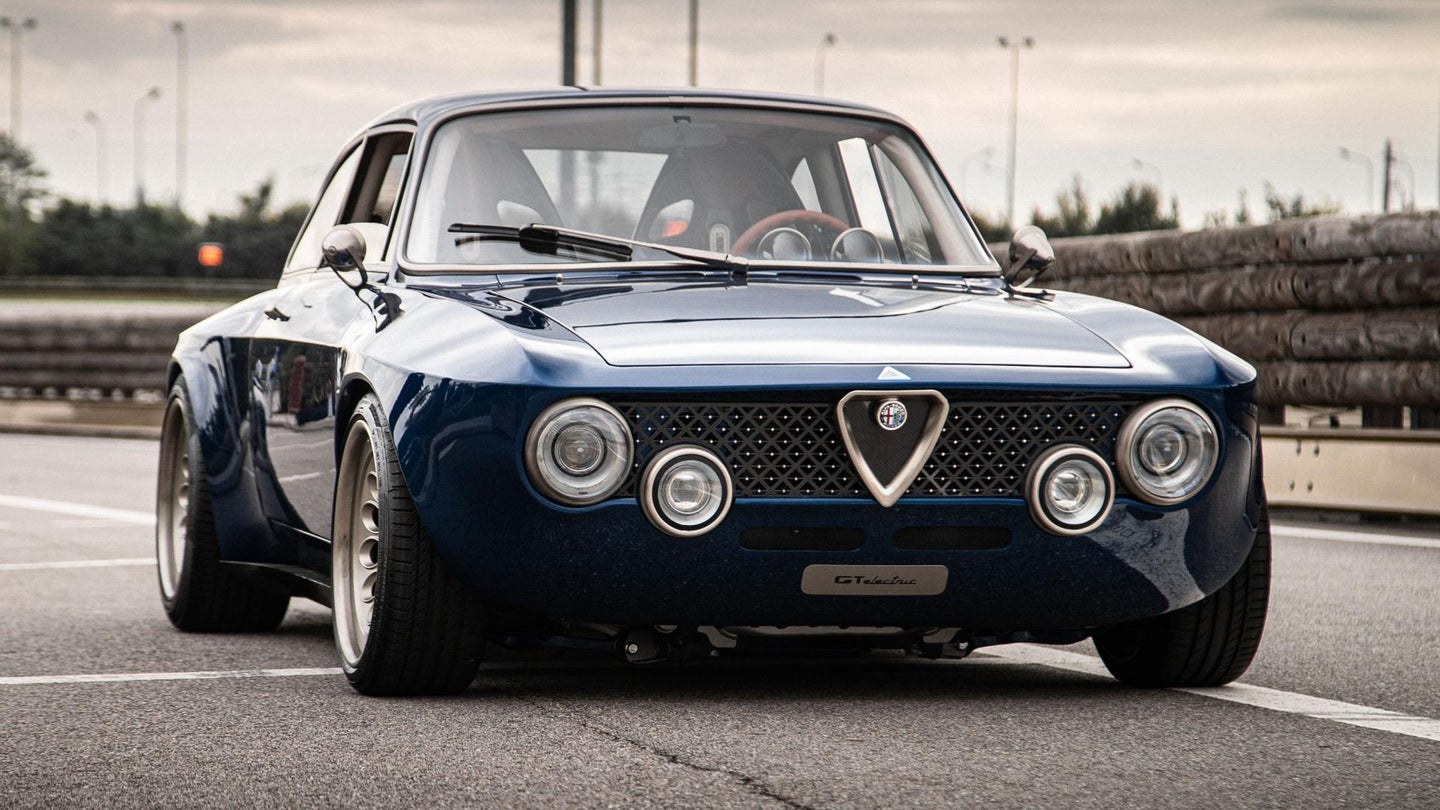 Bad news for Alfa fans who like getting under their car on the side of the road and getting their hands all greasy. A new Italian company called Totem Automobili has not only removed the Webers from your favorite classic Alfa Romeo Giulia—it has removed the engine altogether. With an electric drivetrain in place of the original motor, this widebody Alfa called the "GT electric," or just "GTe," puts 518 horsepower to the tire. It's more than just a simple swap, though.

In addition to the new drivetrain, the car gets a brand new interior and exterior elements. In fact, the car is rebuilt from the ground up. After stripping a 1970s GT Junior 1300/1600 down to its bare bones, the car is reinforced so that it won't kill you in a crash or fold up like an accordion when you inevitably decide to nail the throttle. After the safety measures are complete, the vehicle's arches are flared out and a slew of other aesthetic changes are made, inside and outside. You could say it's barely the same car anymore.

In fact, Totem Automobili says that very little of the original Alfa is still left—just 10 percent of the original body structure remains. Sort of makes you wonder why even start with a classic Alfa in the first place. The suspension is almost entirely redone as well, with the front Macpherson strut setup, rear multilink suspension, and rear subframe all completely new. With manually adjustable Bilsteins at every corner, the GT electric is certainly positioned to be an electric weapon on track.

Indeed, it has a carbon fiber body to try and offset the weight of the batteries, and thanks to much wider tires than the original car—and 518 horsepower—the GT electric can hit 60 miles per hour in just 3.4 seconds. Beyond the performance though, the 50.4-kilowatt-hour battery pack will also offer a reasonable 224 miles of range, and even amenities like air conditioning and keyless ignition are on display. You could at least make an attempt to drive this car every day.

However, it's not clear when the public will be able to get their hands on one of the 20 that will be made, nor will Totem Automobili say how much it costs. We all know the answer is likely going to be a lot, but are we talking about an insane price nobody can afford? Or an insane price that you could sell your house to afford? These are the important questions that must be answered.