Can You Instantly Kill A Running Engine in a Car With a Single Shot?

Depends on how big the round is. 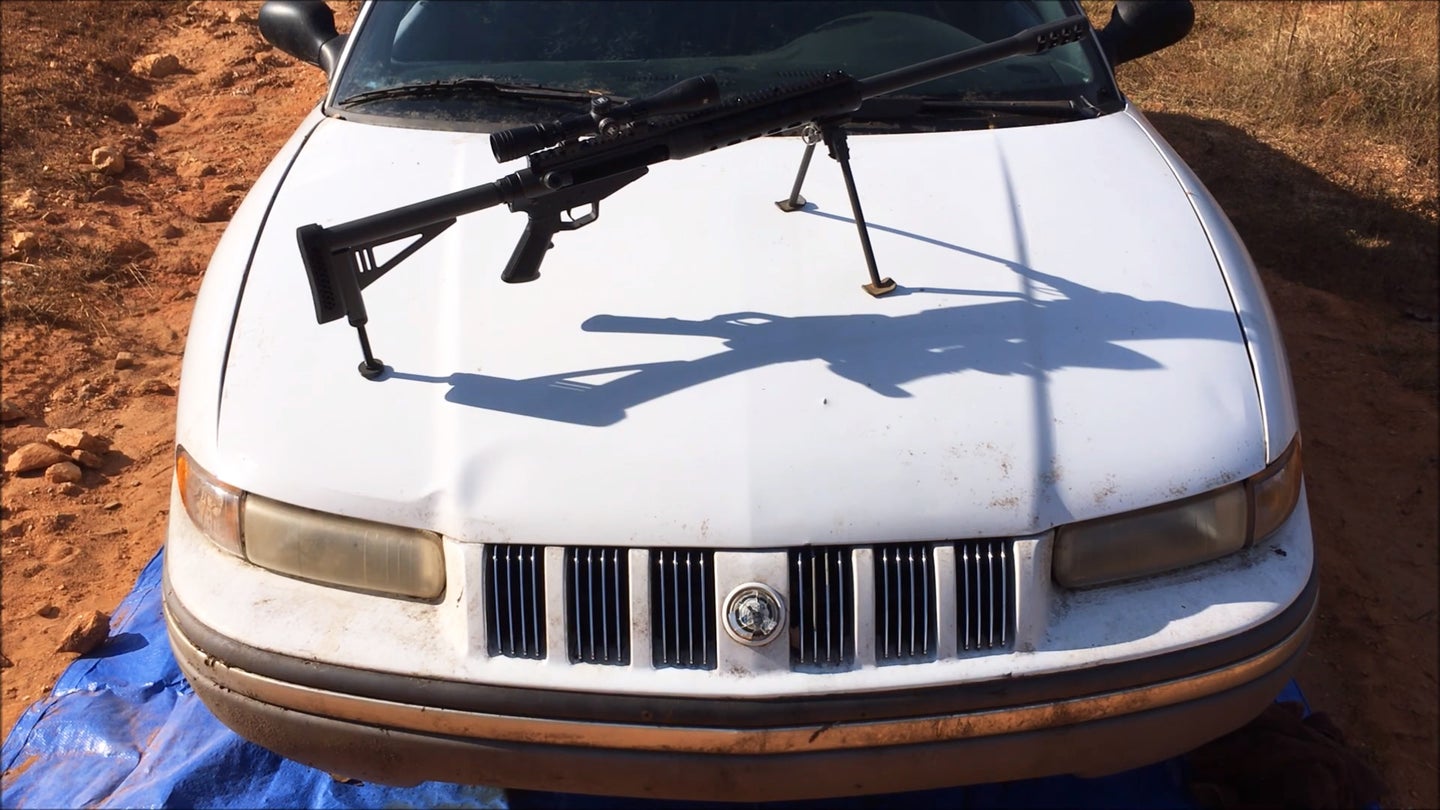 In most ways, real life is not like Grand Theft Auto. For example, a car won't catch on fire and explode just because you pump twenty bullets in the engine bay. But the people want to know—is it possible to instantly destroy a running engine with a single shot? Let's find out.

The man behind the 704 Tactical YouTube channel got his hands on an SHTF .50 caliber single shot rifle, a few rounds of .50 BMG ammunition, and a 1995 Chrysler Concorde. The .50 BMG (Browning Machine Gun) is a serious cartridge, as he demonstrates in the beginning, dwarfing most other munitions with its cartoonishly large dimensions. They're most often used by militaries in heavy machine guns and long-distance sniper rifles; in June, a Canadian sniper smashed the record for the longest kill with a two-mile shot using a McMillan TAC-50 and one of these rounds.

The Chrysler Concorde is not nearly as cool. Sold between 1992-1997, it was part of the wave of streamlined front-wheel-drive sedans built on the LH platform and designed to wash away the staid K-cars of the Eighties. The "cab-forward" design was pretty revolutionary at the time, and it hasn't aged too poorly compared to its contemporaries, but the rest of the full-size car is about as blah as can be. And that includes the star of today's show: the 3.3-liter EGA V6 engine, which put out a forgettable 153 horsepower when new.

After a few minutes of dramatic setup music, the experiment commences at 2:30. The car is idling fine (if a little rough) to start, and keeps on chugging after the first shot punctures the radiator, blows through a water hose, and embeds itself in the block. After a slight adjustment, the second shot goes straight through the Chrysler emblem—a literal bull's eye—and kills the engine instantly. A giant hole in the casing confirms the bullet's path.

But was it really one shot? You could argue that the impact of the first bullet weakened nearby areas, making it more likely the second one would get through. Given all the moving parts in an engine, though, all it would take is a bit of shrapnel in the wrong place and a severed oil line to trigger a catastrophic failure. One well-placed shot could be all you need.