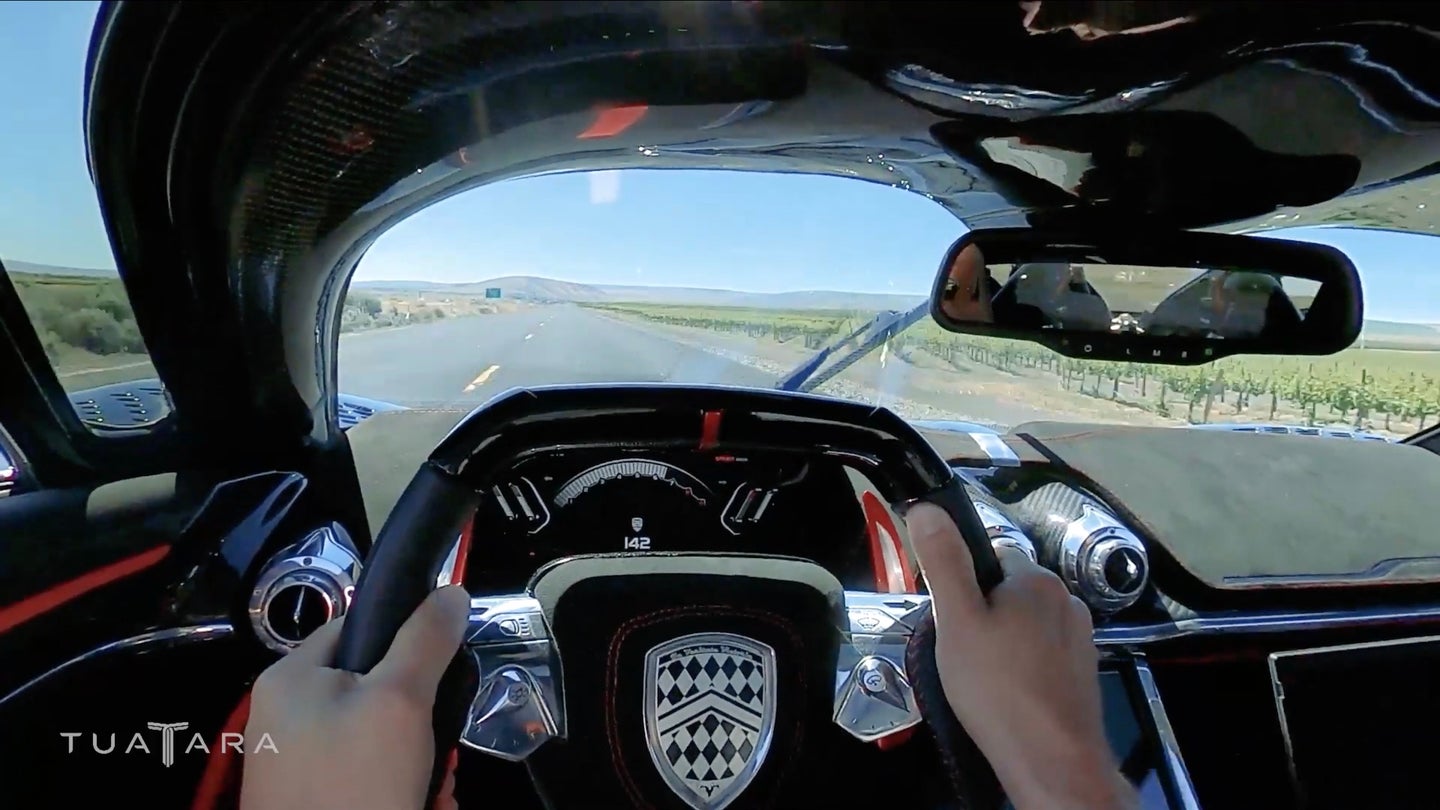 Numbers, numbers, numbers. They don't mean anything without a frame of reference, and if you've never ridden in a 707-horsepower Hellcat, you've got a snowball's chance in hell of imaging how something with 1,750 horsepower can accelerate. That, of course, is what cameras are for; they're so we can live vicariously through videos like the one recently uploaded by SSC North America, which shows its potential world record-breaking Tuatara hypercar zooming from 60 mph to 120 faster than most hypercars do zero to 60.

Powered by a 5.9-liter twin-turbo V8, the Tuatara can produce an almost unfathomable 1,350 horsepower on 91-octane pump gas, with another 400 being unlockable via E85. Rather than ramble on about what that kind of power can do, we'll let SSC show you.

The Tuatara takes exactly 83 frames (or 2.8 seconds) to leap from 60 mph to 120, or just as much time as a McLaren 720S takes to do zero-to-60. Its driver only eases off after reaching 142 mph, which may be less than half the Tuatara's eventual top speed—SSC says its massive power output and minuscule drag coefficient make it theoretically capable of over 300.

So far, only the Bugatti Chiron Super Sport 300+ can claim to have passed that mark, though because the SSC Tuatara produces 172 horsepower more than said Bugatti, one can't help imagining that the 300 club will gain another member. All SSC needs now is enough space to open the Tuatara's taps long enough, and we might know of a highway in Nevada that'd be good for just that.

Apparently, the originally planned production run of 399 examples was a bit much.