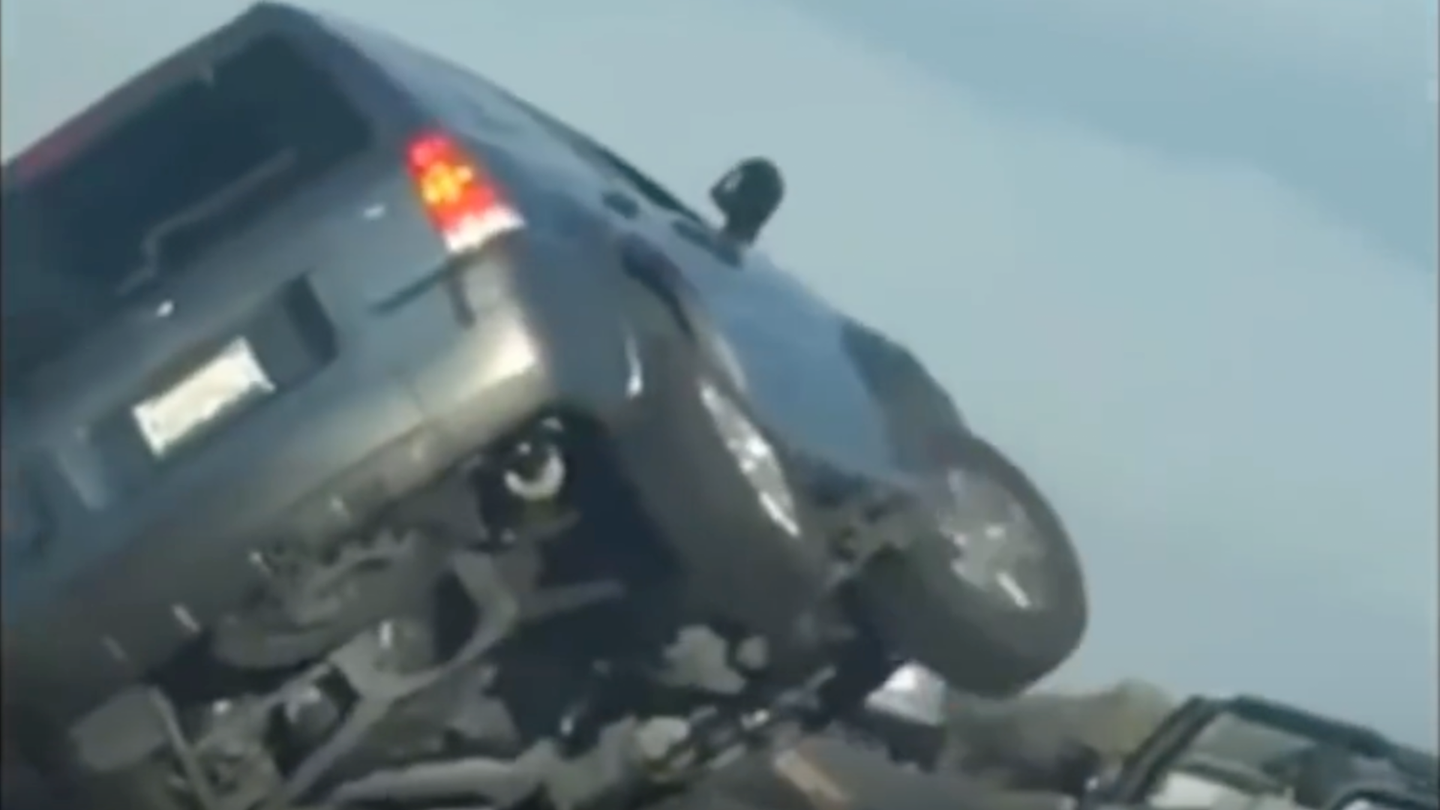 Road rage incidents can sometimes be entertaining to watch on social media, but the truth is that road rage is wildly dangerous and should be avoided at all costs. Such is the case of this recent example from Oceanside, California, where two folks simply couldn't help but escalate things on the side of the road.

The video uploaded to YouTube was taken by a witness of the roadside showdown, and we must admit that it was perfectly narrated, albeit rather explicitly. The altercation involves the driver of an early '90s BMW 3-Series Cabriolet and a first-generation Ford Escape, who for some reason have already parked their rides in the left lane by the time the footage starts.

The BMW owner can be seen walking up to the driver's side window of the Escape to give the soon-to-be criminal a piece of his mind. The driver of the Escape eventually rolls his window down, and that's when the entire altercation hits the point of no return. In a super douchebag move, the BMW driver spits in the other dude's face, which apparently was like waving a fresh cow carcass near a great white shark.

The driver of the Ford Escape completely loses his mind and attempts to ram the side of the BMW, but instead manages to flip himself in majestic fashion. Seriously, he couldn't have done a better job if he had actually tried to flip the darn thing. According to the Los Angeles Times, the driver of the Escape has been arrested and jailed, and the other driver could face felony assault charges. Stay safe, folks.